The incident took place at Hyderabad-Nagarjuna Sagar Highway, about 70 kms from Nalgonda district after collision between an autorickshaw and a container truck 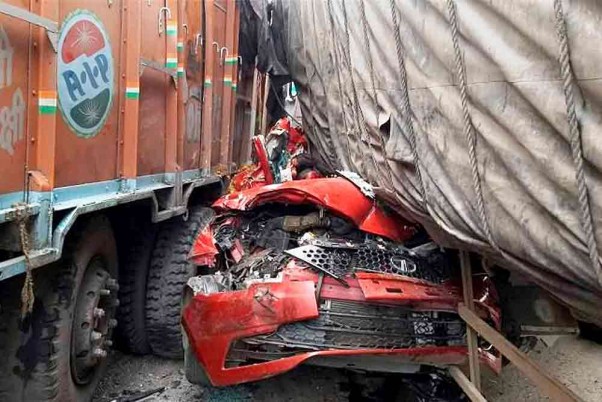 The incident took place on Thursday at Hyderabad-Nagarjuna Sagar Highway, about 70 kms from Nalgonda district when a jam-packed autorickshaw and a container truck collided head-on while overtaking.

He instructed the medical officers to give the best treatment to those injured and hospitalised, an official release said in Hyderabad.

Rao conveyed his condolences to the families of the dead.

A police official said, "Two more women died while undergoing treatment and 11 others are being treated in hospital."

The truck driver who is now in custody was found to be in an inebriated condition when the incident happened, the official added.

The other deceased was the driver of the bigger sized auto which was carrying 20 people. Except the driver, all of them were women farm labourers returning home from work, at the time of the mishap at Angadipeta, about 70 kms from Nalgonda, on Hyderabad-Nagarjuna Sagar Highway.

The truck hit the auto while trying to overtake another vehicle resulting in a head-on collision.