Congress President Rahul Gandhi, who announced the appointment of his sister as general secretary for Uttar Pradesh East Wednesday, said she has been given the target of ensuring that the party forms the next government in the northern state. 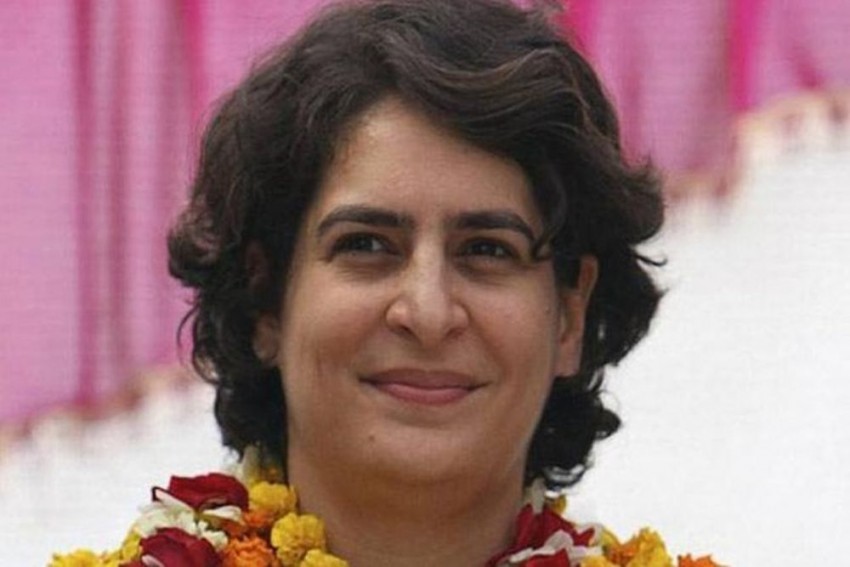 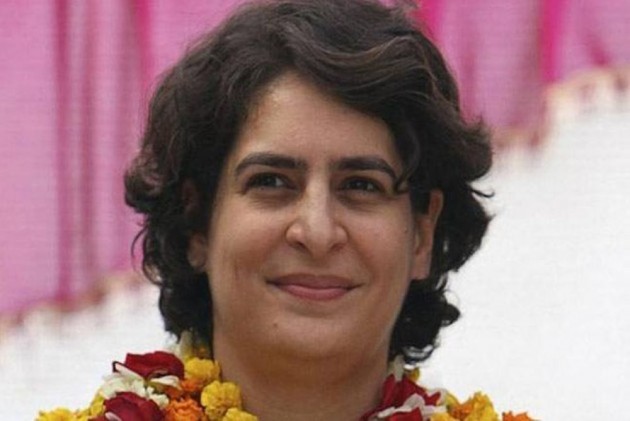 Even a day after the announcement, Priyanka Gandhi's formal entry into politics dominated the headlines and the political discourse with the Congress describing the move as a gamechanger, even as the surprise move was dismissed by the BJP as having no impact on the upcoming Lok Sabha polls.

Congress President Rahul Gandhi, who announced the appointment of his sister as general secretary for Uttar Pradesh East Wednesday, said she has been given the target of ensuring that the party forms the next government in the northern state.

“The move is going to be the game changer in the next three months,” Rajasthan Chief Minister Sachin Pilot said, amid speculation that Priyanka will stage a roadshow in UP next month. The elections to the Lok Sabha are due in April-May this year.

Pilot was speaking at a session titled 'Democracy, Freedom and the Political Process: Looking to the Future' on the first day of Jaipur Literature Festival in Rajasthan.

"Everyone in the Congress party works as a team and as far as Priyanka is concerned has been handling (the Congress) war room for long and hence we should not prejudge her qualities and ability," he said, adding that both Rahul and Priyanka complement each other.

Pilot was replying to a question on what qualities did Priyanka Gandhi have which Rahul Gandhi does not possess.

Addressing a public meeting in Salon area in Amethi on the second day of his visit to his parliamentary constituency, Gandhi said the Congress will fight the coming Lok Sabha polls with “full strength”.

Rahul Gandhi termed himself, his sister and mother Sonia Gandhi as “soldiers” for the people of the constituency.

"Priyanka and Scindia have been given a target. That is to form a Congress government in Uttar Pradesh in the next election by defeating and wiping out the BJP," the Congress president said. Along with Priyanka Gandhi, Jyotiraditya Scindia was made incharge of UP West.

While Rahul Gandhi won the 2014 parliamentary elections from Amethi, his mother Sonia Gandhi is an MP from adjacent Rae Bareli.
Priyanka Gandhi had until now confined herself to electioneering in the constituencies of her brother and mother.

Both fall under the turf carved out for Priyanka Gandhi. Narendra Modi’s Varanasi constituency and Chief Minister Yogi Adityanath’s bastion Gorakhpur are also in eastern UP.

Former Uttarakhand Chief Minister Harish Rawat, a senior Congress leader, said Priyanka Gandhi's entry into active politics is full of possibilities and bound to pave the way for UPA's return to power at the Centre.

"Priyanka Gandhi's entry into active politics is full of possibilities. I am sure it will revive the party in UP with people from all sections rallying behind the Congress the way they did in 2009 at the call of Rahul Gandhi paving the way for UPA-II," the AICC general secretary in-charge of Assam said.

"We will script history once again under the leadership of Rahul Gandhi and bring about a major political transformation," he said in a statement released in Dehradun.

Claiming that Priyanka Gandhi's political plunge will have no impact on the Lok Sabha polls, Union Minister Manoj Sinha, who is BJP's Lok Sabha MP from Ghazipur in eastern UP, said her appointment may have generated a buzz in Delhi but claimed it has drawn no response from the region of which she has been made in-charge by her party.

Sinha said the appointment is an attempt by the Congress to gain some importance in Uttar Pradesh as it was left in a "bad shape" after being left out of the opposition SP-BSP alliance.

At a BJP press conference in Delhi, he also played down ally Shiv Sena's praise for Priyanka Gandhi, saying it is the party's "personal opinion".

"Priyanka Gandhi Vadra was made a general secretary in Delhi and you people have been discussing it here. But it seems that people of the region of which she has been made in-charge are not noticing it," Sinha said.

He said the Lok Sabha elections will be fought on a "different plane", stressing that the Modi government has "changed the lives of 22 crore families with its development policies".

Bihar Deputy Chief Minister Sushil Kumar Modi, a senior BJP leader, said the BJP would "gain" in Uttar Pradesh from the entry of Priyanka Gandhi into active politics, claiming that the move was aimed at "threatening the SP-BSP alliance" with the spectre of a split in votes.

Sushil Modi also sarcastically said her appointment would bring the alleged corruption scandals involving her husband Robert Vadra onto the "centre-stage", which would be to the BJP-led NDA's benefit.

"The BJP is not at all worried. Why should it be when her entry is only going to help us. The Congress has brought in Priyanka with a view to threaten the SP-BSP alliance, with the possibility of a split in their votes. It is a desperate attempt to make Akhilesh Yadav and Mayawati do a rethink on their strategy," Sushil Modi told reporters in Patna.

As per the seat-sharing formula, the SP and the BSP would contest 37 seats each in UP, which has a total number of 80 constituencies.

Out of the six that remain, only the Congress citadels of Amethi and Raebareli have been left for the party, while four have been assigned to Ajit Singh's Rashtriya Lok Dal(RLD).

"If there is a split in anti-BJP votes, who else is going to gain except the BJP. Moreover, Priyanka would be seen as a representative of her husband Robert Vadra, whose name has cropped up in a number of massive scams. With her entry, the corruption cases against Robert Vadra will once again occupy the centre-stage," he remarked.