Custodial death of the two traders has again raised the spectre of police violence in Thoothukudi district and has put the present AIADMK government in a spot. 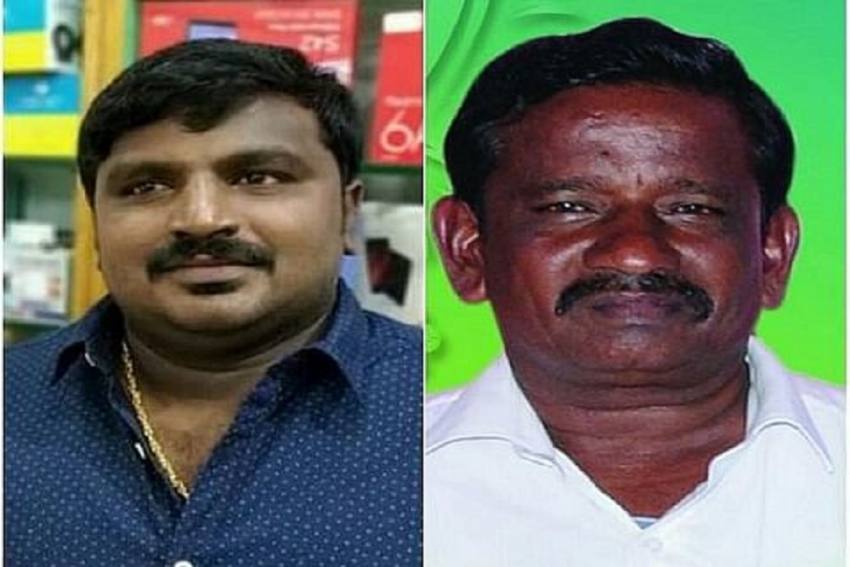 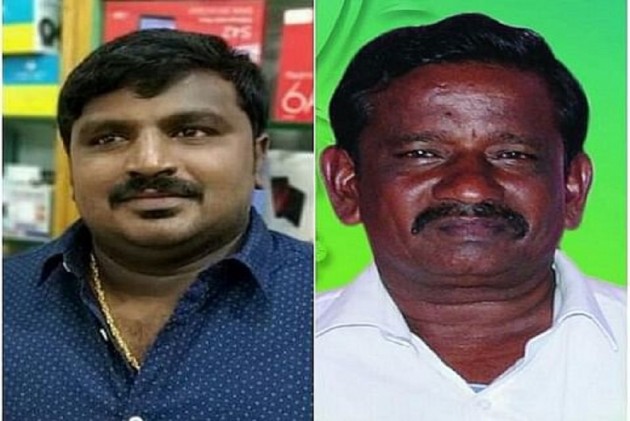 A government doctor’s report confirmed that P. Jayaraj (58) and his son J. Benicks (31) had suffered multiple injuries, allegedly due to police torture at the Sattankluam police station in Thoothukudi district on the night of June 19. 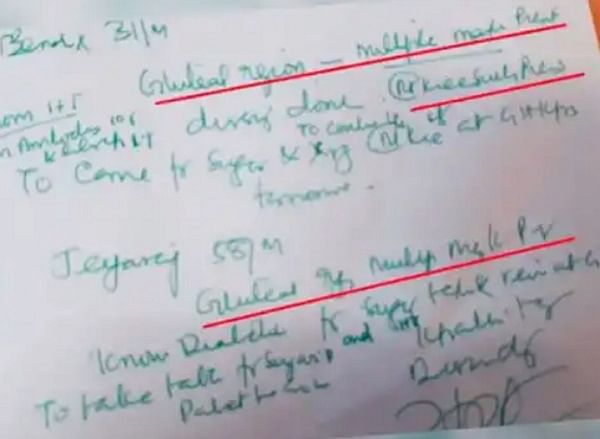 Dr. Venkatesh confirmed that he had examined the two at the sub-jail and his report was now part of the enquiry by the judicial magistrate, ordered by the High Court. He said that doctors are called to the jail if any of the detainees require any. “I was called to examine these two as they were very weak and needed medical assistance,” he said, refusing to elaborate further.

Unlike the Thoothukudi police firing, when a violent mob was on rampage and threatened to storm the district collectorate, the only offence committed by the father-son duo was that they kept their shops open beyond the notified hour. Even here, Jayaraj, a timber merchant, was actually closing down his shop and had pointed out other shops which were still open to the two sub-inspectors on patrol. For that, he was picked up and taken to the police station.

Benicks, Jayaraj’s son, had rushed to the station to bail out his father but was shocked to find out that his elderly father was being beaten by police lathis. When he pleaded with the cops to spare his father, he too was pounced upon. This was followed by a night of custodial torture, when the two were allegedly beaten with lathis in their private parts, behind the closed doors of the station. “We could only hear their horrifying cries as the police even refused to allow their lawyers to enter the police station,” recalled Durairaj, president of the local traders’ association.

Advocate Manimaran, a friend of Benicks, said they could hear angry voices, asking the two arrested traders how they dare question the police. “When sub-inspector Raghu Ganesh arrived, close to midnight, the cries from the two men grew louder, indicating that the level of torture had gone up,” he pointed out. “The two were pushed into the police jeep early in the morning and rushed to the judicial magistrate Sarvanan’s house, who remanded them to custody without even asking if they had any injuries, which is the norm,” Manimaran said.

Along with Section 188 of IPC (for disobeying the time restrictions ordered by a public servant), they were also booked under Section 383 (extortion by threat) and Section 506 (ii) (criminal intimidation). By citing criminal intimidation, which is a non-bailable offence, police ensured that the two would be sent to jail by the magistrate.

“By sending them to jail, the police cleverly passed on the responsibility of the health of the two traders on the jail authorities. And it was inside the jail that their condition worsened due to heavy bleeding, especially Benicks. We had to bring fresh lungis, since Benicks clothes had become blood soaked. Benicks was unable to stand or sit and was in tremendous pain. He cried that someone had inserted a lathi into his anus and hit the other end with another lathi. He also said that his father had been kicked repeatedly by two to three policemen,” said Manimaran, who managed to catch a few minutes with Benicks as he was being transported to the hospital on June 21.

On the morning of June 22, Benicks succumbed to his injuries, apparently due to heavy internal bleeding. Later in the night, his father also died of respiratory problems, cause due to a punctured lung. Strangely, the police FIR, in which the complainant was a police constable, said the two had suffered injuries as they had rolled on the floor of the police station in protest against their detention.

Though two sub-inspectors have been suspended and the inspector of the station has been put on compulsory wait, magistrate Saravanan, who remanded the two to jail without even examining them orally, has not been questioned. The Madurai Bench of the Madras High Court has demanded a report from the district judge regarding the judicial officer’s role. The HC also said it would supervise the probe directly, which helped control the tense situation in Thoothukudi.

Since the two deceased belonged to the powerful and well-networked Nadar community, traders across the state rallied together to protest their brutal deaths and demanded the arrest of the two sub-inspectors. The Nadars constitute a sizable voting bloc, prompting the ruling AIADMK and opposition DMK to each announce a compensation of Rs. 25 lakhs to the family of the deceased, in addition to Rs. 20 lakhs given by the state government.

“It is clearly a case of abuse of power as the police are using curbs imposed due to the pandemic to enforce their own rulebook. A CrPC amendment clearly states that if an offence attracts less than 7 years imprisonment, no one should be arrested for the same. Even if they are arrested, the reasons should be clearly entered in the general diary of the police station. None of the procedures were followed,” observed a retired police officer.

Also Read | When The Law Is Equal, How Do Cops Often Get Away With Their Crimes?