'If We Get Orders, We Will Act': Army Chief Naravane On Reclaiming PoK

The Army chief pointed out that a Parliamentary resolution states that the entire Jammu and Kashmir region is a part of India. 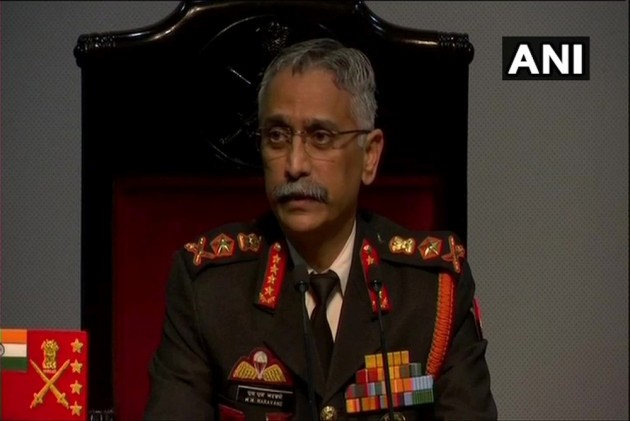 He pointed out that a Parliamentary resolution states that the entire Jammu and Kashmir region is a part of India.

"There is a Parliamentary resolution, that entire Jammu and Kashmir region is a part of India. If Parliament wants it, then that area (PoK) also should belong to us. If we get orders to that effect, we will take appropriate action," the Army chief said while speaking to the media in Delhi.

General Naravane took over as the 28th Chief of the Army Staff on December 30, succeeding General Bipin Rawat who has become India's first Chief of Defence Staff. Naravane previously served as the Vice Chief of Army Staff.

General Naravane termed the creation of the post of CDS "very big step" towards the integration of the three forces and said the Army will ensure its success.

He also asserted that allegiance to Constitution should guide "us in all times". "Justice, liberty, equality, and fraternity as enshrined in Constitution must guide us," he said.

Addressing a press conference, Gen Naravane said the focus of training will be on preparing the Army for future wars which will be network-centric and complex.

"We are prepared to deal with challenges along northern border," the Army chief said when asked about China enhancing military infrastructure.

"We are initiating rebalancing of preparedness along northern border, including moving advanced weapon systems," he said.

He said the focus will be on integration within the Army and among the three services.