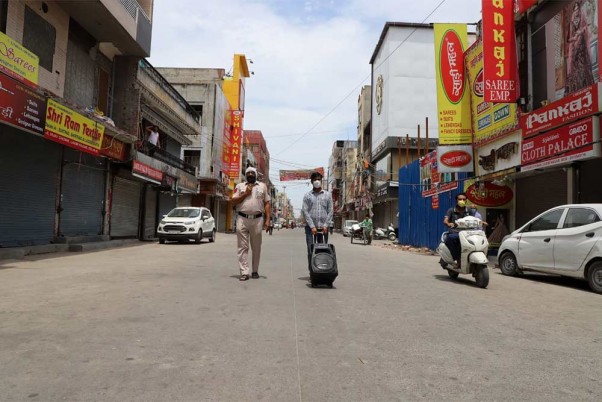 In a bid to contain the spread of coronavirus, the Rajasthan government ordered the closure of offices and markets from Monday to May 3, according to a release.

Here’s What’s Allowed And What’s Not

‘50% Of The Industry Will Not Manage To Reopen Again’, Says Restaurateur AD Singh On Lockdown

The sale of fruits and vegetables will be allowed till 7 pm.

Those entering Rajasthan will have to show a negative RT-PCR report issued 72 hours prior to the travel.

Vendors will be allowed to distribute newspapers from 4 am to 8 am.

The number of guests in private functions, marriages and other social gatherings has been restricted to 50.

The government had also ordered the closure of cinema halls, multiplexes and amusement parks.

In order to prevent the migration of people, industrial units will also be allowed to function during the lockdown.

Electronic and print media employees will be exempted on showing their identity cards.

Those who are travelling by train, bus or flight will be allowed to move on showing their travel tickets.

Earlier, the Rajasthan government had imposed a night curfew in the entire state from April 16. All educational and coaching institutes will too remain shut till April 30.

Not more than 20 persons will be allowed for the funeral, the earlier order had said.

Forty-two more people died from coronavirus in Rajasthan on Sunday as a record 10,514 cases surfaced, the highest so far since the outbreak of the pandemic in the state last year.

The infection has killed 3,151 people in Rajasthan, which has reported 4,14,869 infections so far, according to a health bulletin.