When he was finally admitted, the family did not have the money to buy an injection that cost Rs 32,000. The man, who performed in a music band, died on June 25. 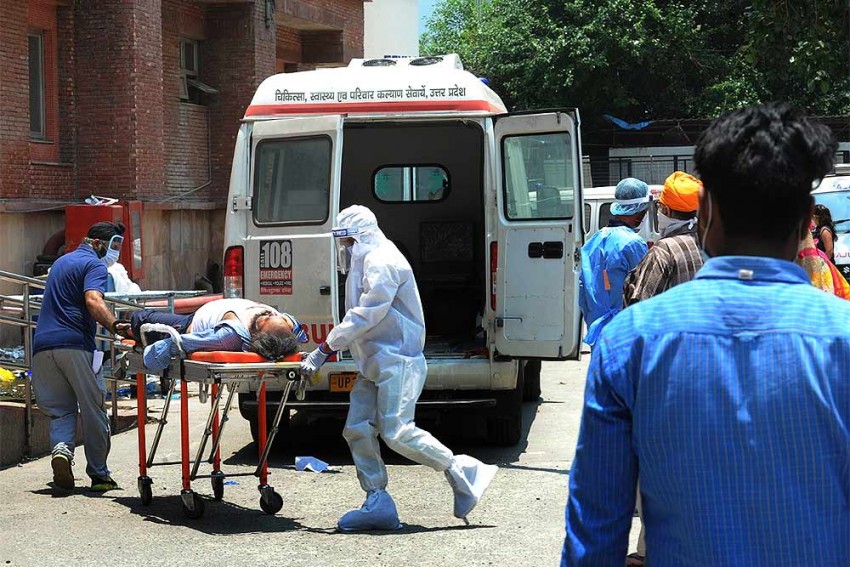 Family of a 64-year-old man who succumbed to coronavirus infection in neighbouring Navi Mumbai has alleged that he had to be kept in an ambulance for a whole day before he could be admitted to a hospital.

When he was finally admitted, the family did not have the money to buy an injection that cost Rs 32,000. The man, who performed in a music band, died on June 25.

"He developed a coughing and breathing problem on June 20. We took him to the Navi Mumbai Municipal Corporation's (NMMC) COVID hospital at Vashi," his son told PTI.

"There was no bed with oxygen supply available, so I was asked to go to another hospital," he said.

"I asked them to tell us where to go, but they did not guide us and only said go to a private hospital," he said.

"Then I started searching for a hospital. After a few hospitals refused to admit him, I called a cardiac ambulance and put my father in it because he needed oxygen support," said the son, who also performs in a music band.

The next day the man was admitted to a private hospital in Kopar Khairane area.

When the doctors told him that his father would need an injection which cost around Rs 32,000, he approached the NMMC for help, but the authorities said they could not do anything, he alleged.

Four days after he was admitted, his father died on June 25, he said.

The hearse arrived after three hours and there was no attendant with it, he said.

"My brother-in-law and I donned PPE kits and took the body for last rites," he said.

"It is all very unfortunate. We are sons of the soil, this city stands on our land, and I am a regular tax payer, but the NMMC could not provide a single injection to save father's life," he said.

"I am telling this to the media now because I don't want any other patient to die in this way. The NMMC should improve its medical facilities," he added.

As of Friday, the virus had claimed at least 232 lives in Navi Mumbai.