Home  »  Website  »  National  »  Covid-19 Vaccine May Be Ready In Some Weeks, Immunisation To Begin After Scientists' Nod: PM Modi

Covid-19 Vaccine May Be Ready In Some Weeks, Immunisation To Begin After Scientists' Nod: PM Modi

The vaccination drive in India will begin as soon as scientists give the nod, Prime Minister Modi said. 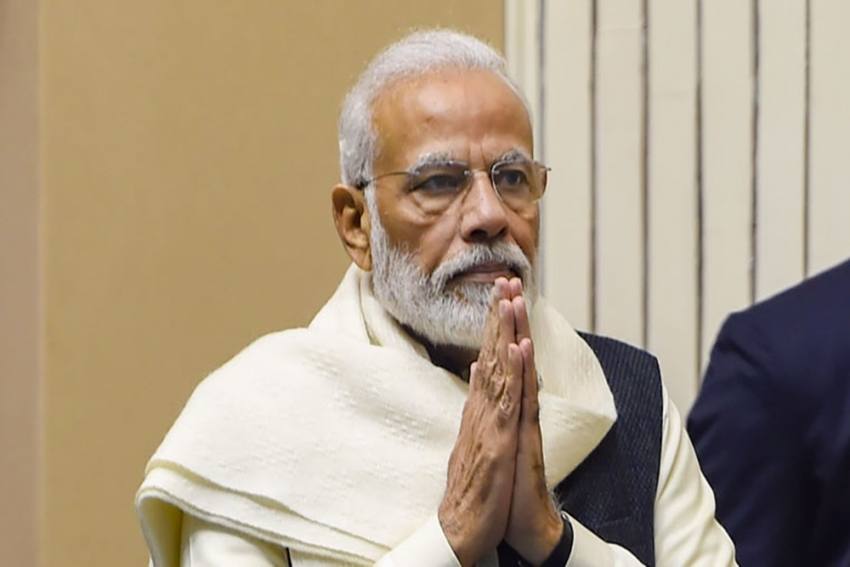 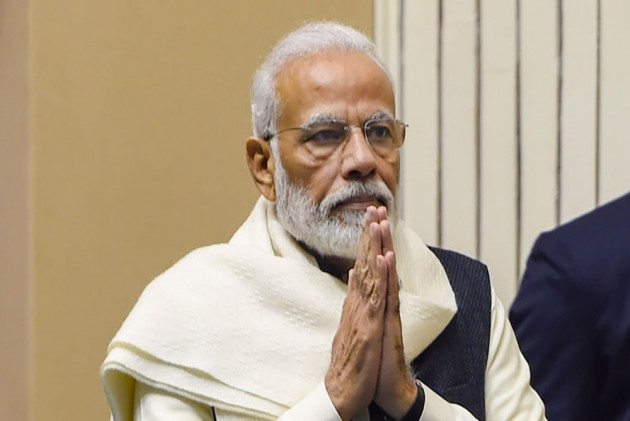 Prime Minister Narendra Modi on Friday said a Covid-19 vaccine may be ready in a few weeks as he noted that experts believe the wait for it will not be long, and asserted that the vaccination drive in India will begin as soon as scientists give the nod.

In his remarks here at an all-party meeting held virtually to discuss India's Covid-19 vaccination strategy, Modi said healthcare workers involved in treating coronavirus patients, frontline workers, who include police personnel and municipal staff, and old people suffering from serious conditions would be inoculated on priority.

Opposition leaders also expressed their views in the meeting with Congress leader Ghulam Nabi Azad saying that a Covid-like pandemic can pose a threat to the country's internal security and policymakers should address this challenge.

The Leader of Opposition in the Rajya Sabha, who is also a former Union health minister, said that the country should be well placed to get vaccines at affordable prices and at an early stage.

In his concluding address at the meeting called by the Union government to discuss the pandemic situation, Modi sought to address most burning aspects of the issue, ranging from India's vaccine readiness to its pricing, and reiterated that the country has done better than even some developed countries and those with better health infrastructure in tackling the pandemic.

Noting that there have been questions about the price of the Covid-19 vaccine, the Prime Minister said it is natural to have such queries and asserted that public health will be accorded top priority in the matter and states will be fully involved.

This is the second all-party meeting called by the government over the pandemic issue since its outbreak.

The Union Health Ministry gave a presentation at the meeting. It said the vaccine, when it becomes available, will be first given to about one crore health workers from both the public and private sectors, and then to about two crore frontline workers.

Modi said nearly eight vaccine candidates, three of which are indigenous, are at different stages of trial and will be manufactured in India.

Speaking about his interaction with Indian scientists involved in developing the vaccine and his visit to Pune, Ahmedabad and Hyderabad facilities where work is on in this regard, Modi said they are very confident of success.

Their confidence level is very strong, he said, adding that various vaccines from different countries may be being spoken about but the world is keeping a watch on having a vaccine which is cheap and also safest.

That is why, he said, it is natural that the world is looking at India, a global centre for mass manufacturing of different vaccines at a very affordable cost.

In his remarks at the meeting, TMC leader Sudip Bandopadhyay said state governments have been cooperating with the Centre to fight the pandemic and in many cases, they are coming up with ideas to prevent the spread of the disease.

"In West Bengal, the situation is being monitored categorically," he said.

The TMC government has taken various measures to fight the pandemic and these include setting up of dedicated Covid hospitals, plasma banks, and tele-counselling, free ambulance, special helpline, integrated helpline and admission helpline services, he said.

The Prime Minister said a feeling of fear and apprehension marked the months of February and March, when India reported its first Covid-19 cases, but now an atmosphere of "hope and confidence" has replaced it, asserting that India has come a long way in its fight against the disease.

"India is one of the few countries where the testing and recovery rates are very high and the mortality rate is very low. Compared to developed countries, India has fought against Covid much better and has managed to save a lot of lives," Modi said.

Striking a note of caution, the Prime Minister referred to a fresh surge in Covid cases in some countries and said no one knows what shape future will take as he called for adhering to "proven weapons" like the use of masks and keeping social distance to keep the virus at bay.

At a time when the country stands on the verge of having a vaccine, any carelessness can be damaging, he asserted, underlining the need for having public participation and cooperation in curbing the pandemic.

Modi also urged political parties to keep the masses aware and protect them from rumours which, he added, are often spread whenever there is a mass vaccination exercise.

The Centre is working in tandem with states for vaccine distribution, he said, adding that India is better than many countries when it comes to expertise and capacity of the programme.

India has also prepared a software, Co-WiN, which will have real-time information about the vaccination drive, including available stock of vaccine, he said, adding that a "National Expert Group, which has representation from the Union as well as state governments, will spearhead such an exercise.

Besides Azad and Bandyopadhyay, floor leaders of various parties in Parliament including Adhir Ranjan Chowdhury of the Congress, Sharad Pawar of the NCP and Ram Gopal Yadav of the SP were among those who attended the meeting.

"The leaders assured the prime minister of their full support to ensure efficient and speedy vaccination. They hailed the leadership of the prime minister in tackling the pandemic and praised the scientific community as well as vaccine manufacturers for their efforts in vaccine development," it added.