Covid-19 May Wipe Out Andaman Tribes If Utmost Precaution Not Taken, Scientists Warn

A group of 11 scientists from 13 institutions across the world have sounded the alarm based on the genomic analysis of Indian populations. 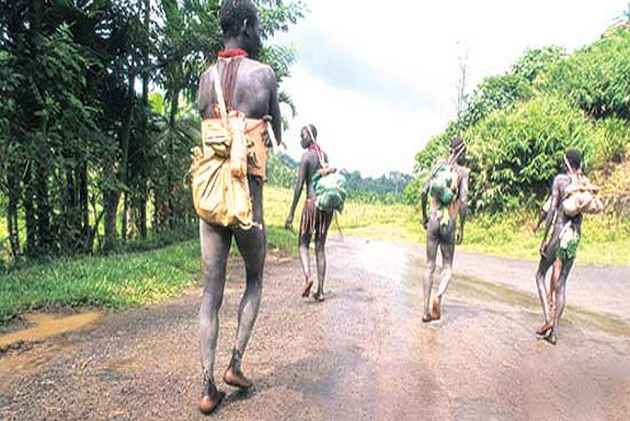 Indigenous tribes of Andaman & Nicobar Islands, who have been living in isolation for tens of thousands of years, are under serious threat from the SARS-CoV-2 virus that causes respiratory disease Covid-19.

A group of 11 scientists from 13 institutions across the world have sounded the alarm based on the genomic analysis of Indian populations.

The team investigated the high-density genomic data of about 1600 individuals from 227 populations across India and concluded that the genetic structure of indigenous tribes such as Onge and Jarawa of A&N makes them prone to Covid-19.

In India, there are about 70 such tribes who have been living in isolation for thousands of years. Besides A&N, they are spread in states like Chhattisgarh, Jharkhand, Odisha, Bihar, Kerala etc.

“The genetic composition of these tribes vary from a normal population. Since their population is very small and cut off from the rest of the world for at least 25 thousand years, they have to choose their sexual partners among their close tribal members only (strict Endogamy),” Prof Chaubey from the Department of Zoology, Banaras Hindu University (BHU), said.

He added, “As the biological father and biological mother are from the same tribe or maybe most often close relatives, their children will inherit genes with the identical DNA sequence. They carry larger homozygous DNA.”

Prof Chaubey has co-led the study with Dr Kumarasamy Thangaraj from the Centre for Cellular & Molecular Biology (CCMB) under the Council of Scientific & Industrial Research (CSIR) and it has been published in the science journal Genes and Immunity.

This type of genetic makeup makes an individual not only susceptible to the virus but the fatality rate may also tend to be quite high. This is the first study of its kind that have used genomic data to predict the risk of Covid-19 on small and isolated tribal population.

Dr Thangaraj is of the view that since their population is already quite low, there is a high probability that Covid can wipe out their existence from the earth in case any of the members contract the virus.

Dr Thangaraj has been studying the genetic makeup of rare tribal populations for almost two decades and his first significant study published 15 years had revealed that A&N tribes were the first who migrated from Africa about 65,000 years ago.

“Since we already have the genetic samples of about 36 such tribes from our previous studies, we didn’t need to visit them and collect the sample afresh. We arrive at the conclusion on the basis of these 36 samples and their comparative study with other populations. Now the study applies to all approximately 70 tribes,”  Dr Thangaraj said.

The team undertook the research after the news reports that the death rate among the indigenous groups of Brazil was double as compared to the normal population. The impact of the virus is so severe that many of the indigenous communities have reached the verge of extinction.

The unusual behaviour of the virus among the tribal population prompted these scientists to investigate their unique genetic aspect as the genes of an individual always play a key role in fighting against any disease.

“Results obtained from this study suggest that we need to have a high priority protection and utmost care for the isolated populations so that we don’t lose some of the living treasures of modern human evolution”, said Dr Vinay Kumar Nandicoori, Director, CCMB, Hyderabad.

These scientists fear that illegal intrusion by tourists can pose a threat to the existence of these tribes in the post-Covid era.

In November 2019, 27-year-old American tourist John Allen Chau landed in North Sentinel Island illegally and tried to contact Sentinelese tribes whose population is less than 150. They killed him with arrow shots on the beach before he could enter the island.

“Besides the intrusion of travellers, in many places, health care workers also visit them to provide health facilities. They can also be a carrier of the virus. So the government must ensure that whosoever visiting the area, he or she should not carry the pathogen,” Nandicoori added.