Scientists believe that the Covid-19 positivity rate in the national capital will hit a high of 50 per cent and then eventually decline after one week. 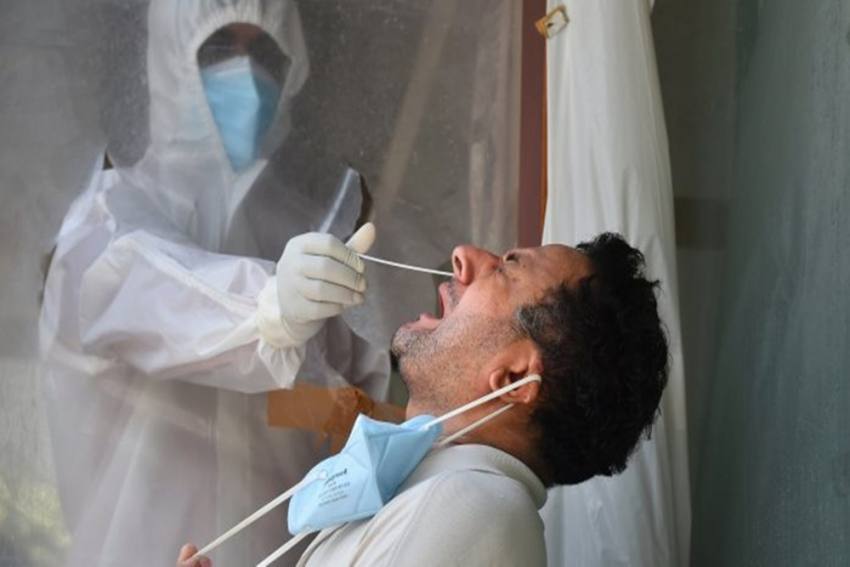 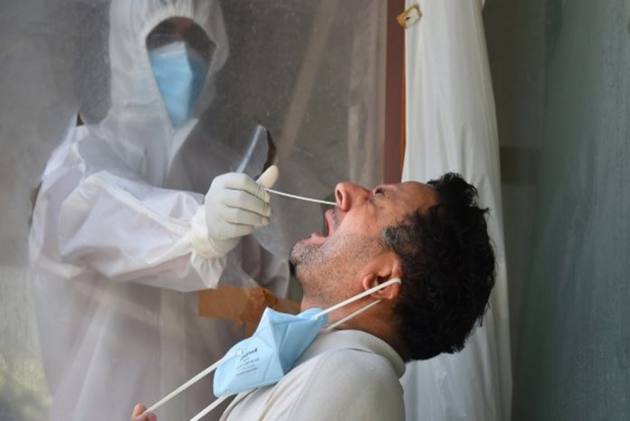 While the shortage of ICU beds, Covid-19 vaccines and oxygen cylinders in Delhi has painted a grim situation, scientists believe that the raging second wave of the pandemic will peak within a week, after which the number of positive cases in the national capital will go down.

This news comes in the backdrop of the Delhi government imposing a 6-day lockdown starting Monday. The lockdown will be effective till 5 am on April 26. The lockdown may further help in the second wave of the pandemic reaching its peak sooner, as scientists believe that one of the main reasons for the spike in cases was people not following social distancing norms.

Dr Jugal Kishore, the head of community medicine at Safdarjung Hospital, said, "The virus spreads from person to person in close proximity. Over the last few months, people have been meeting each other at a greater pace without following Covid-appropriate behaviour. The results are before us."

Citing the findings of a serosurvey conducted in January, he said around 50 per cent of Delhi's population has already been exposed to coronavirus, and there are "very few" cases of re-infection.

According to the fifth serosurvey, conducted between January 15 and January 23, around 56 per cent of Delhi's population have developed antibodies against the deadly virus.
"Even if we say only 40 per cent of people have been affected so far...Delhi may achieve herd immunity if 30-35 per cent of the remaining population is exposed to the virus," he said.

When a large part of the population develops antibodies and becomes immune to the virus, the chain of transmission is broken, and this is called herd immunity.

Dr Kishore said Delhi is "likely to hit the peak of the second wave within a week", considering the exponential increase in cases.

Dr Yudhvir Singh, Assistant Professor of critical care at the All India Institute of Medical Sciences, said this Covid-19 wave is nearing its peak in Delhi and the next week is going to be crucial.

"The positivity rate may as well touch the 50-per cent mark," he said.

Cases will start receding by April-end and the situation will be comparatively better by the second week of May, Singh, who is a member of the "COVID Clinical Management Team" at AIIMS, said.

Asked about the reasons behind such a high number of cases in Delhi this time, Dr Singh said people let their guard down and didn't take proper precautions at a time when it is likely that the second wave was being fuelled by the highly infectious "double mutant" strain of the virus.

"Entire families are turning out to be positive. Ninety per cent of the people threw caution to the wind ... didn't follow Covid-19-appropriate behaviour," he added.

Another reason is that a large number of non-Delhi residents have been coming to the national capital for treatment. They comprise some 30 per cent of all Covid patients admitted in hospitals here, he said.

He said the virus will evolve with time and "may become weak or strong, anything is possible”.

Most viruses tend to become less deadly after mutations, he added. The number of people getting vaccinated in the coming months will also determine how severe the situation will be, he said.

Dr N K Ganguly, the former head of the Indian Council of Medical Research, however, said the capital might have "hit the peak already" of this wave of coronavirus.

"The cases will start coming down next week. Similar trends (positivity rate and death rate) were witnessed in the US when it was grappling with the second wave of Covid-19," he said.

The mutant virus is attacking children and younger populations in larger numbers, he said.

Delhi recorded over 25,500 cases on Sunday, the highest single-day tally since the pandemic began ravaging countries.

Hospitals in the city are grappling with the shortage of oxygen supply and crucial drugs.

On Sunday, the CM said less than 100 ICU beds were available for coronavirus patients in the city, even as the government explored options to set up Covid hospitals in schools and Covid care shelters in gated housing societies.

Vaccinated Against Covid-19? You Might Soon Need A Third Booster Shot