Eighty-six deaths were reported from mainland China, with 3,399 cases on Friday from 31 provincial-level regions. 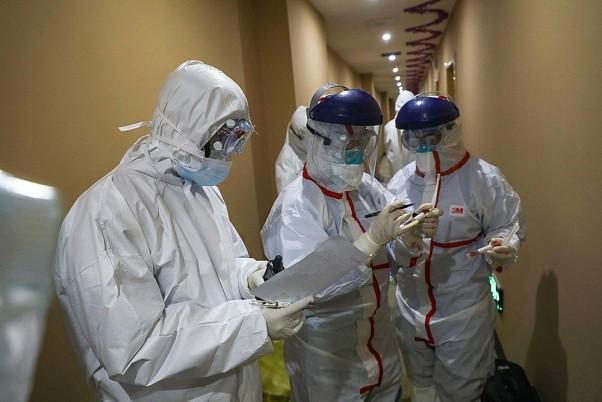 A medical worker in a protective suit writes on a tube after collecting a sample for nucleic acid tests from a suspected virus patient at a hotel being used to place people in medical isolation in Wuhan in central China's Hubei Province.
AP Photo
PTI February 08, 2020 00:00 IST Coronavirus Outbreak: Death Toll In China Rises To 722; 86 Died In Single Day

The death toll in China due to coronavirus continues to go up as it jumped to 722 on Friday, while the number of confirmed cases rose to 34,546, Chinese health authorities announced on Saturday.

Eighty-six deaths were reported from mainland China, with 3,399 cases on Friday from 31 provincial-level regions, the National Health Commission said.

Among the deaths, 81 are in Hubei province and its provincial capital Wuhan, the epicentre of the virus, two in Heilongjiang, as well as one in Beijing, Henan and Gansu, the commission said.

By the end of Friday, 26 confirmed cases, including one death, have been reported in Hong Kong. Macao reported 10 cases, while Taiwan reported 16 cases, it said.

A total of 4,214 new suspected cases were reported and 1,280 patients became seriously ill, and 510 people were discharged from hospital after recovery, according to the commission.

It added that 6,101 patients remained in severe condition, and 27,657 people were suspected of being infected with the virus. As many as 2,050 people have been discharged from hospital after recovery.