With COVID-19 cases surpassing 2,000, South Korea has become the biggest cluster to have the infections outside China 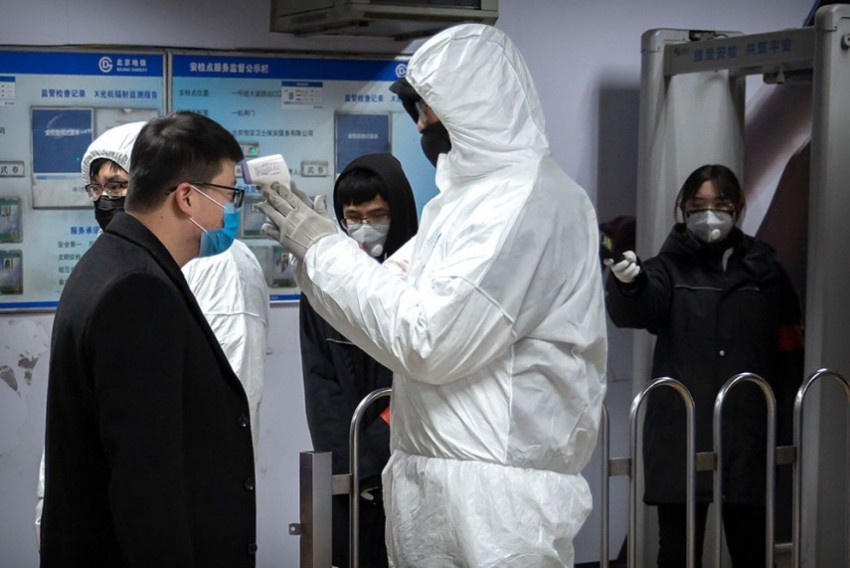 A worker wearing a hazardous materials suit takes the temperature of a passenger at the entrance to a subway station in Beijing.
File Photo
PTI 2020-02-28T11:04:38+05:30 Coronavirus: India Temporarily Suspends Visa On Arrival For Japanese, South Korean Nationals 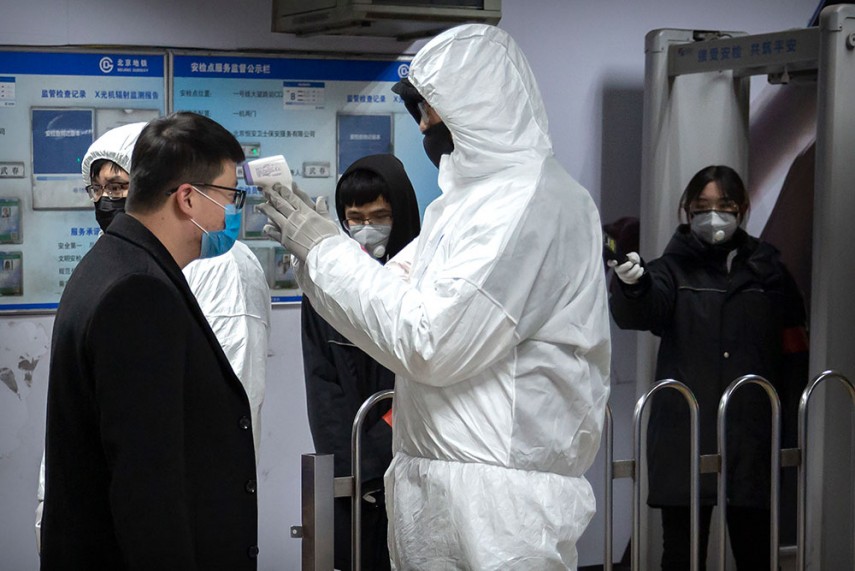 India has temporarily suspended visa on arrival services for nationals of Japan and South Korea in view of the surge in the number of coronavirus cases in the two countries, the Indian embassy here said on Friday.

The development comes a day after India evacuated 119 Indians and 5 foreigners who were on board the coronavirus-hit cruise ship, Diamond Princess, moored off the Japanese coast.

Out of the 3,711 people on board the ship, over 700 people tested positive for the disease. Elsewhere in the country, over 160 people have been found to be infected with the disease.

With COVID-19 cases surpassing 2,000, South Korea has become the biggest cluster to have the infections outside China. A total of 13 people have died of the virus in the country.

According to an AFP report, more than 90 per cent of the new cases were in Daegu city, the epicentre of the outbreak in South Korea, and the neighbouring North Gyeongsang province.

"In view of the recent outbreak of COVID-19, VISA ON ARRIVAL which was available only for nationals of Japan and South Korea has been temporarily suspended," the Indian embassy tweeted.

"Regular visas continue to be processed and may be applied for," it said.

Earlier, India had on February 2 suspended e-visa facility for Chinese travellers and foreigners residing in China following surge in the number of COVID-19 cases in the country.

Further tightening the visa rules, India on February 4 cancelled the existing visas for Chinese and foreigners who had visited the country in the last two weeks.

The novel coronavirus emerged in early December and traced to a market in Hubei's capital Wuhan that sold wild animals.

The death toll due to the deadly disease rose to 2,788 in China with 44 more deaths, while the confirmed cases climbed to 78,824, according to Chinese health officials on Friday.