In his defence, IAS officer R Vineel Krishna said that his home quarantine period ended on March 24. However, his explanation failed to assuage criticism. 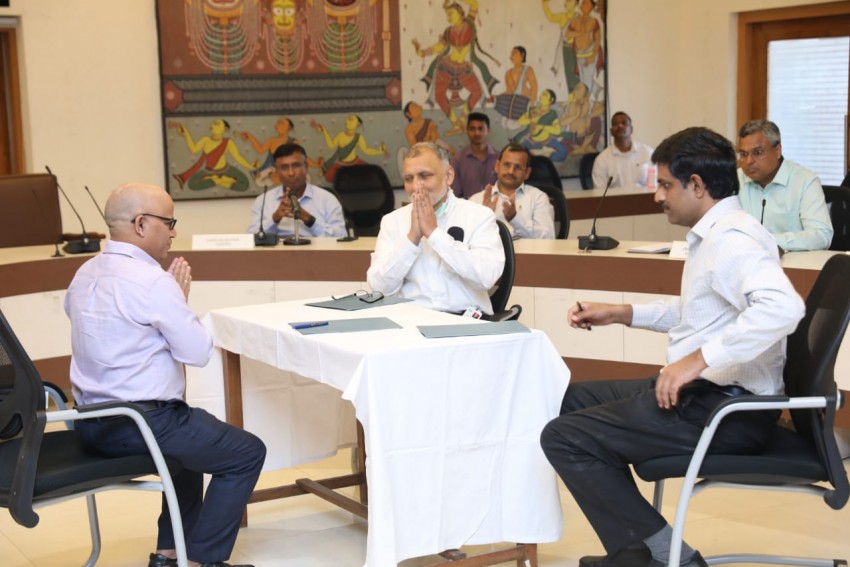 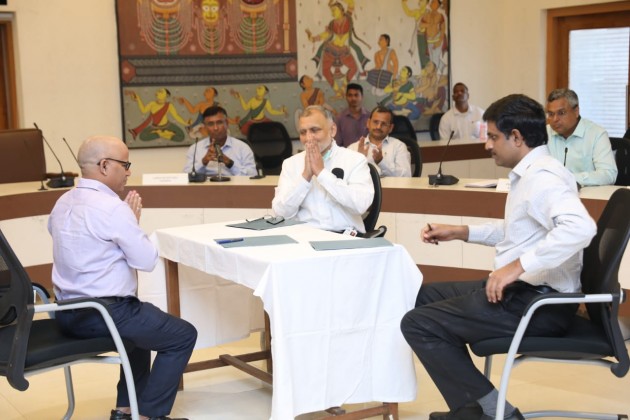 Remember R Vineel Krishna, the then pro-people and proactive Collector of Malkangiri district in Odisha, a Maoist bastion, who was kidnapped and kept in captivity by the Red Rebels for nine days in February 2011? For nine days, he dominated the headlines even in the national media because of the sheer audacity of the Maoists in holding the Collector of a district hostage.

What the young and dynamic IAS officer had done, however, was no less audacious. In an act of ill-advised foolhardiness, he had ventured right into what the Maoists had named the ‘liberated zone’, pillion-riding on the bike of junior engineer Pabitra Mohan Majhi, to see first-hand the progress of electrification work in the ‘cut-off’ area! His tireless efforts to ensure the benefits of government schemes reached the poor tribals had caught the attention of many people, not the least among them Jayram Ramesh, the then Union Environment Minister, who sought his services as his private secretary and got it.

Nearly nine years later, Krishna is back in the news, but this time for all the wrong reasons. Now the Chairman of the state government-owned Odisha Mining Corporation (OMC), he is in the eye of a storm for appearing in public at a time when he, by his own earlier account, was supposed to have been in home quarantine! He raised eyebrows all around when he was seen signing, in his capacity as the Chairman of OMC, MoUs with two private hospitals for making them exclusively Corona hospitals in the presence of other top officials on Thursday, March 26.

On March 17, the now middle-aged Krishna had posted a video on his Twitter handle informing that he had, as per government guidelines, registered himself in the state government hospital after his return from a foreign visit and had put himself on a 14-day home quarantine since ‘yesterday’ (March 16) as required under the same guidelines. He used the occasion to appeal to everyone returning from foreign countries to register themselves on the government portal and stay on 14-day home quarantine.

Krishna could have hardly imagined that what was intended as a call to the people to abide by state government rules and guidelines to fight the Coronavirus menace would soon turn out to be a major embarrassment for himself and the government itself! As per his own admission in the video posted on March 17, his 14-day quarantine, which started March 16, should have ended only on March 29. But he was out in public, signing MoUs and mingling with other officials, including Chief Minister Naveen Patnaik’s all-powerful private secretary VK Pandian and Subroto Bagchi, the head of the state government’s hatchet man and chief spokesperson on the fight against Coronavirus.

When pictures of the meeting went viral on social media, many people started asking how the state government, which was advising the people on the 'do’s and don’ts' of how to keep the killer virus at bay, day in and day out, was putting up with such gross violation of its own guidelines by one of its own? Some people even wondered aloud if the violation did not put Naveen himself at risk since Pandian, who was seen with him at the MoU signing, spends the better part of the day with his boss?

When the raging controversy made it hard to ignore, Krishna issued a statement on his Twitter handle on Friday, March 27, where he claimed that he had put him on home quarantine immediately after his return from a foreign visit on Mach 10 and had come out on March 24 only after his 14-day period ended! But what was intended to be an ‘explanation’ that would put the matter at rest for good ended up raising more questions – and causing more embarrassment - for himself and the government itself instead. “Just to clarify concerns in some quarters, I returned from abroad on March 10, as per government notification, I had registered on 16th and the quarantine period of 14 days ended for me on March 24th. Joined back on duty for assisting in COVID-19 management,” he said. As per government guidelines, the 14-day quarantine period is supposed to start only after the registration which, in this case, was done on March 16, as Krishna himself admits in his ‘explanation that wasn’t’!

Just to clarify concerns in some quarters, I returned from abroad on March 10th, as per government notification I had registered on 16th and the quarantine period of 14 days ended for me on March 24th. Joined back on duty for assisting in COVID-19 management.

Attacks on Krishna and the government for its double standards in dealing with its own have only got wider, sharper and shriller since Krishna’s explanation. And they show no signs of abating anytime soon. But more importantly, it has brought into question the trustworthiness of the task force constituted to fight the COVID-19 menace.