Congress Will Not Interfere In Madhya Pradesh Govt's Functioning: Surjewala

On Friday, authorities in Agar Malwa district of Madhya Pradesh booked two men under the National Security Act (NSA) for alleged illegal transportation of cattle and disruption of public peace. 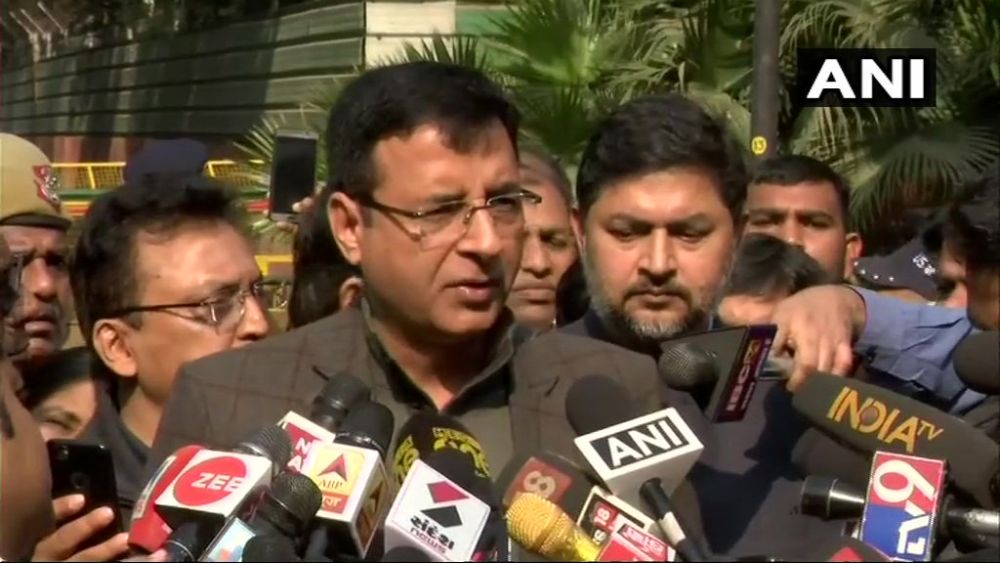 The Congress on Saturday said that it will not "unwarrantedly interfere" in the functioning of the Madhya Pradesh government on the issue of imposition of the stringent NSA against five people on charges of cow slaughter and illegal transportation of cattle.

The party said law and order is the domain of the chief minister and police.

"Kamal Nathji has categorically said the law will take its own course. Nobody who is innocent will be persecuted or punished in any manner and nobody who is guilty will be spared," Congress spokesperson Randeep Surjewala told reporters.

"He is experienced and seasoned enough to see if any officer of the police has made any overreach at the instance of somebody who is previously embedded on behalf of the BJP regime," Surjewala said.

The senior leader said the Congress does not decide on these issues based on the prism of caste or religion.

"Kamal Nathji is also competent enough to see whether the particular offence provides what kind of punishment under the law and I think we should leave it to his seasoned wisdom," Surjewala said.

He said the party will not "unwarrantedly interfere" in the functioning of the state government because that is not the working style of the Congress or its president Rahul Gandhi.

"We will only ensure that no one is unjustifiably persecuted under a law it may not be applicable. We will also ensure that anyone who is guilty is not let off in any manner whatsoever and is given strictest punishment," he said.

On Friday, authorities in Agar Malwa district of Madhya Pradesh booked two men under the National Security Act (NSA) for alleged illegal transportation of cattle and disruption of public peace.

The Kamal Nath-led government in Madhya Pradesh had earlier slapped the NSA against three men accused of killing a cow at Khandwa district.