Masood, who took the mike next, however, said he would not chant Vande Mataram as the Sharia did not permit it. 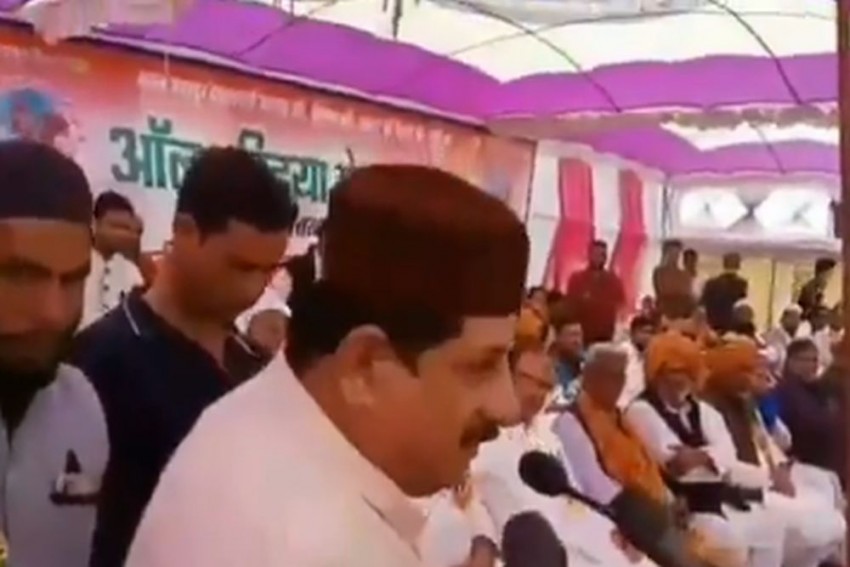 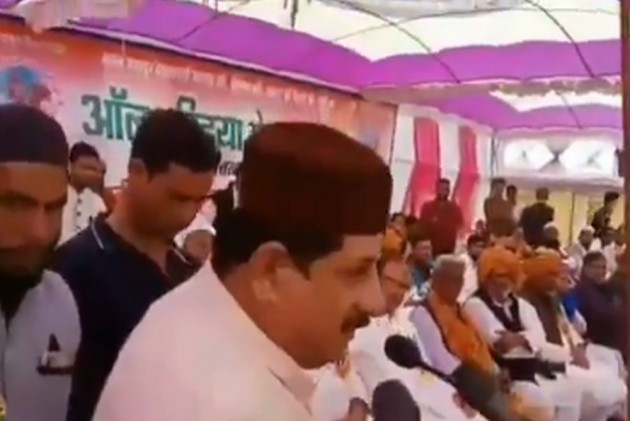 A Congress MLA in Madhya Pradesh sparked controversy after he refused to recite Vande Mataram citing that it violates the tenets of Islamic Sharia law.

Bhopal (Central) MLA Arif Masood refused to recite Vande Mataram at a public gathering of the India Mev Mahasabha at Shyampur in the state's Sehore district on Tuesday.

The speaker before him at the function, former BJP MLA Ramesh Saxena had started and concluded his speech with Vande Mataram and "Bharat Mata ki Jai" chants.

Masood, who took the mike next, however, said he would not chant Vande Mataram as the Sharia did not permit it.

"But it is regrettable that we have to prove our commitment by raising Vande Mataram slogans," he added by way of his defence.

Talking to the media later, Masood said India was recognised all over the world because its people had religious freedom.

"Why should I sing (Vande Mataram). I follow Shariat, which does not permit this. I am ready to lay my life for the country, ready to go to the border. But, they insist on singing Vande Mataram. Our Army fights at the border, not leaders," the Congress MLA claimed.

Reacting to Masood's statement, Saxena said, "After speaking, I left the venue so don't know what Masood said in his speech. This might be his personal opinion," Saxena said.

The MP Congress also said it did not agree with Masood and said the party would continue to recite Vande Mataram.

"Whatever Arif Masood has said is his personal opinion based on Shariat. The Congress has utmost respect for Vande Mataram, which the party would continue to recite. We do
not agree with his thoughts," Narendra Saluja, coordinator of state Congress media cell, said.

The BJP upped the ante and demanded that the MP Assembly Speaker seek a clarification from Masood.

"The Congress MLA has refused to sing Vande Mataram, which is our national song. He took the oath to protect the country's sovereignty and integrity. The Vidhan Sabha speaker should serve him notice to seek (his) response," said Rahul Kothari, state BJP spokesperson, adding that the Congress always protected such leaders.

Meanwhile, as part of a tradition that was started by the earlier BJP government, Chief Minister Kamal Nath recited Vande Mataram on Friday, the first day of the month, in a park
outside the state secretariat.