Key demands raised by Congress were for direct cash transfer of Rs. 7,500 per month for a period of six months for poor households, distribution of free ration to the needy, safe transportation of stranded migrants back to their native towns and increasing the work days under MGNREGA to 200. 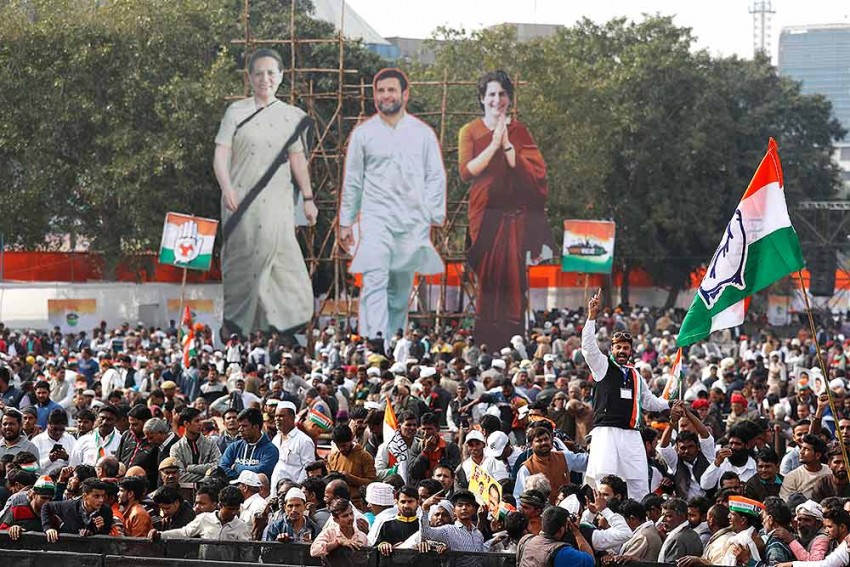 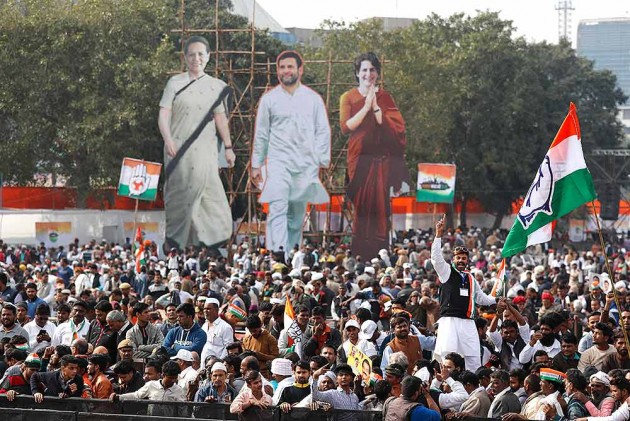 With the Centre indifferent to a slew of demands raised by the Congress party for easing the burden of the ongoing lockdown on common citizens, the Grand Old Party, on Thursday, launched a massive social media campaign - #SpeakUpIndia - to urge Prime Minister Narendra Modi's government to take immediate corrective measures.

The campaign, launched simultaneously on social media platforms Twitter, Facebook, Instagram and WhatsApp at 11 am, saw scores of Congress leaders, including interim party chief Sonia Gandhi, Wayanad MP Rahul Gandhi and AICC general secretary Priyanka Gandhi Vadra share video messages, listing out their demands from the government.
The key demands raised by Congress leaders and workers, through the campaign, were for direct cash transfer of Rs. 7,500 per month for a period of six months for poor households, distribution of free ration to the needy, a financial package to help the MSME, safe transportation of the stranded migrants back to their native towns and villages and increasing the work days under MGNREGA to 200. These were also part of an 11-point charter of demands agreed upon by 22 Opposition parties, who had held a video conference with the interim Congress president recently to discuss ways of forcing the Centre's hand to provide relief to the citizens over and above the Rs. 20 lakh crore economic package, which was announced by Modi in his last televised address to the nation a fortnight ago.
The Congress party had directed its leaders, functionaries and social media volunteers - AICC office bearers, chief minister's, state, district and booth level functionaries numbering around 50 lakh across the country - to post video messages raising these demands on various social media platforms between 11 am and 2 pm on Thursday. Social media volunteers of the Congress party were also directed to share these messages through WhatsApp and other messaging services.
While Sonia and Rahul kept their messages brief and stuck to the demands over cash transfers, ration distribution, support for migrants and the MSME sector, and increased work days under MGNREGA, Priyanka also used the campaign to launch a diatribe against the BJP.
Priyanka urged the BJP to keep aside politics during the time of crisis and work in the interest of the public instead. She referred to the recent row over her request to the Uttar Pradesh government for allowing the Congress party to provide buses for ferrying stranded migrants of the state and also the BJP's alleged attempts at toppling the Shiv Sena-NCP-Congress coalition government in Maharashtra. The younger Gandhi sibling also attacked the Adityanath government over the arrest of UP Congress chief, Ajay Kumar 'Lallu', and other party workers and urged her Congress colleagues to "continue the fight" in the interest of the people.
The campaign, the first such effort by the Congress party during the lockdown,  triggered a Twitter storm between 11 AM and 2 PM, making #SpeakUpIndia the top trend on the microblogging site with nearly 2 lakh posts using the hashtag.
For in-depth, objective and more importantly balanced journalism, Click here to subscribe to Outlook Magazine

Locust Threat: How Centre And States Battling The Insect Attack