Home  »  Website  »  National  »  Congress Has Done Nothing For Dalits, No Reason To Support It In UP: Bhim Army

Congress Has Done Nothing For Dalits, No Reason To Support It In UP: Bhim Army

Bhim Army's Vinay Ratan Singh also said the outfit would not have supported BSP supremo Mayawati had she not been part of the Dalit movement and asked SP chief Akhilesh Yadav to make amends for the mistakes of his party. 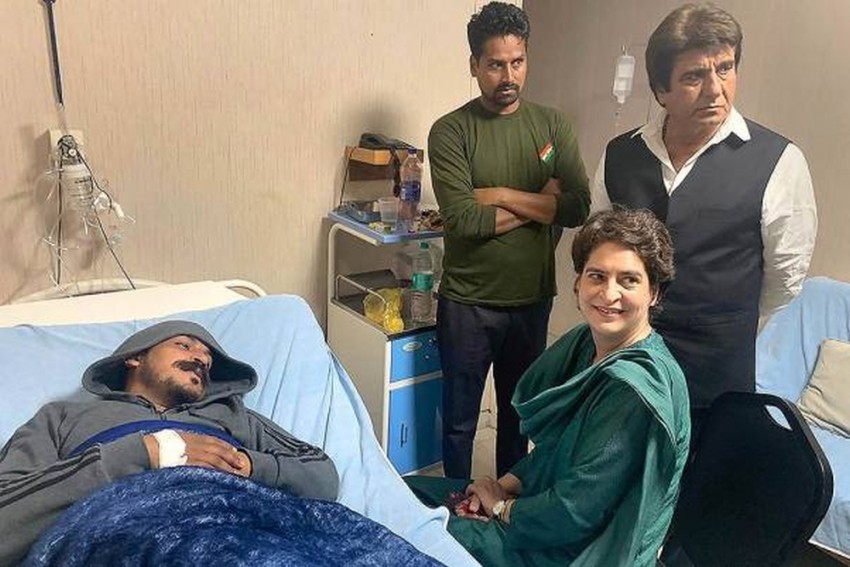 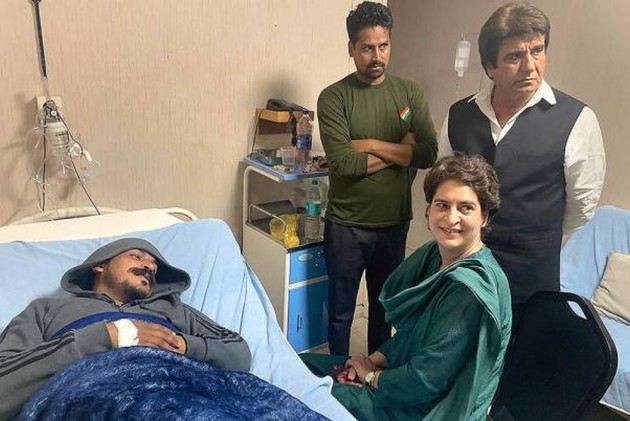 Days after Congress general secretary in-charge for east Uttar Pradesh Priyanka Gandhi Vadra met Bhim Army chief Chandrashekhar Azad at a hospital in Meerut, the outfit's national president Vinay Ratan Singh says Congress has done nothing for the Dalits in its 60-year rule and there is no reason for it to support the party in Uttar Pradesh in the Lok Sabha polls.

"The Congress fought B R Ambedkar. The party ruled the country for so long, but did nothing for us. Atrocities were inflicted on Dalits under its rule. It gave rise to the RSS and the BJP," Singh alleged, adding "there's not a single reason for us to support it".

"She wanted to meet Chandrashekhar bhai, but he said no. She then made a special request and they met for a few minutes. No political issue figured in their talks," he told PTI about Bhim Army Chief's meeting with Gandhi.

The Dalit group's founder, Chandrashekhar Azad, had announced at a rally in the national capital on Friday that he would contest against Prime Minister Narendra Modi from Varanasi and welcomed support of all parties, including the Congress, to take on the BJP.

Chandrashekhar had also sought the support of the Samajwadi Party (SP) and the Bahujan Samaj Party (BSP) for his candidature, saying his group would back their alliance in other seats.

Singh said the Bhim Army would not have supported BSP supremo Mayawati had she not been part of the Dalit movement and asked SP chief Akhilesh Yadav to make amends for the mistakes of his party.

He said a few people in the SP have taken up the issues of Dalits. "But, mistakes have been made and Akhilesh Yadav should give an answer. He should make amends if he wants Dalits to vote for his party," he said.

He was referring to SP founder Mulayam Singh Yadav's comment in Parliament that Modi should become prime minister again and the party's alleged silence on Dalit issues.

Asked about Mayawati terming the Bhim Army a product of the BJP during the 2017 Saharanpur clashes, he said, "We would have never supported her and her party had she not been part of the Dalit movement. There are a number of Dalit MPs and MLAs who are not part of this movement. We have nothing to do with them."

He said they would also field candidates in Punjab which has a considerable Dalit population. The state sends 13 representatives to the Lok Sabha.

The Chandrashekhar-led group shot to limelight during the May 2017 clashes between Dalits and upper caste Thakurs in Saharanpur.

Chandrashekhar was arrested after the clashes. Though he was granted bail by the Allahabad High Court, the UP Police arrested him under the stringent National Security Act. He was released in September 2018 after 16 months in jail.