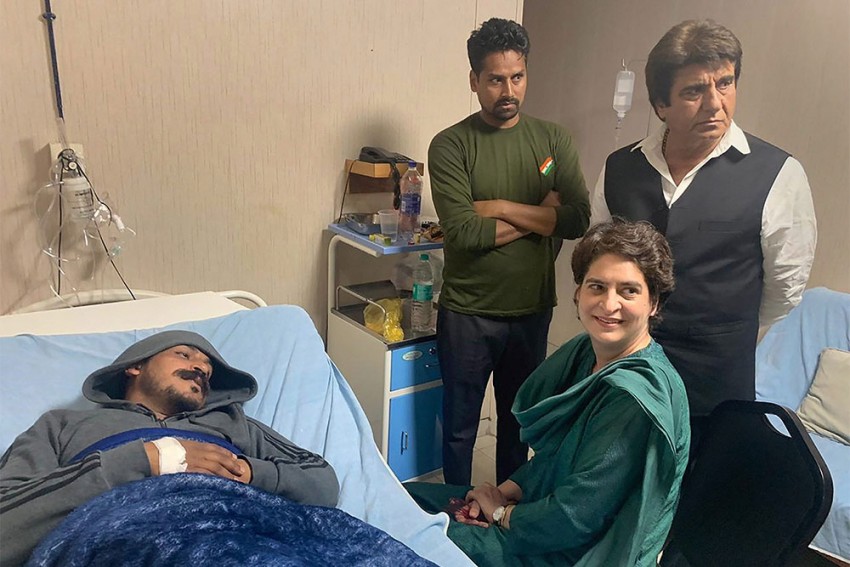 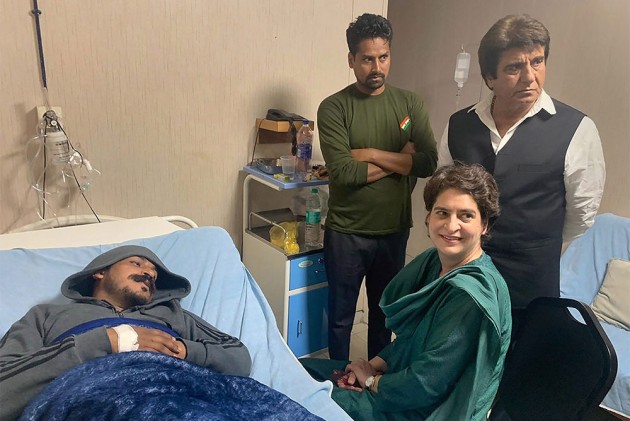 Congress general Secretary Priyanka Gandhi Vadra on Wednesday met Bhim Army chief Chandrasekhar Azad and attacked the BJP, saying the government has become "arrogant" and it was trying to suppress the voice of the people.

Speaking to reporters after meeting Azad, she told media, "Yeh ahankaari sarkaar hai (this is an arrogant government). The government wants to suppress the voice of the youth."

She alleged that the government does not want to listen to the voice of the youth. "They have not given employment to the youth. So if they are raising their voice, let them do that. What is the use of suppressing their voice?" she questioned.

Asked if Azad would be inducted into Congress, she said, "We loved the way he was raising the issue of employment and fighting for a cause."

Pressed further she said, please do not give any political connotation to the conversation.

Azad was arrested by Uttar Pradesh Police on Tuesday for allegedly violating the model code of conduct by using more than the stipulated number of motorcycles at a political rally. However, Azad fell ill soon after being detained, following which he was admitted to a hospital.