Congress Breaks Silence Says Its Not Part Of Gupkar Alliance

The party has also said that it won’t accept any foreign interference in India's internal affairs including in J&K. 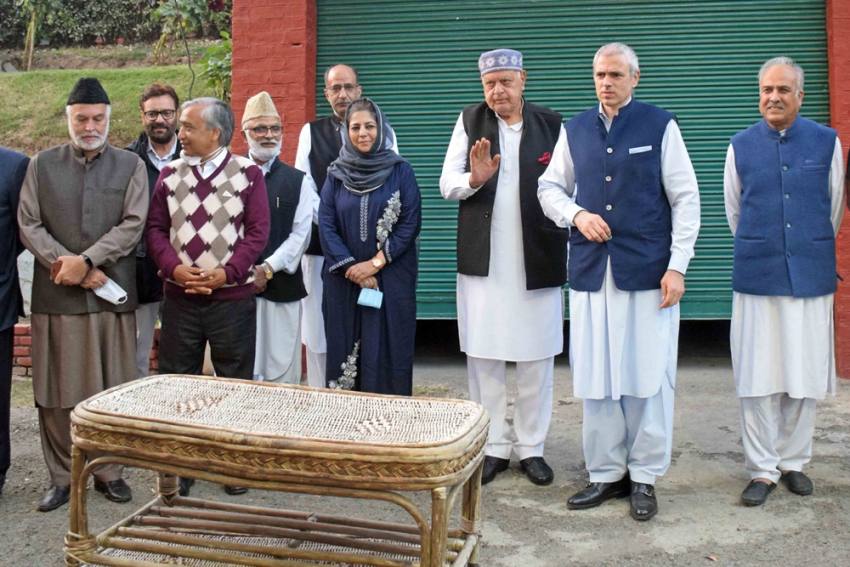 The Congress on Tuesday asserted that it was not a part of the Gupkar Alliance and was contesting the district development council elections (DDC) in Jammu and Kashmir to "expose" the BJP through democratic means.

Congress chief spokesperson Randeep Surjewala said in a statement that the party was against any foreign intervention in India’s internal affairs, including in Jammu and Kashmir. "The Congress party is not part of the Gupkar Alliance or the People's Association for Guptak Declaration,” Surjewala said.

He also attacked the Union home minister Amit Shah and accused him and other ministers of the Modi government of making "mischievous" statements and trying to push a "fake narrative" by making baseless assertions on Jammu and Kashmir. Surjewala’s response comes after the BJP targeted the Congress, saying it should clarify if it agrees with the "anti-national" views of the NC and the PDP.

Shah on Tuesday said the People's Alliance for Gupkar Declaration (PAGD) is an "unholy global alliance" which along with the Congress wants bring back the atmosphere of “terror and turmoil” in J&K.

The PAGD which has several Jammu and Kashmir parties as its constituents is pressing for restoration of J&K’s special status and statehood.

"The Congress favours democratic elections in Jammu and Kashmir and for this purpose the Congress Party is contesting the District Development Council (DDC) polls to expose the anti-people face of the BJP in a democratic manner,” Surjewala said. Local Congress leaders in J&K have maintained that they are not part of the Gupkar Alliance and are only going for a seat-sharing arrangement for the DDC polls.

Surjewala also said that the Congress leadership has inscribed with its blood the tradition of sacrifice for the country and it does not need lessons on nationalism or sacrifice from the BJP. "The Congress party will never accept that the identity, integrity or tricolour of the nation will be put to any harm. Nor has the Congress accepted nor will it accept any foreign interference in the internal affairs of India including Jammu and Kashmir. The glorious history of India for 70 years is a witness to this resolve of the Congress," he said.

Surjewala further said the Congress was committed to India's identity, integrity and sovereignty, and that of the tricolour. "Maybe Amit Shah and the Modi government need a new lesson on nationalism because their parental organisation, RSS, did not hoist the tricolour for 52 years after independence at its headquarters," he added.

Surjewala said the BJP is criticising the Mehbooba Mufti-led PDP without realising that they had shared power with them in Jammu and Kashmir. "The BJP is trying to spread lies and create illusions and this has become the face and character of the Modi government," Surjewala alleged.

Congress leader Ajay Maken also asked why the BJP was attacking the PDP after the two parties shared power earlier in Jammu and Kashmir. Maken said the PDP was good for the BJP as long as it allied with it and became its enemy and "anti-national" the moment they broke the alliance. "What moral authority does the BJP have to ask the Congress when they themselves have formed a government with the PDP in Jammu and Kashmir," Maken said.

Surjewala said instead of resorting to fake rhetoric, the BJP government should chase out Chinese forces from Indian territory and take responsibility of giving a befitting reply to Pakistan.