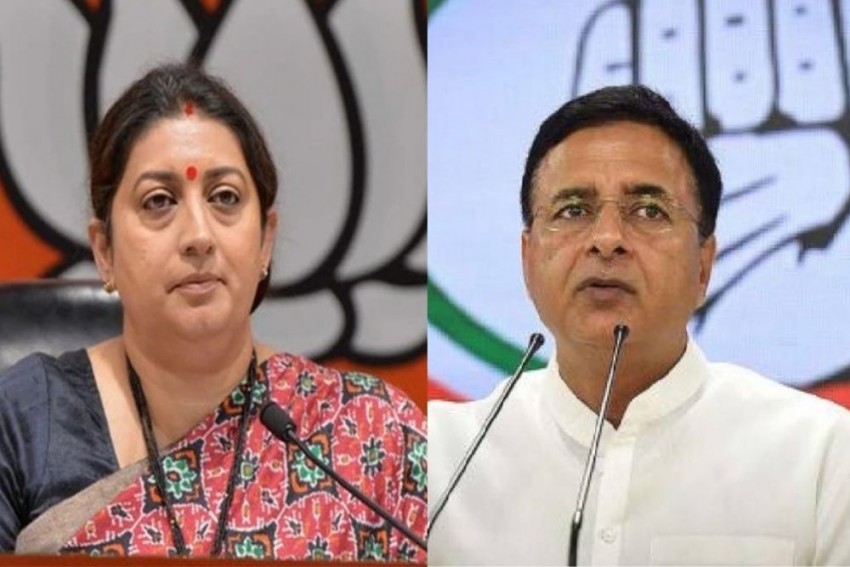 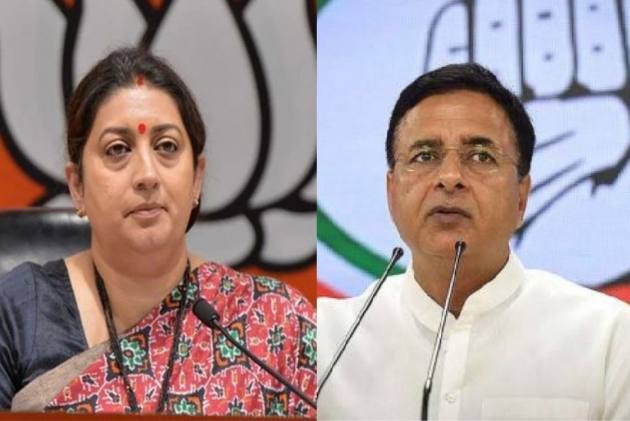 The Congress on Monday demanded the resignation of Union minister Smriti Irani over charges of corruption levelled against her by an international shooter, and said a thorough probe should be initiated to ascertain the truth.

Congress chief spokesperson Randeep Surjewala said at a press conference that the charges levelled are serious and that Prime Minister Narendra Modi should order an independent judicial probe to punish the guilty.

International shooter Vartika Singh had recently moved court accusing the Union textile minister and two others for demanding money to make her a member of the central women's commission, days after she was herself named in a police complaint.

The MP-MLA court in Uttar Pradesh's Sultanpur has fixed January 2 for a hearing after which it will decide if the case falls under its jurisdiction, according to her lawyer.

The shooter has alleged that people close to Irani issued her a fake letter, appointing her as a member of the central women's commission, a possible reference to the National Commission for Women.

"Smriti Irani should resign and face an independent probe. Prime minister Narendra Modi should ask her to resign. Why does he not order an independent judicial inquiry against her, as no ordinary person but an international shooter and a decorated daughter has levelled the charges," he told reporters.

This is also Prime Minister's test and he should order a judicial probe in the matter. We expect Smriti Irani and the PM to reply to the charges, the Congress leader added.

Irani's legal counsel Kirat Nagra had said the case filed against her by shooter Vartika Singh was based on "the most bizarre and mischievous set of falsehoods" and that "political patronage" was writ large on the matter.

Nagra said the case was a concerted attempt to bring disrepute to and defame the minister, adding that she will take legal recourse against the same.