Home  »  Website  »  National  »  Citizenship Amendment Bill To Be Tabled In Parliament On Monday; Here's What It Says

Citizenship Amendment Bill To Be Tabled In Parliament On Monday; Here's What It Says

The bill seeks to give citizenship only to non-Muslim refugees from Pakistan, Bangladesh and Afghanistan. 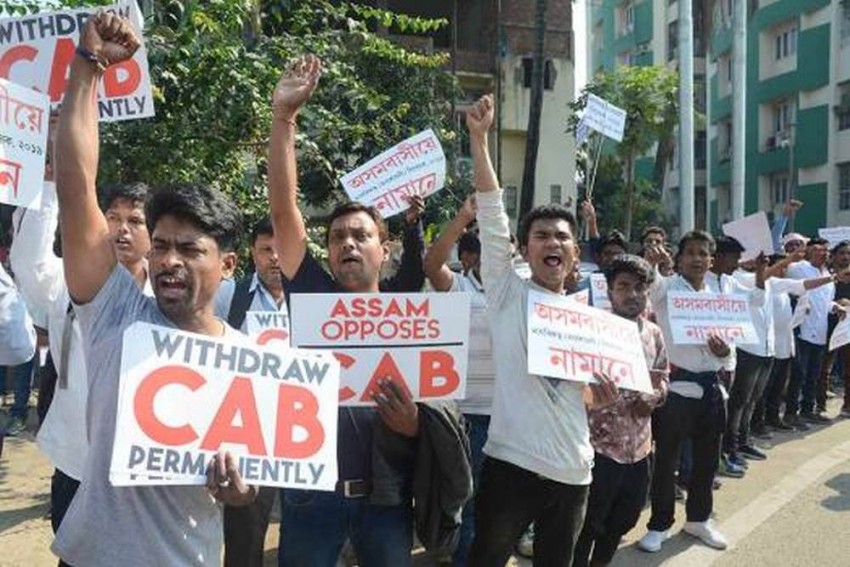 Protest in Assam against the Citizenship (Amendment) Bill.
File Photo
PTI 2019-12-06T16:25:34+05:30 Citizenship Amendment Bill To Be Tabled In Parliament On Monday; Here's What It Says 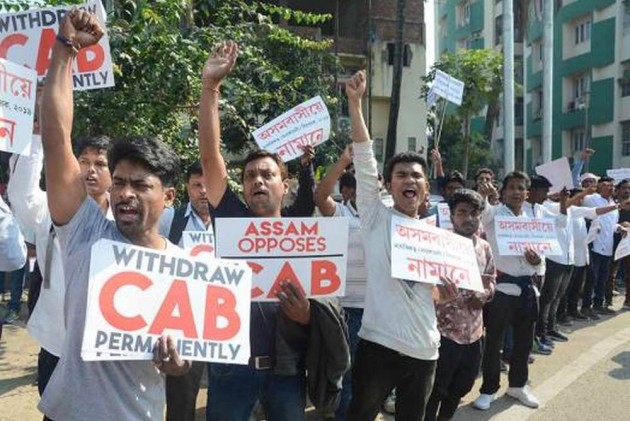 Non-Muslim refugees, who have come from Pakistan, Bangladesh and Afghanistan after facing religious persecution, will not be treated as illegal immigrants and will be given Indian citizenship if the proposed amendments to the six-decade-old Citizenship Act come into effect.

The contentious Citizenship (Amendment) Bill, 2019 (CAB), which generated widespread protests in the Northeastern states, is expected to be tabled in the Lok Sabha on Monday for consideration and passage.

The draft law, however, will not be applicable to Assam, Arunachal Pradesh, Meghalaya, Mizoram, Nagaland and Tripura.

According to the bill, "... any person belonging to Hindu, Sikh, Buddhist, Jain, Parsi or Christian community from Afghanistan, Bangladesh or Pakistan, who entered into India on or before the 31st day of December 2014... shall not be treated as illegal migrants for the purposes of this Act".

The bill says such refugees will be given Indian citizenship after residing in India for five years, instead of the earlier provision of 11 years.

It also proposes to give immunity to such refugees facing legal cases after being found as illegal migrants.

The bill also says: "Provided further that the person who makes the application for citizenship under this section shall not be deprived of his rights and privileges to which he was entitled on the date of receipt of his application on the ground of making such application".

According to the proposed legislation, the amendment will not be applicable in the tribal regions which are governed under the Sixth Schedule of the Constitution and in the area covered under The Inner Line, notified under the Bengal Eastern Frontier Regulation, 1873.

The ILP regime is applicable in Arunachal Pradesh, Nagaland and Mizoram. The areas where the new law will not apply also include Assam, Meghalaya or Tripura

The bill, cleared by the Union Cabinet on Wednesday, also proposes to provide for cancellation of Overseas Citizen of India (OCI) registration where the OCI card-holder has violated any provision of the Citizenship Act or any other law in force.

However, the cancellation order shall not be passed unless the OCI card-holder has been given a reasonable opportunity to be heard.

A large section of people and organisations in the Northeast have opposed the bill, saying it will nullify the provisions of the Assam Accord of 1985, which fixed March 24, 1971 as the cut-off date for deportation of all illegal immigrants irrespective of religion.

The BJP-led NDA government had introduced the bill in its previous tenure and got the Lok Sabha's approval. But it did not introduce it in the Rajya Sabha, apparently due to vehement protests in the Northeast.

The bill then lapsed following the dissolution of the last Lok Sabha.