'Children Still Have Nightmares': Family Recalls The Horror A Year After Delhi Riots

A year after violence broke out in Northeast Delhi, life seems to be back on track. However, the deep fault lines seem to betray the façade of normalcy in the streets. 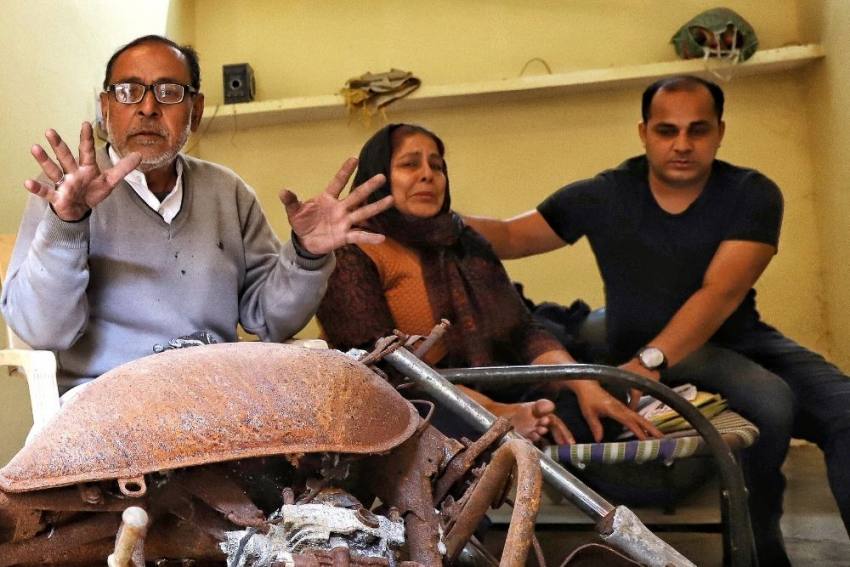 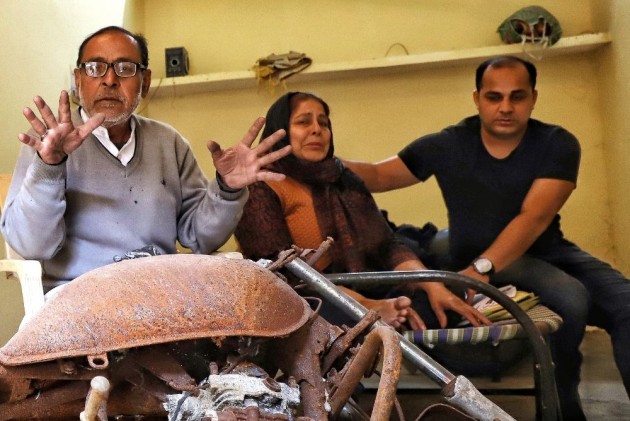 “Our life savings were reduced to ashes overnight, we will have to start from the scratch”

“It took me a year to return to this place,” says Farzana Hussain as she fixes eyes on the charred remains of her son’s motorcycle in the corner of a cramped room. The horrifying events of February 25 last year refuse to fade from her memory yet. “We hid in the second floor of the neighbour’s house,” she said pointing to the two-story building bang opposite her house.

A year after violence broke out in the congested lanes of Shiv Vihar— the most affected locality in North East Delhi, life seems to be back on track.  However, the deep fault lines seem to betray the façade of normalcy in the streets.

Farzana’s husband Muzaffar Hussain is grief-stricken. The family lost everything in the violence that engulfed the area on that day, says Hussain. “We have to start life from the scratch,” says the 60-year-old.

Hussain, a retired railway employee, had spent all his life savings including the provident fund in building the house in Shiv Vihar. His family had moved into the house in 2019. The family was also preparing for their son Mursalin Hussain’s marriage, which was fixed for March 2020. “Now we don’t know when it will happen,” he says.

The family had managed to escape and take refuge in another area on February 25, however, they were in for a rude shock on their return to home after four days. The family saw a house that was completely charred, ransacked, and looted. Mursalin tells that the family had left without “Jewellery, money, and clothes. Everything was gone. Our life has turned upside down overnight,”.

The family including Hussain’s elder son and children now lives in a rented apartment in Shastri Nagar, which is 18 kilometers away from Shiv Vihar. With an NGO’s help, the family has gained some stability, however, it’s a long arduous journey for the family to get a semblance of normal life.

“We don’t even have basic essentials. We sleep on the floor,” says Farzana, in between sobs. The pandemic-induced lockdown that followed after the riots came as a double whammy for the survivors and the victims. To add to their troubles, Mursalin, the sole breadwinner of the family, lost his job as a temporary employee with Delhi Metro.

A year after, the family is yet to get adequate compensation as announced by the Delhi government, rues Hussain.

Though the estimated loss is Rs 10 lakhs, he received a paltry sum of Rs 50,000 even after submitting the required documents. “I have been running from pillar to post since last March. I have submitted all the required documents from pictures of our belongings to the burnt ones. But the SDM tore the papers in front of me,” says Hussain.

The apathy of the administration was evident from the moment events started unfolding, says Mursalin, who made the first call to the PCR from the area.

“From the window, we saw stone-pelting and heard the sound of loud explosions. We made several calls to the number 100.  No one picked our calls. They blew up homes using cylinders,” says Mursalin.

Farzana says that she considers themselves lucky to have been able to save their lives from the violent mob. She says that Hindus and Muslims had always lived in harmony in Shiv Vihar, and riots were unheard of. “Even when the trouble started in other areas, people used to say confidently that nothing will happen here and this place is peaceful. Even now, there’s no enmity between us,” she says.

Hussain believes the rogue elements came from border states, as he points out the complicit role of Delhi police in the violence. “Those people were wearing helmets and came fully prepared with bombs, petrol, gas cylinders, and other inflammable. It was clearly a pre-planned attack,” he says.

The family is yet to come out of the trauma, says Farzana, adding that she is not mentally prepared to return to Shiv Vihar yet. “My grandchildren still have nightmares. It’s still difficult to come to terms with it. I don’t think I can come back soon,” she says.

Mursalin, a movie buff was under the illusion that riots happen only in movies. “I still can’t believe the scenes which played out in front of me. I hope things will be normal again,” he says.