A team of CBI officials, armed with over 100 questions interrogated Congress leader P Chidambaram over the course of his custody with the agency. 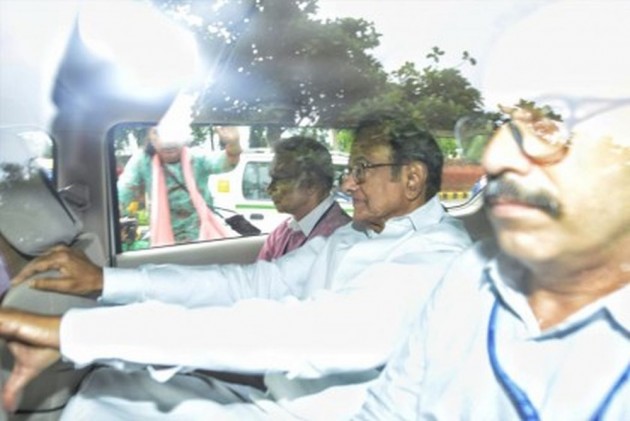 Congress leader P Chidambaram, arrested by the CBI, was produced before a Delhi Court Thursday in the INX Media corruption case.

In the special CBI court, the agency has sought his 5-day custody, PTI news agency reported.

Solicitor General Tushar Mehta arguing for CBI in Court said that Chidambaram "is non cooperative, he was evasive to questioning". He said Chidambaram's custodial interrogation was necessary to unearth larger conspiracy in the INX Media case.

Never Met Peter Or Indrani Mukerjea, We Are Being Targeted: Karti Chidambaram

Senior advocate Kapil Sibal appearing for Chidamabaram argued that the accused in the INX Media case, karti Chidambaram, was on bail. He said that Foreign Investment Promotion Board approval was given by six government officials and none of them have been arrested.

Sibal argued that the first arrest in the case was of Bhaskar Raman, chartered accountant of Karti, who is presently out on bail.

He was countering the 5-day custodial interrogation of Chidambaram sought by CBI saying they need to unearth the larger conspiracy.

Chidambaram's family members, including his wife Nalini and son Karti, were in the courtroom along with other senior advocates including Dayan Krishnan.