Prashant Kishor said he will not question Nitish Kumar's decision to expel him from Janata Dal (United). 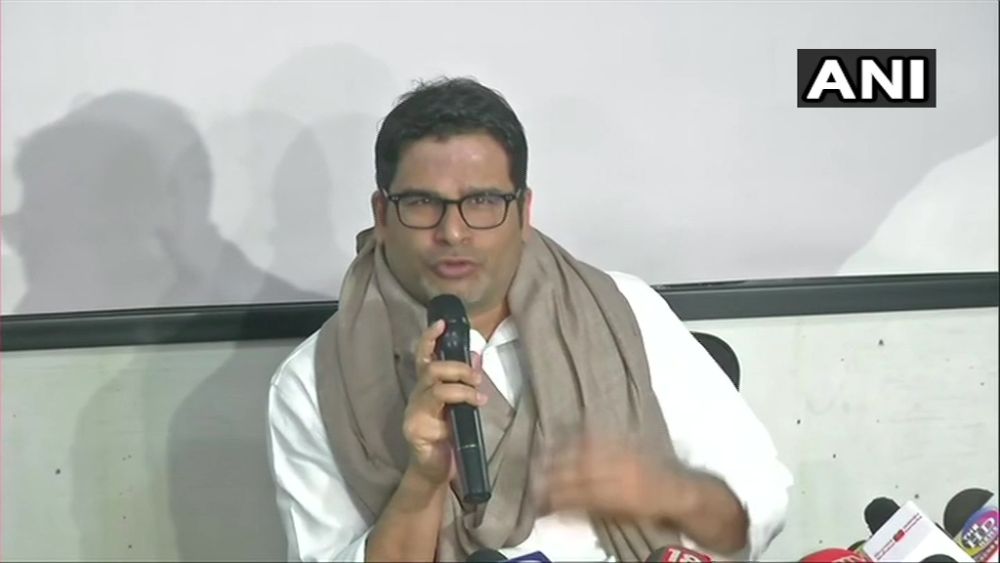 Poll strategist Prashant Kishor, who was expelled from Janata Dal (United), on Tuesday said that he has had good relations with Bihar Chief Minister Nitish Kumar, but added that one cannot be both Gandhi and Godse at the same time.

Kishor said that he had differences with the JD(U) chief on the issue of alliance with NDA and unclear stance on Citizenship Amendment Act, NRC and NPR.

Kishor said Kumar needs to spell out whether he is with the ideals of Mahatma Gandhi or those who support Nathu Ram Godse.

"I want to ask Nitish Ji, how can you be both Godse and Gandhi at the same time?" Kishor asked.

Kishor said Bihar needs a leader who is bold and does not rely on others to take a decision.

"I have immense respect for him (Nitish Kumar). I will not question his decision," Kishor said on his expulsion from the JD(U).

"There has been a lot of discussion between me and Nitish-ji on this. He has his thought process and I have mine. There have been differences between him and me that the ideologies of Godse and Gandhi cannot stand together. As the leader of the party you have to say which side you are on," he added.

He said he wants to see Bihar among top 10 states of the country. "I am dedicated to Bihar", he said, adding that he will be politically involved with his home state.

Kishor said there has been development in Bihar during last 15 years, but the pace not been as it should have.

"Bihar was poorest state in 2005 and continues to be so. There is no one to question Nitish Kumar's governance mode," he said.

Kishor was recently roped in by Aam Aadmi Party in the national capital to strategise the poll campaign. The AAP won the elections with resounding margins, winning 62 of 70 seats.