Can TTV Spring Another Surprise? 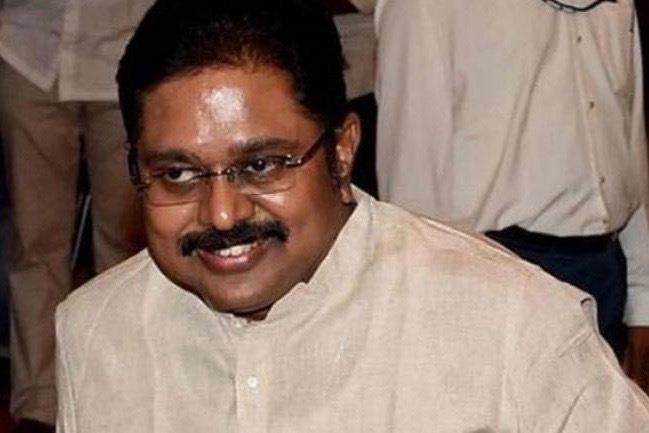 TTV Dhinakaran’s decision to contest the Lok Sabha elections along with byelections to 18 Assembly elections in Tamil Nadu on April 18 has put an enormous strain on his fledgling party. But TTV is openly confident that he is going to spring another surprise on the two Dravidian majors.

TTV, who stunned the ruling AIADMK and the main opposition DMK by winning the RK Nagar byelection in December 2017 as an independent, floated the Amma Makkal Munnetra Kazhagam (AMMK) as a stop gap measure till his claim as the real AIADMK was fully settled. But that never happened as both the Election Commission and the Delhi High Court confirmed the Edappadi K. Palaniswami-O. Panneerselvam-led AIADMK as the real one. So TTV was compelled to find candidates for his party to contest the April 18 elections.

While the ever-smiling Dhinakaran released his party’s manifesto and announced candidates for the Lok Sabha seats and Assembly by-elections on Friday, even his own party leaders are wondering if he should be wasting his energy in contesting the Lok Sabha elections where he was bound to finish only third.

On Thursday, one of his senior leaders V.P. Kalairajan joined the DMK stating that the fight against the BJP should be consolidated by supporting its strongest opponent – the DMK-led alliance. What he meant was that by entering the Lok Sabha fray, TTV was splitting the anti-BJP and anti-AIADMK votes which could only help the two ruling parties. Since another seasoned organiser of the TTV camp, former Minister Senthil Balaji, has already joined the DMK there is apprehension that more people would follow.

But an unfazed Dhinakaran has asserted that he has fielded only strong candidates for the Lok Sabha seats who can take on both the DMK and the AIADMK and their money power. “Our Theni Lok Sabha candidate Thanga Thamilselvan, who has been MLA and MP, commands greater respect and support than AIADMK’s Ravindranath, whose only credential is that he is the son of Deputy CM OPS,” TTV pointed out.

According to insiders in the TTV camp, the idea behind contesting all the Lok Sabha seats along with the 18 Assembly seats, which fell vacant as its MLAs defected to TTV’s party and got disqualified, is to garner a substantial number of votes so his party can remain a strong player in the long run. “If we manage to win one or two MP seats we can also become a national player in a coalition government,” pointed out a former MLA in the TTV camp.

TTV is particularly targeting the minorities, especially the Muslim youth, hoping to wean them away from traditional parties like the Indian Union Muslim League (IUML) and Tamil Nadu Muslim Munnetra Kazhagam (TMMK). Even the DMK fears that any erosion in its minority vote bank would only benefit the NDA.

Meanwhile, TTV is bound to take away a sizable number of Thevar community votes that traditionally belong to the AIADMK. “He will hurt both sides even if does not win any LS seat,” admitted a senior AIADMK leader.

The immediate challenge of this young politician is to get a common symbol for all his candidates which has to be decided by the Supreme Court. The AMMK has been denied the “Pressure Cooker” as the common symbol since it is not a registered party yet. “Even if a common symbol is refused we will fight on different symbols but the voters will know it is TTV’s party,” P. Vetrivel, the AMMK’s candidate from Perambur assembly seat, told Outlook.