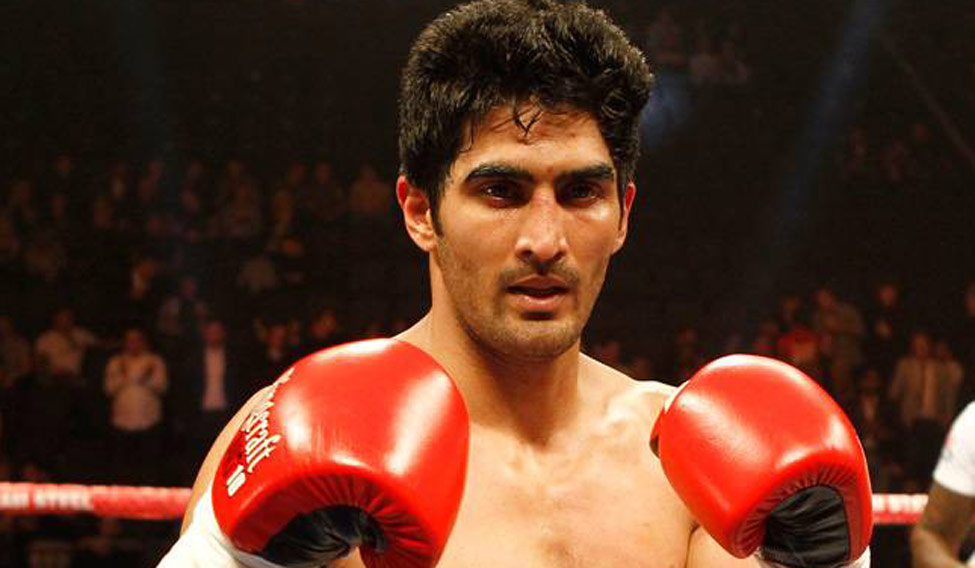 A high-profile boxer, Singh won the bronze medal in 2008 Olympics. He later turned professional. Congress President Rahul Gandhi has watched some of his bouts.

He will take on BJP's sitting MP Ramesh Bidhuri and AAP's Raghav Chadha.

"In more than 20 yrs of my career in boxing I have always made my country proud in the ring. Now it's time to do something for my countrymen & serve them," Vijender Singh tweeted.

He thanked the Congress, party chief Rahul Gandhi and AICC general secretary Priyanka Gandhi Vadra for entrusting him with this "responsibility".

Earlier in the day, the Congress had announced six candidates from the national capital and with Singh's nomination, the party has named all its candidates for the seven Lok Sabha seats here.

Sources said the party is confident that Singh will be able to garner massive support in the constituency, which has a large number of Jat and Gurjar voters.

Singh later on in his career turned to professional boxing.

In all, the Congress has so far declared candidates for 422 Lok Sabha seats.