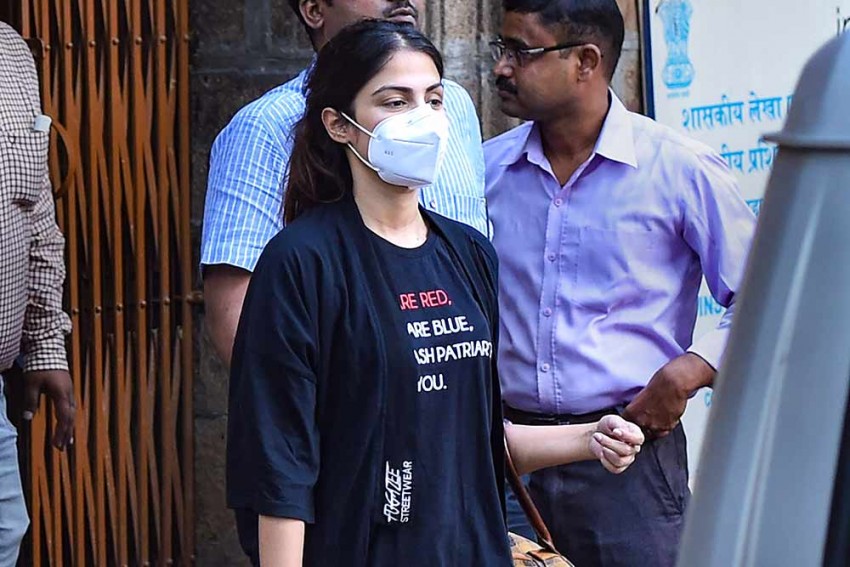 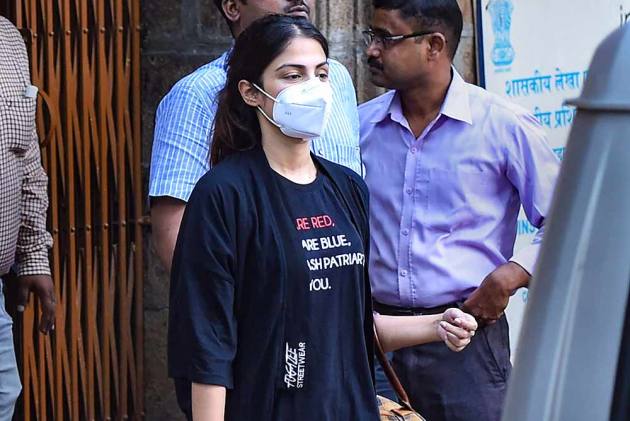 The Bombay High court on Wednesday granted bail to actor Rhea Chakraborty nearly a month after the former companion of late actor Sushant Singh Rajput was jailed over a drug case.

A bench of Justice Sarang Kotwal also granted bail to Rajput's aides Dipesh Sawant and Samuel Miranda, but rejected the bail plea of Rhea Chakraborty's brother Showik Chakraborty, who is also an accused in the case.

-She needs to furnish a personal bond of Rs 1 Lakh

-She needs to submit her passport

- She cannot leave the country

-She cannot meet any other witnesses of this case

"We are delighted by the order of the Hon'ble Bombay High Court granting bail to Rhea Chakraborty . Truth and justice have prevailed and ultimately the submissions on facts and law have been accepted by Justice Sarang V Kotwal," Rhea's lawyer Satish Maneshinde said.

"The arrest and custody of Rhea was totally unwarranted and beyond the reach of law . The hounding and witch-hunt by three central agencies, the CBI , ED and NCB of Rhea should come to an end . We remain committed to truth, Satya Meva Jayate," Maneshinde added.

Rhea has been the target of media trial ever since Bollywood star Rajput was found dead in his home in June. Though initial reports said it was a death by suicide, the star's family accused Rhea of complicity. She was also accused of siphoning Rajput's money.

Rhea maintained her innocence, but a CBI probe was ordered to determine the cause and circumstances of Rajput's death. Two other central agencies, the ED and NCB, joined the investigation.

Rajput, 34, was found hanging at his apartment in suburban Bandra on June 14 this year.

Rhea and her brother had approached the HC after their bail pleas were rejected by a special NDPS court here last month.

Following extensive hearings last week, the HC had closed all arguments and reserved its verdict on the pleas.

The NCB, through Additional Solicitor General Anil Singh, had opposed the bail pleas in the HC.

It said there existed ample material to show that Rhea Chakraborty, her brother and others arrested in the case represented a "chain," and an "active syndicate" that was involved in procuring, financing, harbouring, and abetting drugs and its consumption.

Singh said Rhea Chakraborty had knowingly paid for Rajputs drugs, and concealed the information regarding his drug habit.

These qualified as stringent charges of financing and harbouring drug consumption, as defined under the Narcotic Drugs and Psychotropic Substances (NDPS) Act.

The court had posed a query to all parties on the application of the stringent section 27-A of the NDPS Act in the case.

The section deals with financing and harbouring drugs and its consumers, and entails a punishment of up to 10 years. It also carries a bar on grant of bail.

All the accused had opposed the application of the above section in the present case.

They also argued that the drugs seized by the NCB in the case was in small quantity, and did not qualify ascommercial quantity that could attract stringent sections under the NDPS Act.

The NCB later charged Rhea with procuring drugs for Rajput and arrested her. She was lodged in Mumbai's Byculla jail.

Meanwhile, reports say the AIIMS has ruled out murder as a reason for Rajput's death.

With EPS As CM Candidate, AIADMK Looks For Continuity