While the Left sought a judicial probe into police action against agitating students BJP raised the issue of alleged anti-India sloganeering in the university. 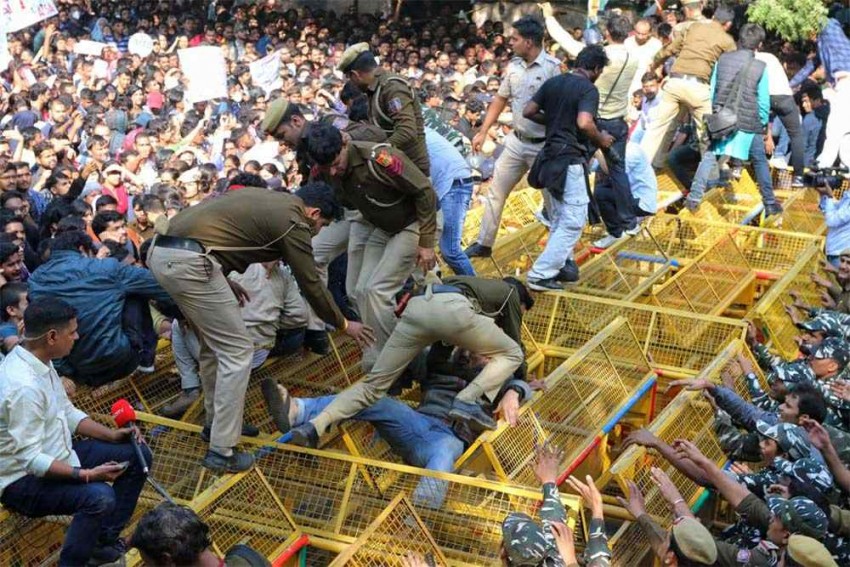 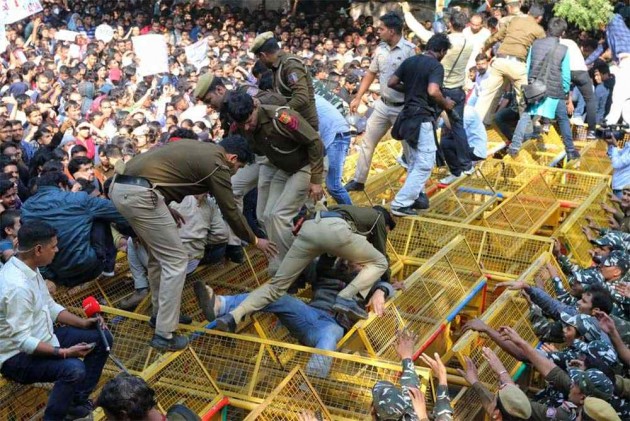 Members of Left parties and the BJP on Friday clashed in Rajya Sabha over the issue of Jawaharlal Nehru University students' protest against a hike in hostel fees and a draft hostel manual which imposes dress codes and curfew timings.

Through a Zero Hour mention, K K Ragesh of the CPI(M) raised the matter and sought a judicial probe into police action against agitating students.

Immediately after this, Prabhat Jha of the BJP raised the issue of "defacement" of a yet-to-be-unveiled statue of Swami Vivekananda on the JNU campus.

He then went on to raise the issue of alleged anti-India slogans being raised by students of JNU and demanded the central government's oversight of activities in JNU. This was strongly countered by Left members.

Chairman M Venkaiah Naidu first cut short Ragesh, who was speaking on the police action on JNU students and after Jha had spoken, said that only submission on the JNU fee hike and defacement of the Vivekananda statue was admitted.

Ragesh said JNU students have been protesting for over one month demanding rollback of the fee hike and restoration of democratic rights on campus.

He asked why civil liberties were being "suppressed" after declaring an "undeclared emergency".

JNU students during a march to Parliament were lathicharged by the police and student leaders were taken to police station and brutally beaten up, he alleged.

As he demanded a judicial probe into the police action, Naidu cut him short, saying he had not spoken on the subject admitted -- fee hike.

Mic of Ragesh was switched off even though there was time remaining out of his allotted slot of 3 minutes.

Jha was called next, who said that Vivekananda's statue was painted red and 'go away' saffron slogan painted.

As Left party members countered his contention, he alleged that JNU has over the past five years witnessed anti-India sloganeering such as "Bharat tere tukde honge".