PDP Chief Mehbooba Mufti on Friday had said that she was not interested in contesting elections until Article 370 is restored. 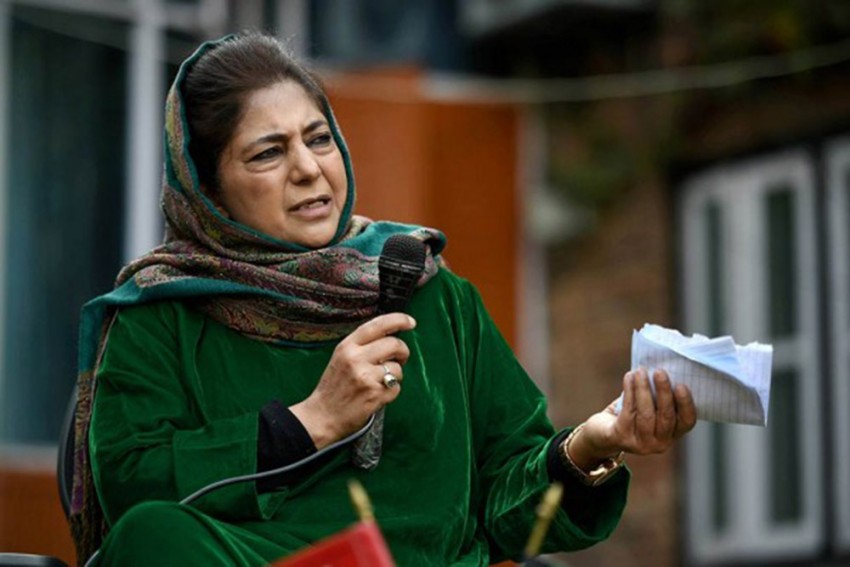 PDP Chief Mehbooba Mufti on Friday had said that she was not interested in contesting elections until Article 370 is restored.
PTI
PTI 2020-10-25T12:57:12+05:30 BJP Leader Seeks De-Recognition Of PDP Over Mehbooba’s 'Anti-National' Remarks 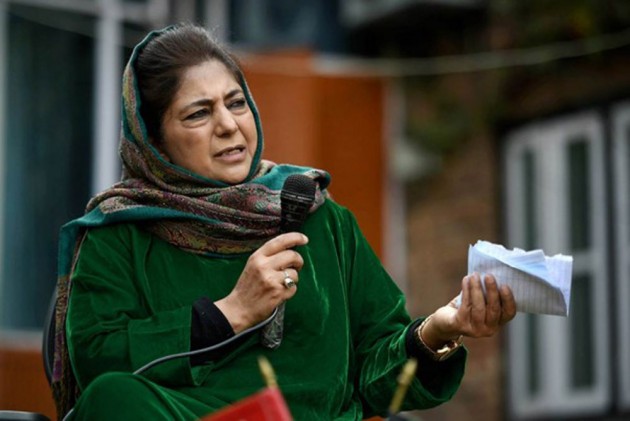 A senior leader of the BJP has lodged a complaint with the Election Commission of India (ECI), seeking de-recognition of the PDP over allegedly "anti-national and anti-constitution" remarks made by the PDP president Mehbooba Mufti.

"I request your honour to consider her statements in the light of their seriousness, which are available on the public domain, as anti-national and anti-constitution of India and also de-recognise her party, PDP, as a genuine political party in J&K with immediate effect," senior BJP leader and in-charge of department of political affairs and feedback, Ashwani Kumar Chrungoo said in his formal complaint to the ECI. He alleged that the PDP president issued various outrageous statements against Parliament, parliamentarians and against the national flag.

"She didn't only keep herself confined to the usual political rhetoric on matters that are on her party's manifesto and agenda but went on to question the basis of the national flag, national symbols, sovereignty of parliament and dignity of the parliamentarians," the complaint read.

"Her offensive and anti-constitutional statements constitute serious contempt of Parliament and also 'privilege issue' against the ECI," he added.

Remember Soldiers Guarding Our Borders, Light A 'Diya' For Them: PM Modi