Both Maharashtra and Haryana are going to polls on October 21. The last day for filing of nomination is October 4. 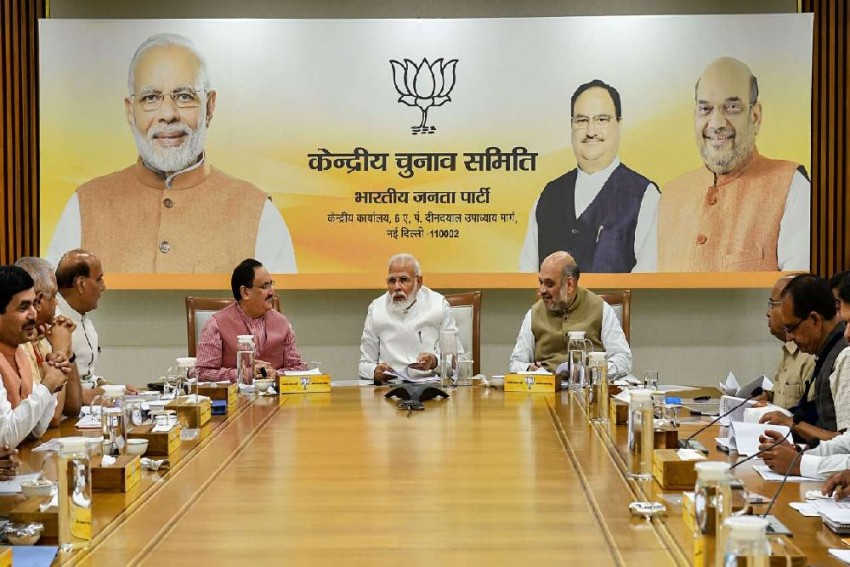 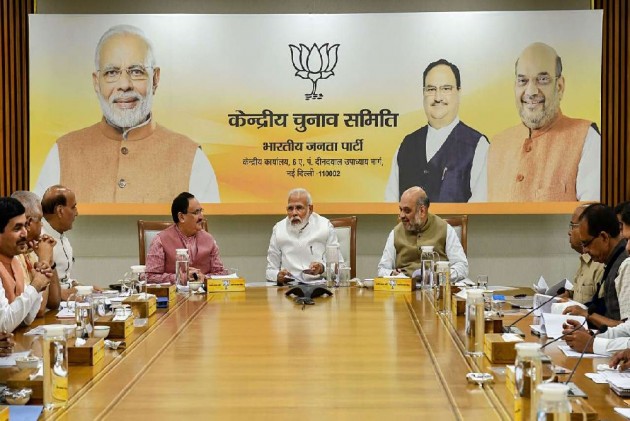 The Central Election Committee of the BJP held a meeting on Sunday to finalise its candidates for the assembly elections in Haryana and Maharashtra, with sources indicating that the party's seat-sharing arrangement with the Shiv Sena in the western state will be announced in a day or two.

The first list of the BJP candidates from Haryana is expected to be released on Monday.

The party's top brass, including Prime Minister Narendra Modi, its chief Amit Shah and working president J P Nadda, deliberated for several hours with other CEC members and leaders from the two states to finalise names of candidates.

Sources said Modi was felicitated for his "successful" trip to the US.

The prime minister returned to Delhi on Saturday night from his trip to the US where he addressed the UN General Assembly and several events, including the "Howdy Modi!" diaspora gathering.

The Shiv Sena may field candidates for around 120-125 seats in the 288-member Maharashtra Assembly, he said.

Both Maharashtra and Haryana are going to polls on October 21. The last day for filing of nomination is October 4.

Manohar Lal Khattar and Devendra Fadnavis, the chief ministers of Haryana and Maharashtra respectively, remain the face of the BJP in the polls with the party confident of retaining power riding on the back of Modi's popularity, "public support" to the Centre's decision to abrogate special status to Jammu and Kashmir and the achievements of its state governments.

Khattar is expected to contest from Karnal, a seat from where he had won in 2014.