BJD Support On CAB: A Case Of 'More Loyal Than The King'?

Considered a ‘secular’ party so far, BJD's endorsing the Citizenship Amendment Bill has raised a lot of eyebrows 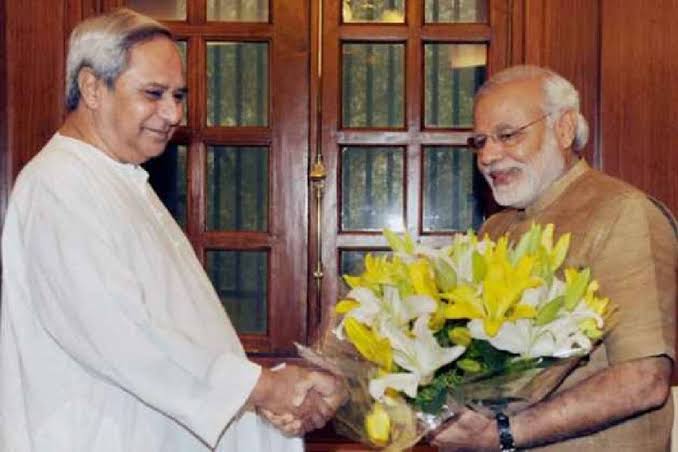 Why did the BJD back the Citizenship Amendment Bill (CAB) in both houses of the Parliament, even after its suggestion for inclusion of Sri Lanka in the list of nations whose religiously persecuted non-Muslim minorities are to be given Indian citizenship under the Act? Notwithstanding the fact that it has supported every single legislation moved by the NDA government, including some opposed by NDA members, this one has raised a lot of eyebrows, mainly because the BJD was considered a ‘secular’ party so far.

What was the quid pro quo for a supposedly secular party endorsing a Bill with scarcely concealed communal intentions? All that BJD leaders have come up with by way of an explanation so far is this: the Modi government has ‘responded positively’ to Odisha’s demand for a legislative council and move a Bill in this regard in the coming budget session of the Parliament. At a meeting with senior BJD MPs on Monday, the day the Lok Sabha voted on the Bill, Home minister Amit Shah stopped short of making any concrete promise, while pointing out the difficulties in fulfilling Odisha’s demand right away. Citing similar demands from Rajasthan and Assam, the Home minister said the Union government cannot make an exception for Odisha, according to sources privy to the meeting.

Even assuming that the Centre will indeed move a Bill for a Vidhan Parishad in the budget session, was it worth jettisoning the principle of secularism for? How does it benefit the state? To put things in perspective, the recent monsoon session of the Assembly was adjourned prematurely with a full 17 working days still left in the session (it sat for just 13 days) citing the absence of ‘business’. Nor was this the first time such a thing had happened. There has not been a single session in the last several years that has completed its full scheduled duration and the excuse has always been the same: ‘absence of business’. The norm fixed during the reign of Biju Patnaik, the man in whose name the BJD is formed, that the Assembly must sit for at least 60 days in a year has long been thrown into the dustbin.

In such a scenario, what purpose would the legislative council serve, other than rehabilitating some ruling party leaders disgruntled at not being given tickets in the last elections or those who lost the election? It is clear that it would only benefit the BJD, not the state. And it would come at an estimated cost of Rs 35 crores a year to the exchequer, hardly a welcome proposition in a cash-strapped state like Odisha. Significantly, both the BJP and the Congress had staged a walkout when the state Assembly passed a ‘unanimous’ resolution in this regard in September, 2018.

The point to note is that none of the other demands raised by the BJD during the meeting – revision of coal royalty, release of pending GST share of the state worth Rs 1, 1149 crores and completion of railway projects, all of which would have benefited the state - was conceded by Shah. All that the BJD managed to extract from him was a promise to look into them ‘favourably’. But these were mere add ons. As far as the BJD is concerned, the ‘main’ demand was the formation of the legislative council. Even on this, the Home minister did not give any definite time limit.

Not just that. None of the BJD’s demands made during the debate on the Bill in the Lok Sabha was conceded either. Not only was the 'main' demand for inclusion of Sri Lanka rejected, the NDA made no commitment on the other two demands – delinking CAB and NRC and removing misgivings about the Bill among Muslims – presumably because they did not amount to anything tangible. The Home minister has already made it clear that the CAB and NRC are two completely different things while the government as a whole has been repeatedly saying that the Bill is not against any community. And yet, the BJD voted for the Bill in the Rajya Sabha on Wednesday without a whimper when even the Shiv Sena, an even greater champion of Hindutva than the BJP, staged a face-saving walkout.

Why the BJD has meekly accepted everything that the Modi government has done can only be speculated on. But there is little doubt that its conduct since the beginning of Modi 2.0. is a case of ‘more loyal than the king himself’.