Under the electoral bonds scheme, the government has offered complete anonymity to those making donations. A donor could anonymously buy a bond and deposit it with the political party of his or her choice. 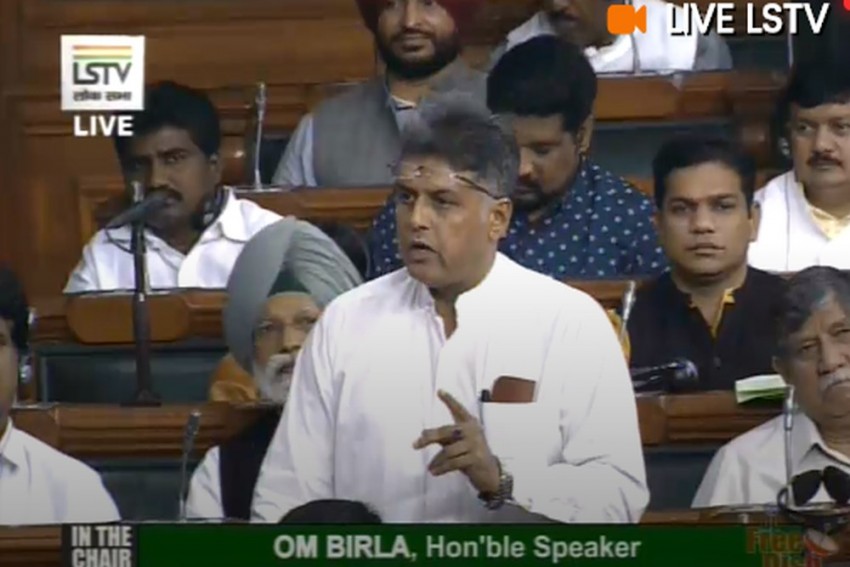 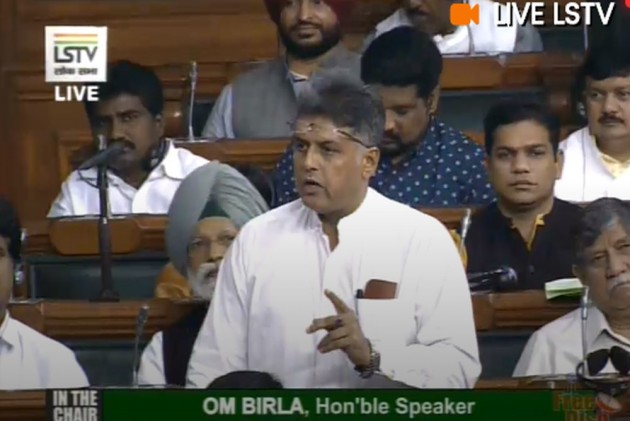 The Congress party on Thursday raised the issue of electoral bonds in the Lok Sabha, alleging the Centre went ahead with the scheme despite the reservations expressed by the Reserve Bank of India and the Election Commission.

However, Speaker Birla told members that the MPs should not lower the dignity of the House by coming into the Well.

"This is wrong. The House is discussing a very important issue on sportspersons. No, no. Don't talk to the chair from the Well. It is the responsibility of every member to maintain decorum and dignity of the House," he said.

The Speaker said the Question Hour is very important and the MPs should not disrupt proceedings.

"I am a new member. You are senior. Don't come to the Well. Maintain the convention," Birla said, adding he has not admitted the adjournment motion moved by the Congress but is ready to allow the party to speak during Zero Hour.

With this, the Congress MPs went to their seats.

At this, Chowdhury said the opposition keep cooperating in the smooth functioning of the House and the Speaker to reciprocate with them.

"You are not new. You are the chair of the House. We are forced to give the adjournment motions to raise very important issues, not to disrespect the chair. We have given the notice because this is a big scam. The country is being looted," he said.

At this, Parliamentary Affairs Minister Pralhad Joshi said Prime Minister Narendra Modi is running the cleanest government and there is no scope of corruption in its functioning.

"You come every day with an adjournment motion bringing some issues. This is not done," Joshi said.

Chowdhury countered Joshi by saying the BJP, while in opposition, disrupted proceedings of the House days together by raising issues like alleged coal scam or 2G scam.

Joshi said at that time the issues were raised in the House as the two cases were either before the Supreme Court or the Comptroller and Auditor General of India.

However, opposition members calmed down after the Speaker's assurance.

"You (Joshi) may be tough but the Speaker is soft," Chowdhury said.

The government on Wednesday kicked off a disinvestment plan, lining up the sale of five public sector units (PSUs), including majority stakes in bluechip oil company BPCL and Shipping Corporation of India.

Also on sale will be a 31 per cent stake in Container Corporation of India (Concor) along with management control.