Dilip Ghosh, a Lok Sabha member from Midnapore, has been addressing large public gatherings over the past couple of months, saying Mamata has imposed lockdown to prevent BJP from holding rallies. 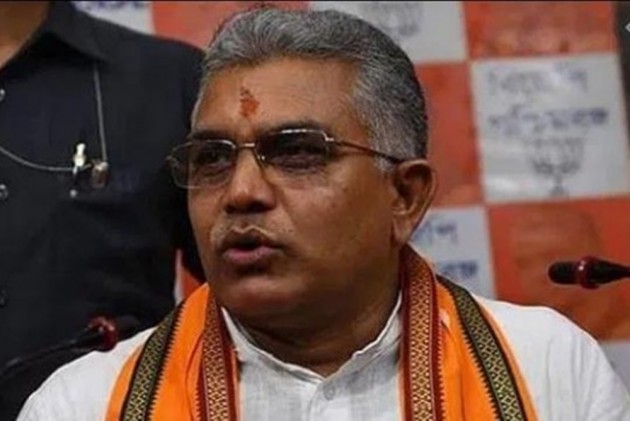 The Bharatiya Janata Party (BJP)’s West Bengal unit president Dilip Ghosh, who had earlier triggered a controversy saying ‘corona is gone’ while justifying organising political rallies, tested positive for Covid-19 on Friday. He has been admitted to a private hospital in Salt Lake area of the city.

Ghosh, a Lok Sabha member from Midnapore, has been addressing public gatherings and leading rallies comprising thousands of supporters over the past couple of months.

The 56-year-old had been unwell since October 11, kept himself to his residence, and did not take part in any political activity. Due to the illness, he did not even participate in Prime Minister Narendra Modi’s virtual meeting with the party leaders.

“His test report came positive on Friday night,” said a BJP state unit member who did not want to be identified. “Ghosh had high fever at the time of hospitalisation,” the leader said.

Most of the BJP’s state unit leaders have been leading rallies of hundreds and thousands of supporters since the relaxation of the lockdown. Last week, the party’s youth wing gathered several thousand supporters from different parts of the state for a march to the State Secretariat.

On September 9, while addressing a public rally at Dhaniakhali in Hooghly district, Ghosh triggered a controversy when he said, “Corona Choley Gechhe (Corona is gone) and yet Didi is imposing lockdowns. This is pure drama to stop us from taking out rallies. But we will take out rallies no matter what she does.”

“Crowds at our public meetings have unnerved the TMC. They are scared,” Ghosh had said while boasting of the party’s ability to draw thousands of people to the party’s programmes. The crowds hinted at the winds of change, he had argued.

The BJP’s Bengal unit leaders have repeatedly argued that it would not be possible for them to avoid holding public meetings or holds those maintaining social distancing norms. “We are fighting a virus deadlier than Covid-19 and it is Mamata Banerjee,” the party’s state unit general secretary Sayantan Basu had earlier said.