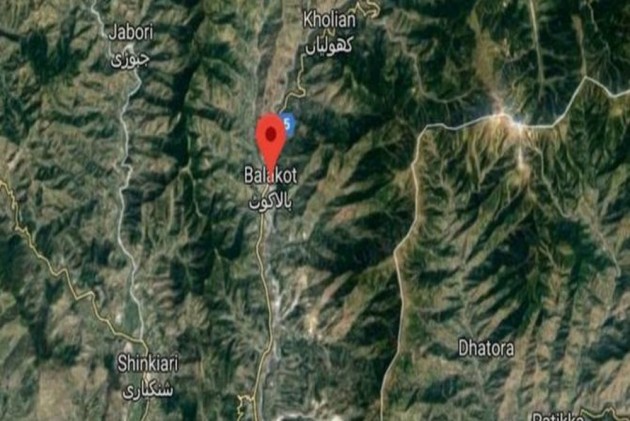 Just before Indian Air Force jets struck the Jaish-e-Mohammad (JeM) terror camp in Balakot on February 26, technical surveillance by Indian intelligence agencies had found 300 mobile phones active at the facility, giving a clear indication of the total number of inmates housed there, sources said in Delhi on Monday.

The National Technical Research Organisation (NTRO) had started surveillance of the facility after the Indian Air Force (IAF) was given clearance to target the camp in Pakistan's Khyber Pakhtunkhwa province, the sources said.

We Don't Count Number Of Dead, Govt Will Give Figures: IAF Chief On Balakot Airstrike

During technical surveillance, it emerged that there was a presence of around 300 mobile phones with active signal strength inside the facility in the days leading up to the strike. The facility was destroyed by the IAF fighters,ÂÂ added the sources who wished to remain anonymous due to first-hand involvement in operational matters.

The sources added that other Indian intelligence agencies had also corroborated NTRO's assessment of active targets with inputs of similar number of Jaish operatives in the Balkot facility.

No official number of terrorists killed in the strike have been announced by the government.

However, IAF chief BS Dhanoa, at a press conference in Coimbatore on Monday, confirmed that the target had been destroyed by Indian fighter jets and those exact casualty numbers was something that the government would release.

Top government leadership gave approval for the air strikes on the Jaish training camp after the Pakistan-based terror outfit carried out the deadliest suicide attack in Kashmir when a CRPF convoy in Pulwama was targeted by a car bomb driven by a JeM terrorist that killed 40 security personnel on February 14.

Hours after the air raid, Foreign Secretary Vijay Gokhale told the media here that the IAF fighters hit the largest militant camp of JeM in Balakot and a large number of JeM terrorists, trainers, senior commanders were eliminated in it.

In an intelligence-led operation, Indian fighter planes struck at the Jaish facility, Gokhale had said, calling the raids pre-preemptive action against the terrorists who were planning further attacks in India.