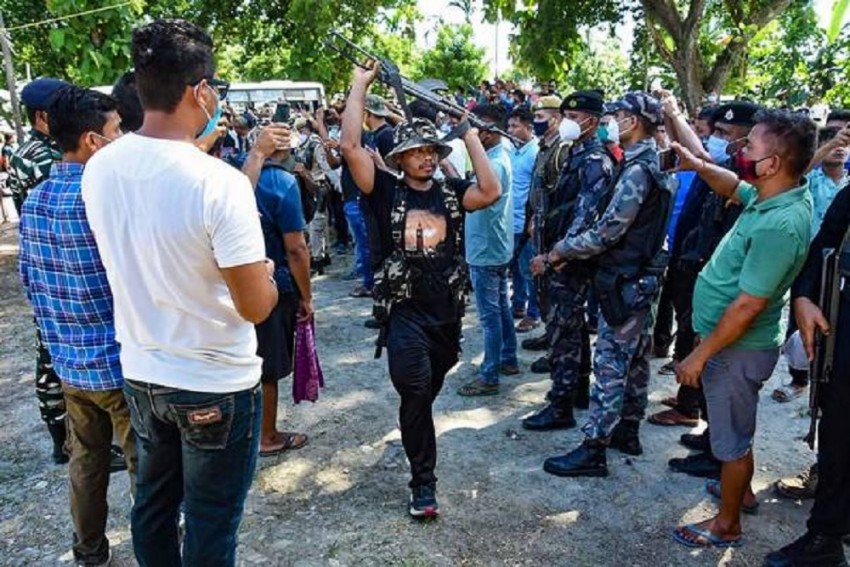 At least 60bodo insurgents  surrendered before the police with arms and ammunition in Assam's Udalguri district on Tuesday, an official said.

Along with the arms, the militants also deposited 228 rounds of ammunition, the official said.
This is the fifth time in a month that the cadres of NLFB laid down their arms in Assam.
Altogether 150 members including its chief M Batha have surrendered so far.

The group was floated after some disgruntled cadres of the erstwhile militant outfit National Democratic Front of Boroland (NDFB) returned to the forest. The NLFB was active mostly in the Bodoland Territorial Region (BTR).

Since its formation a few months ago, one member was killed in a police encounter and 27 others have been arrested.

Batha, a former NDFB militant, was among the 1,615 cadres from all the factions of NDFB who had laid down their arms on January 30 last year on signing of the 3rd Bodo Peace Accord.

Not satisfied with the implementation of the Accord, he later went underground after the Bodoland Territorial Council (BTC) polls in December 2020 and announced the formation of the NLFB, which has mostly been involved in extortion in the BTR.

A total of 3,439 militants of different groups have surrendered since 2016 in Assam, Chief Minister Himanta Biswa Sarma had said in the state Assembly on July 12.