Home  »  Website  »  National  »  'As Yogi, I Will Definitely Not Go For Mosque Inauguration,' Says UP CM Adityanath; SP Asks For Apology

'As Yogi, I Will Definitely Not Go For Mosque Inauguration,' Says UP CM Adityanath; SP Asks For Apology

In an interview to a television channel, Adityanath said he couldn’t go for the mosque inauguration in Ayodhya 'as a yogi and as a Hindu'. 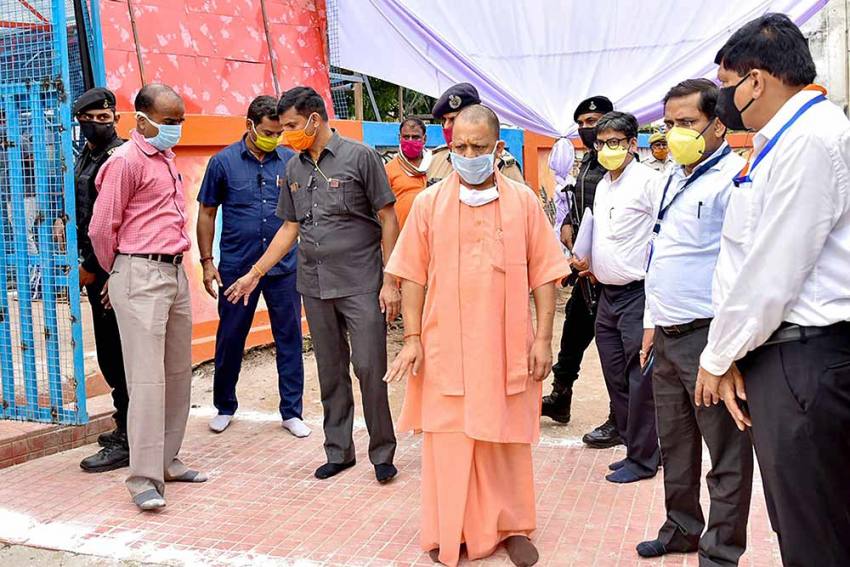 Uttar Pradesh Chief Minister Yogi Adityanath takes stock of preparations for the ground breaking ceremony of the 'Ram Mandir' in Ayodhya.
PTI Photo
PTI 2020-08-07T14:32:21+05:30 'As Yogi, I Will Definitely Not Go For Mosque Inauguration,' Says UP CM Adityanath; SP Asks For Apology 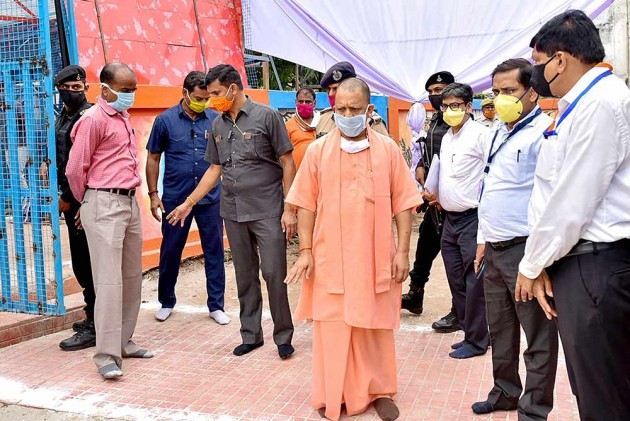 The Samajwadi Party on Friday sought an apology from Uttar Pradesh Chief Minister Yogi Adityanath over his remark that he would not attend the inauguration of the mosque to be built in Ayodhya, replacing the demolished Babri Masjid.

In an interview to a television channel Thursday, Adityanath said he couldn’t go for the mosque inauguration “as a yogi and as a Hindu”.

Reacting to the remark, the opposition SP said he should seek an apology from the people of the state. When contacted, a UP Congress spokesperson, however, refused to comment on the chief minister’s remarks over the mosque.

"If you ask me as a chief minister, I have no problem with any belief, religion or community. If you ask me as a yogi, I will definitely not go because as a Hindu I have the right to express my 'upasana vidhi' (way of worship) and act accordingly," Adityanath had said.

"I am neither 'vaadi or “prativadi' (petitioner nor respondent). That is why neither will I be invited, nor will I go. I know, I won’t be getting any such invitation,” he said.

"The day they invite me, secularism of many will be in danger. That's why I want that their secularism should not be in danger and I continue to silently work to ensure that everyone benefits from government scheme without any discrimination," he said.

He claimed that the Congress never wanted a solution to the dispute. “They wanted the dispute to continue for their political benefit."

"Attending roza-iftar with a skull cap is not secularism. People also know that this is drama. People know the reality," the CM said.

SP spokesperson Pawan Pandey criticised Adityanath over his remarks, charging that he has violated the oath he took while assuming charge as the chief minister.

“He is the CM of the entire state, and not only of the Hindu community. Whatever the population of Hindus and Muslims in the state, he is the CM of all. This language of the CM lacks dignity,” he said.

“He should seek an apology from the people for this," Pandey said.

UP Congress media cell convenor Lalan Kumar said, "We don’t have any comments on his mosque statement."

But he credited the then prime minister Rajiv Gandhi for opening the locks on the Ram Janmabhoomi-Babri Masjid.

Referring to the ruling BJP, the Congress spokesperson said, “They play politics of fake Hindutva. The Congress has always talked about whatever is in the interest of people.

“Lord Ram is everyone’s, but the BJP wants to show that Ram is theirs alone,” he added.

Yogi Adityanath had attended the groundbreaking ceremony Wednesday for a Ram temple in Ayodhya, where Prime Minister Narendra Modi was the main guest.

Last November, the Supreme Court had settled the Ayodhya land dispute, allowing the construction of the temple at Ram Janmabhoomi by a trust.

The apex court had also ordered the allocation of a five-acre plot of land elsewhere in Ayodhya for the construction of a mosque, in place of the Babri Masjid which was demolished by ‘kar sevaks’ in 1992.

A trust has been formed by the Sunni Waqf Board for building this mosque.