Arun Jaitley, in a Facebook post, rejected allegations of conflict of interest of CAG Rajiv Mehrishi saying he never dealt with any file or paper relating to the fighter jet deal during his tenure in the Finance Ministry in 2014-15. 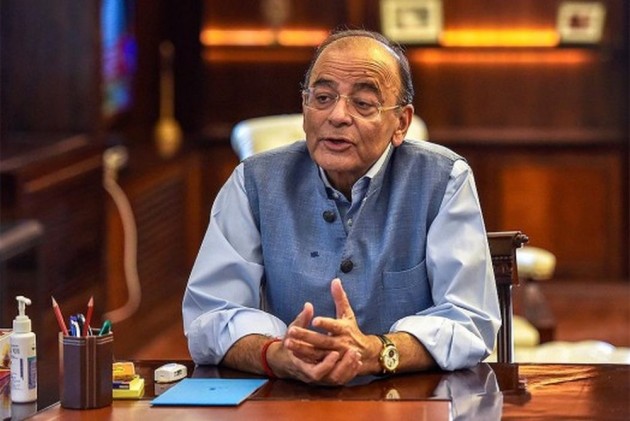 Launching a scathing attack on Congress President Rahul Gandhi, Union minister Arun Jaitley on Tuesday accused the party of peddling "lies" on the Rafale deal to save a "sinking dynasty" and manufacturing a new falsehood every day.

Jaitley, in a Facebook post, rejected allegations of conflict of interest of CAG Rajiv Mehrishi saying he never dealt with any file or paper relating to the fighter jet deal during his tenure in the Finance Ministry in 2014-15.

Stating that the contagion effect of falsehood is fairly large, Jaitley said the lies spread by the Congress have spread to other colleagues in the "Mahajhootbandhan".

"In relation to the Rafale deal where thousands of crores of public money has been saved, a new falsehood is manufactured on a daily basis. The latest is in relation to the present CAG and his participation in the decision making process of Rafale," Jaitley said.

In 2014-15, present CAG Mehrishi was Economic Affairs Secretary in the Finance Ministry, and being the senior most bureaucrat was also designated as the Finance Secretary.

"I say this without fear of contradiction that no file or paper relating to the Rafale transaction ever reached him nor was he in any way, directly or indirectly, associated with the decision making on defence purchases. Expenditure to be incurred on purchases by various departments of the Government needs the approval of Secretary (Expenditure)," he said.

Asking as to why then a lie in relation to the CAG having a non-existent conflict of interest is being raised, Jaitley said "the dynast knows that his 500 crore vs 1600 crore kindergarten argument was a fictional story. No one would ever buy it because facts don't support it. Even before the contents of CAG report are known, a ‘Peshbandi’ attack on the institution of the CAG is launched," Jaitley said.

Without naming Gandhi, Jaitley said "the dynast" and his friends have in the past even attacked the Supreme Court when it rejected the writ petition on Rafale.

He said the entire pricing argument of the Congress was factually wrong and the procedure argument that there was no Defence Acquisition Council, no CCS, no Contract Negotiation Committee was a blatant lie.

"The Rs 30,000 crore favour to a private company is non-existent. The use of sliced document by a newspaper is unprecedented in the history. The use of an incomplete document is certainly not in consonance with the spirit of free speech.

"The ‘no integrity pact’ argument is belied by the fact that even in earlier purchases through inter-governmental agreement with Russia and the United States, such pacts were not there. Now without a shred of evidence, a fictional conflict of interest of the CAG is invented," he said.

Jaitley said truth is both precious and sacrosanct and in mature democracies those who deliberately rely on falsehood are banished from public life.

"In modern world dynasties inherently have their limitations. Aspirational societies abhor kingdoms. They insist on accountability and performance. But the grand old party of Indian politics has sadly become a captive of a dynasty. Many of its senior leaders lack the courage and moral authority to advise the dynasts to change course.

"This trend started in early 1970s; climaxed during the Emergency and has continued ever since. The 'slave' mentality of senior leaders convinces them that they must only sing the song scripted by the dynast. A contrarian opinion will cost them their political career. When the dynast speaks lies, they all join the chorus," Jaitley said.