In their statement to the BBC, the Indian Army said they were 'a professional organisation that understands and respects human rights' and that all allegations 'are investigated expeditiously'. The army maintained that they had 'not manhandled any civilians as alleged.' 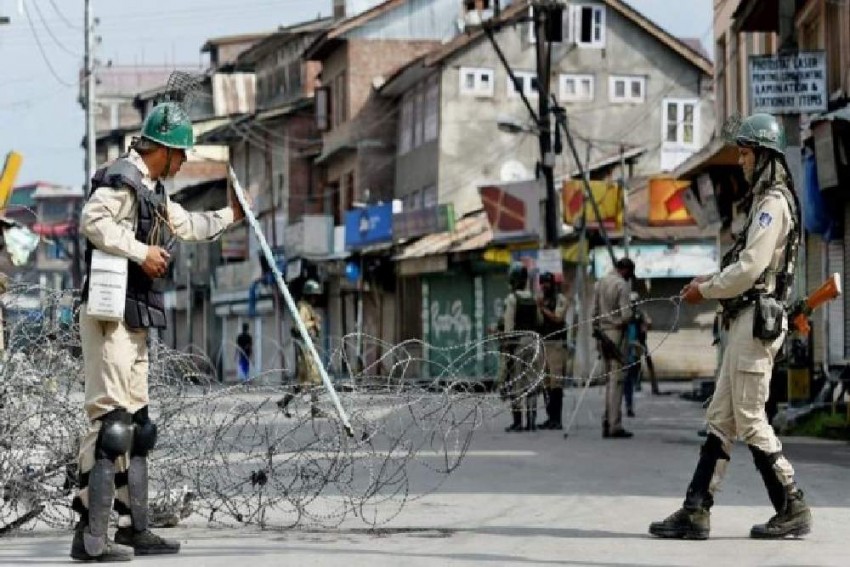 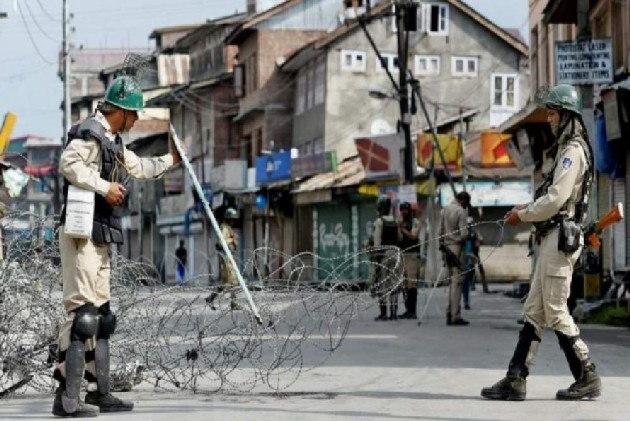 Security forces are allegedly carrying out beatings and torture in Jammu and Kashmir in an attempt to stifle protests after the government revoked the special status of the state, according to a BBC Report. The Indian army has, however, called such allegations "baseless and unsubstantiated".

The BBC in its report said that it heard from several villagers who said they were beaten with sticks and cables and even given electric shocks. The reporter, however, admitted that the allegations could not be verified with officials.

The BBC reporter said he had visited at least half a dozen villages in the southern districts which have emerged as a hub of anti-India militancy in the past few years.

He claimed to hear similar accounts from several people in all these villages of night raids, beatings and torture.

The report said that while doctors and health officials were unwilling to speak to journalists about any patients regardless of ailments, but the villagers have showed him injuries that were allegedly inflicted by security forces.

In one village, residents said that the army went from house to house just hours after India announced the controversial decision that upended a decades-old arrangement between Delhi and Kashmir.

Two brothers alleged that they were woken up and taken to an outside area where nearly a dozen other men from the village had been gathered. Like everyone else, they were too afraid of reprisals to reveal their identities.

"They beat us up. We were asking them: 'What have we done? You can ask the villagers if we are lying, if we have done anything wrong?' But they didn't want to hear anything, they didn't say anything, they just kept beating us," one of them said.

"We told them we are innocent. We asked why they were doing this? But they did not listen to us. I told them don't beat us, just shoot us. I was asking God to take me, because the torture was unbearable."

Another villager, a young man, said the security forces kept asking him to "name the stone-throwers" - referring to the mostly young men and teenage boys who have in the past decade become the face of civilian protests in Kashmir Valley.

He said he told the soldiers he didn't know any, so they ordered him to remove his glasses, clothes and shoes.

"Once I took off my clothes they beat me mercilessly with rods and sticks, for almost two hours. Whenever I fell unconscious, they gave me shocks to revive [me].

"If they do it to me again, I am willing to do anything, I will pick up the gun. I can't bear this every day," he said.

The young man added that the soldiers told him to warn everyone in his village that if anyone participated in any protests against the forces, they would face similar repercussions.

Unprecedented restrictions have put Kashmir into a state of lockdown for more than three weeks and information has only trickled out since 5 August when Article 370 - as the provision giving the region special status is known - was revoked.

Tens of thousands of extra troops have been deployed to the region and about 3,000 people - including political leaders, business people and activists - are reported to have been detained. Many have been moved to prisons outside the state.

The authorities say these actions are pre-emptive and designed to maintain law and order in the region, which was India's only Muslim-majority state but is now being divided into two federally-run territories.

All the men that the BBC spoke to in all the villages believe the security forces did this to intimidate the villagers so that they would be too scared to protest.

In a statement to the BBC, the Indian army said it had "not manhandled any civilians as alleged".

"No specific allegations of this nature have been brought to our notice. These allegations are likely to have been motivated by inimical elements," army spokesperson Col Aman Anand said.

Measures had been taken to protect civilians but "there have been no injuries or casualties due to countermeasures undertaken by the army", he added.

BBC reporter said that he drove through several villages where many residents were sympathetic towards separatist militant groups, whom they described as "freedom fighters".

It was in one district in this part of Kashmir in February that a suicide attack killed more than 40 Indian soldiers and brought India and Pakistan to the brink of war.

This was also the same region where popular Kashmiri militant Burhan Wani was killed in 2016, after which many young and angry Kashmiris joined the insurgency against India.

There's an army camp in the region and the soldiers regularly comb the area to track down militants and sympathisers, but villagers say they often get caught in the middle.

In one village, the reporter met a man in his early 20s who said the army threatened to frame him if he didn't become an informant against militants. When he refused, he alleged, he was beaten so badly that two weeks later he still cannot lie on his back.

There's an army camp in the region and the soldiers regularly comb the area to track down militants and sympathisers, but villagers say they often get caught in the middle.

"If this continues I'll have no choice but to leave my house. They beat us as if we are animals. They don't consider us human."

Another man who showed the BBC his injuries and said he was pushed to the ground and severely beaten with "cables, guns, sticks and probably iron rods" by "15-16 soldiers".

"I was semi-conscious. They pulled my beard so hard that I felt like my teeth would fall out."

He said he was later told by a boy who had witnessed the assault that one soldier tried to burn his beard, but was stopped by another soldier.

In yet another village, the reporter met a young man who said his brother had joined the Hizbul Mujahideen - one of the largest groups fighting Indian rule in Kashmir- two years ago.

He said he was recently questioned at an army camp, where he alleged he was tortured and left with a leg fracture.

"They tied my hands and legs and hung me upside down. They beat me very badly for more than two hours," he said.

But the army denies any wrongdoing.

In their statement to the BBC they said they were "a professional organisation that understands and respects human rights" and that all allegations "are investigated expeditiously".

It added that 20 of a total 37 cases raised by the National Human Rights Commission (NHRC) in the past five years were found to be "baseless", 15 were being investigated and "in only three cases allegations were found to be probe-worthy". Those found guilty, the statement added, are punished.

However, earlier this year, a report released by two prominent Kashmiri human rights organisations documented hundreds of alleged cases of human rights violations in Kashmir over the past three decades.

The UN Commission on Human Rights has also called for setting up a Commission of Inquiry (COI) to conduct a comprehensive independent international investigation into allegations of human rights violations in Kashmir. It has released a 49-page report on alleged excesses by security forces in the region.

India has rejected the allegations and the report.