Indian dogs are bright, vigilant, social, highly intelligent and easily trainable. They are very territorial and defensive of the family and children whom they live with. World’s most unique and rare breeds come from India. 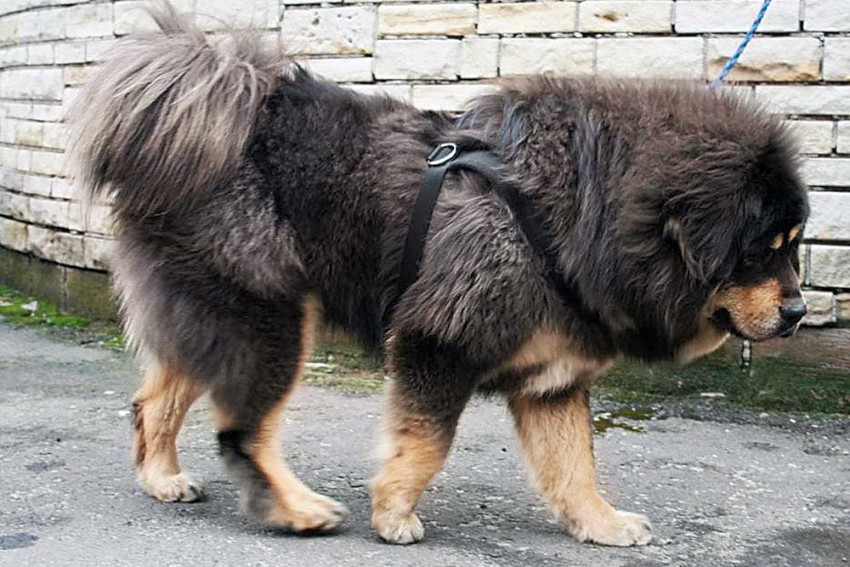 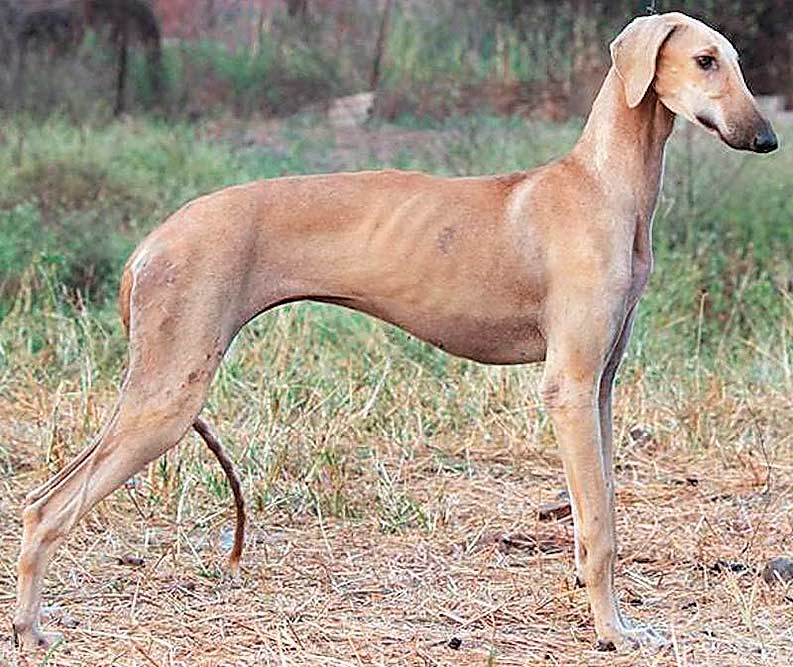 Mudhol
Origin: Deccan Plateau Unlike other breeds of Indian dogs, the Mudhol hound, a favourite pet in the Deccan, is thriving. 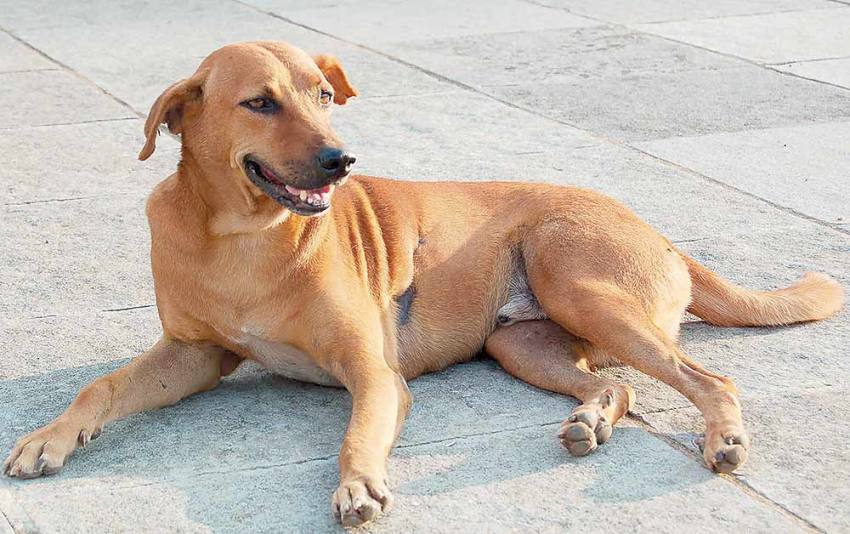 Indian Pariah
Origin: All over India The stray on Indian streets is a Pariah breed, but it’s mostly a mix bec­ause of cross-breeding. Purebreds thrive in the deep hinterlands. 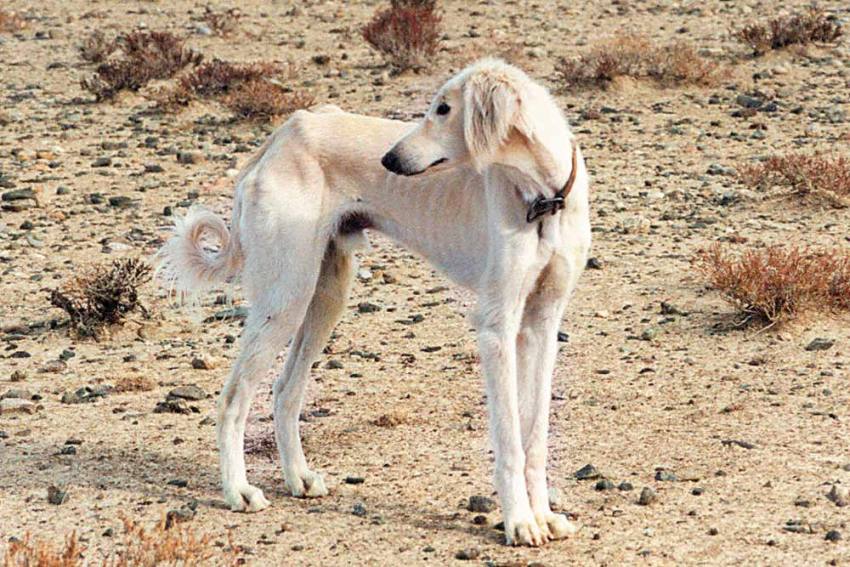 Tazi
Origin: Maharashtra Skilled hunters, they are near-extinct in India. This breed can be found in Russia. 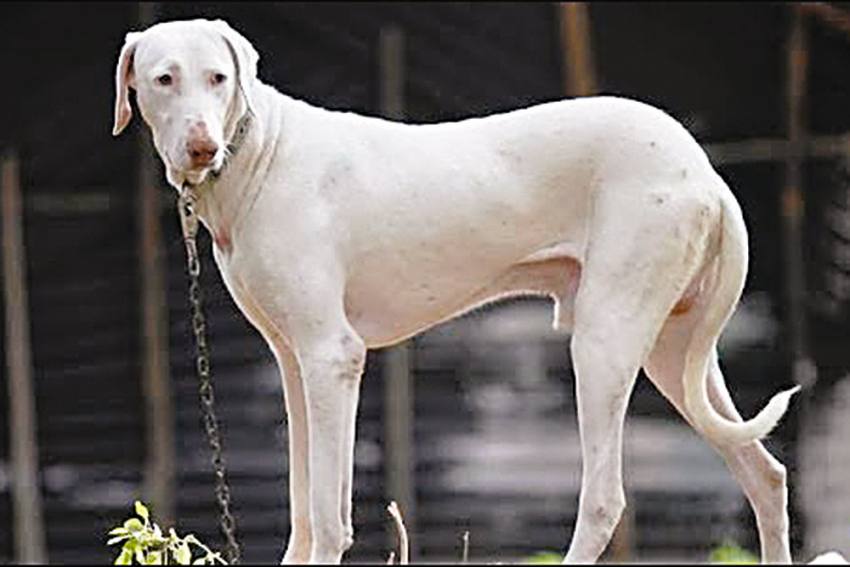 Rajapalayam
Origin: Tamil Nadu Hound dogs of Tamil aristocrats, they fought alongside Tipu Sultan against the British. They’re also found in the army. 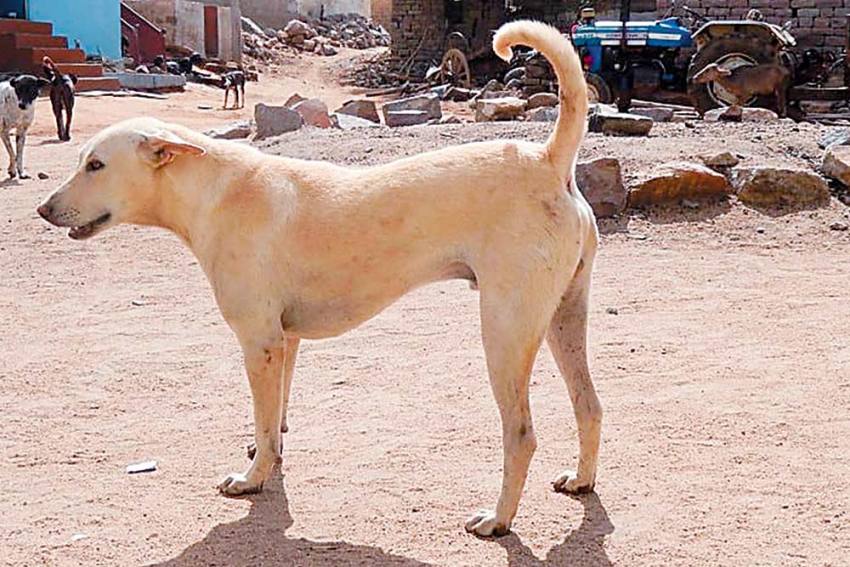 Pandikona
Origin: Andhra Pradesh They hunt small boars, hares and rabbits. This breed is known for its strong territorial instinct and is often used as a guard dog. 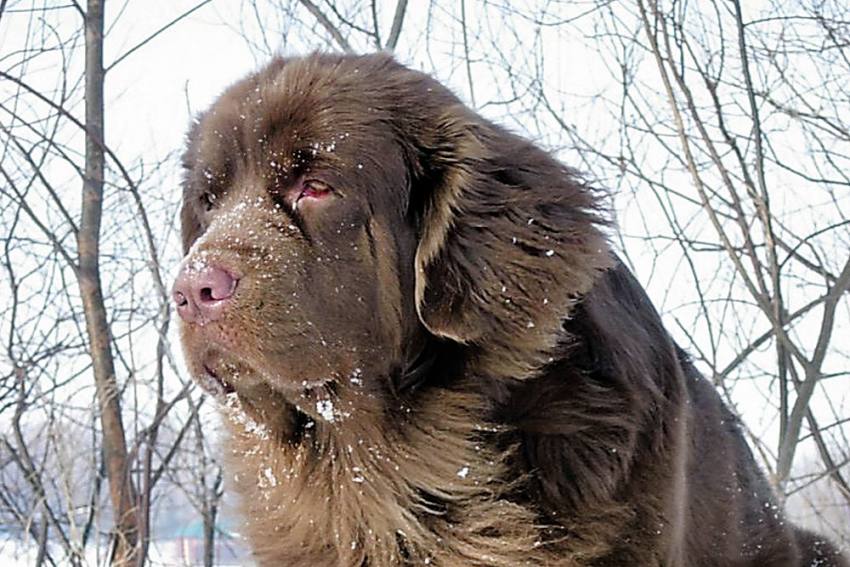 Bakharwal Dog
Origin: Jammu and Kashmir Also called the Kashmir Mastiff or Gujjar watchdog, they are a cross between wolf and the Molosser sheepdog. This breed is on the brink of extinction. 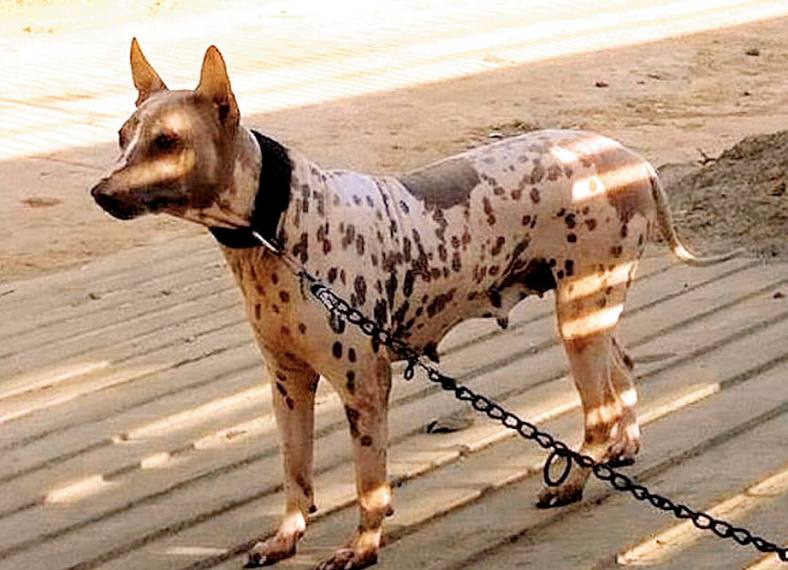 Jonangi
Origin: Andhra Pradesh These hunters are the only fishing dogs in India. Considered a menace to fishermen, they were hunted down to near-extinction. 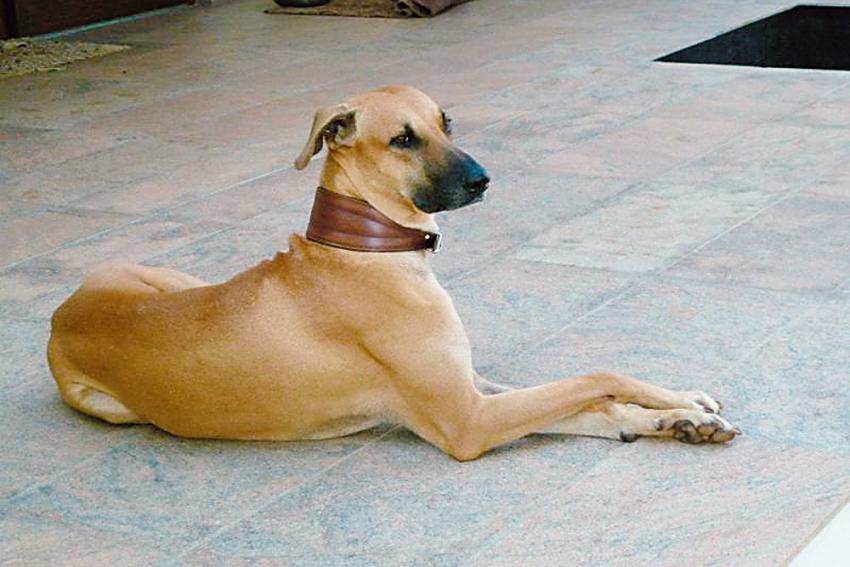 Kombai
Origin: Tamil Nadu In the old days, they were used for hunting. 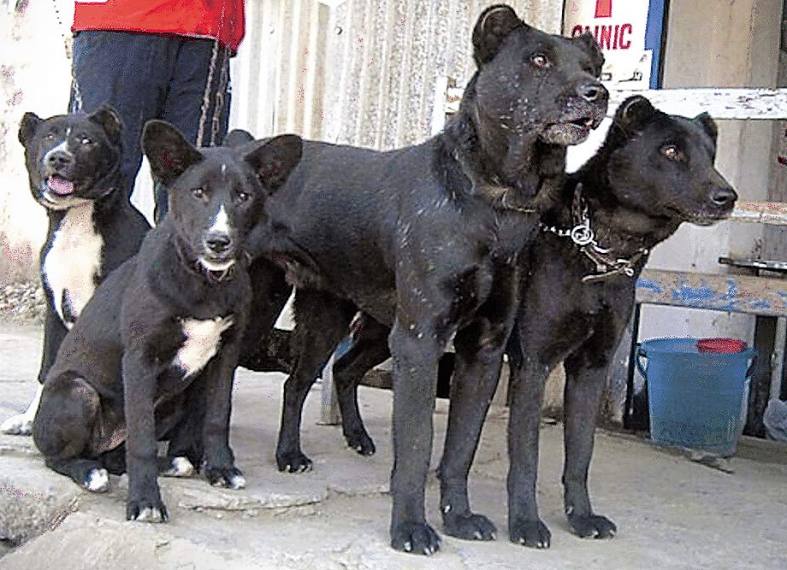 Tangkhul Hui
Origin: Manipur Lore has it that this endangered species is a cross-breed ­between the Asiatic black bear and wild hunting dogs. 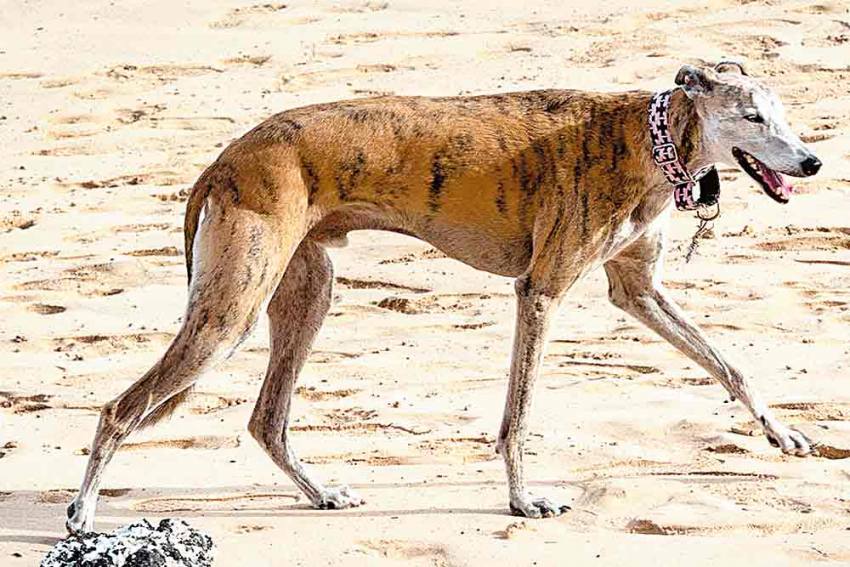 Rampur Greyhound
Origin: West Bengal They were popular among the royal families of India; used for hunting jackals, tigers and even lions. 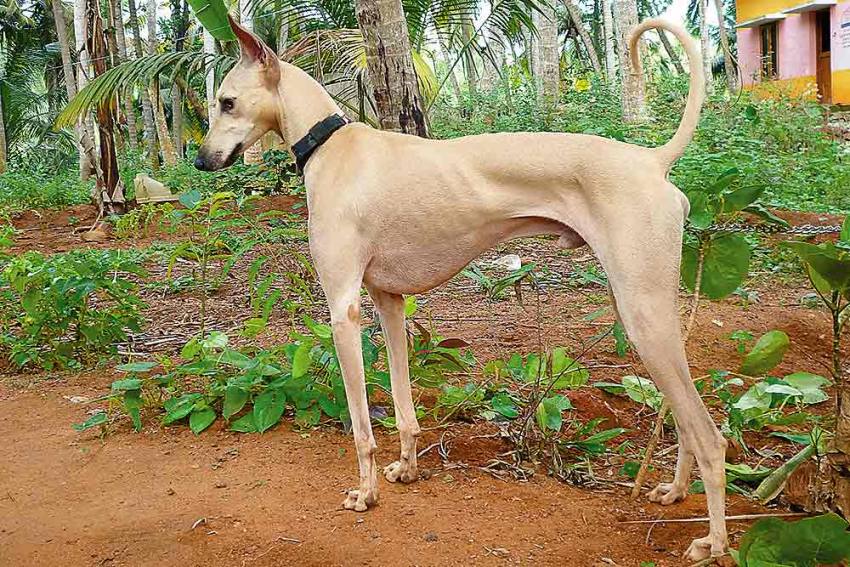 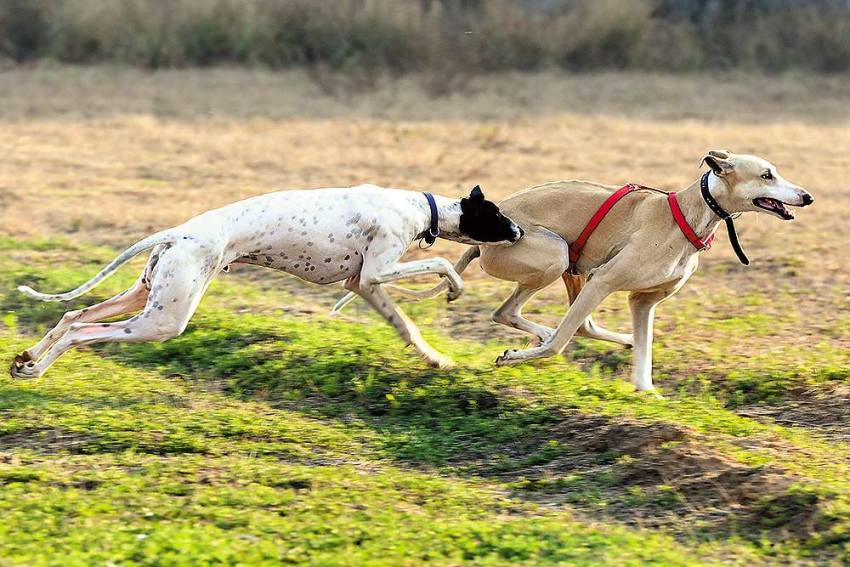 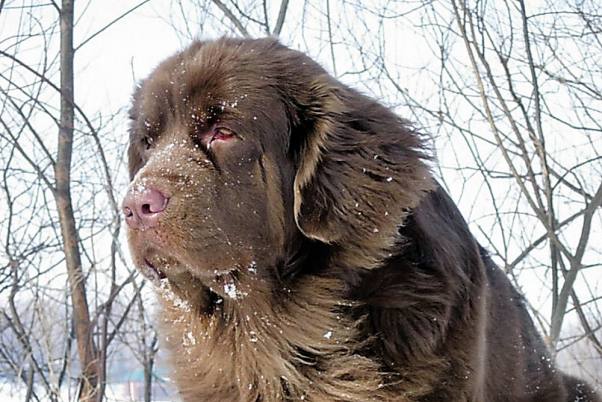 Indian breed dogs have played a key role in winning wars. Rajapalyam, for example, the desi dog with its pure white coat and the pink nose was used by Tipu Sultan’s army in wars to attack the horse cavalry. They were popularly known as Tipu’s hounds and were used to fight against the British during the Carnatic wars and Polygar wars.

In his 68th ‘Mann Ki Baat’ address, Prime Minister Narendra Modi suggested people to bring home Indian breed dogs as they require less expense on their maintenance and are already well adapted to the country's climatic conditions. Mudhol Hound, Himachal Hound, Rajpalayam, Kanni, Chippiparai and Combai are some of India's indigenous breeds that PM Modi spoke about. He further added that these Indigenous dogs have played a crucial role in detecting a number of explosives and helped in thwarting terror conspiracies.

Many dog lovers are of the opinion that Indian breed dogs are stronger as compared to foreign breeds because they have naturally evolved under Indian climate and environment. Veterinary physician Dr Satinder Puri says that exposure to the extreme temperature variations and adverse climatic conditions have strengthened the immunity of the Indian puppies. The more resilient immune system means lesser sickness, higher resistance to ailments and less reliance on veterinary attention opposed to other exotic breeds which are prone to diseases.

Most importantly, there are no specific dietary requirements for Indian breeds; they survive well on Indian food with their digestive system well adapted to local conditions resulting in higher food conversion ratio i.e. less quantity of food is efficiently utilised. Indian breeds are modest eaters and rarely overeat resulting in very few obesity cases and lifestyle diseases such as diabetes, cardiac diseases and arthritis in old age.

The Mudhol Hounds have good immunity and most importantly can survive under India’s harsh climatic changes. Indian breed dogs encounter fewer genetic disorders and health ailments such as hip dysplasia, epilepsy and brachycephalic syndrome which acts as a good motivator for people to adopt them. With the right diet, Indian dogs do not smell at all, unlike several other pedigree dogs that have a distinct dog smell.

Since their hair coat is small, they require minimal efforts on grooming and do not have excessive hair shedding. This results in few dermatological diseases as compared to pedigree dogs that have long hair coats.

Also Read: The Hounds Of Hindustan

It has been observed that youngsters these days prefer to adopt Indian breed dogs. This is mainly because they require less maintenance, less veterinary attention, fewer expenses on food, their intelligence and loyalty make them a good fit to be adopted.

A dog lover, Suraj Pratap Singh, says, “Just after PM Modi’s speech, the adoptions of Indian breed dogs have increased remarkably, especially in south India. The demand in south India for pure Indian breeds, like Rajapalayam, have gone up. And those who didn’t know much about Indian breeds have also started asking for their adoption. People are also asking for mongrel breed dogs. The main reason for people asking for these Indian breeds is that they can survive in Indian climatic conditions, they are low maintenance and have a high immune system.”

The CISF, CRPF and NSG have already started inducting indigenous breeds in their forces. These dogs undergo extensive training under the National Disaster Relief Force. Indian dog enthusiasts feel the need for conserving Indian pedigrees such as the Rajapalayam Hounds, Lhasa Apsos, the Bakharwals, the Himalayan Bhutias. They speak of the need for radical measures such as culling “mixed breed strays” as they lead to a dilution of our natural breeds.

“It is quite the opposite actually,” says Ayesha Christina, an animal right activist and the founder of the NGO, Neighbourhood Woof, “the Himalayan Mountain dogs such as the Bhutia, Bakharwal, Tibetan Mastiff and Lhasa Apsos are definitely naturally occurring breeds that have remained relatively stable bloodlines because of where they breed. The others such as Rajapalayam and Chippiparai Hounds are dogs that have been bred by mating European and American pedigrees with our naturally occurring local breeds.”

Medieval kings and rich nobles imported dogs that perished because the climate was hardly suitable for their survival. These dogs were mated with local breeds to produce what are today known as Indian pedigrees. “Our local street dogs are the most suited to our climate, they have practically evolved to coexist with and be loyal to us. They possess all of the same traits that are prized in pedigree dogs,” adds Christina.

But sadly still, Indian dog lovers are of the opinion that one would never find a breeder breeding Indian breeds and they majorly exist only and only on the streets and some are even becoming extinct. But among youngsters, Indian dogs are fast becoming a fad as now many rescuers and adoption coordinators are pushing for adoption abroad.

Indian dogs are bright, vigilant, social, highly intelligent and easily trainable. They are very territorial and defensive of the family and children with whom they live. One will be surprised to know that one of the world’s most unique and rare breeds come from India.

Leena Tandon, writer, director and co-founder of House of Paws, an animal-welfare NGO says, “I feel that Indie dogs should always be the first choice for adoption as they are intelligent, adaptable and absolutely less maintenance than any other fancy breed. But people still demand fancy dogs. They get adopted faster than an Indie dog. It is a basic understanding of people where they feel breed dogs are better lookers than Indies and they want a fancy pet around than a companion who will always be by their side.”

Tandon says that even after the awareness about Indian breed dogs, most Indie pups die on roads as there are no takers for them. Getting Indies adopted is still a big challenge. Unless we completely stop breeding is when Indies might have a chance of survival.

They are excellent hunting and watchdog.

They were popular once among the royal families of India. They were used for hunting jackals, tigers and even lions.

During olden days they were used for hunting purposes.

According to many people, this breed came from the Asiatic black bear. This is an endangered species.

They are also called the Kashmir Mastiff or Gujjar watchdog. It is a cross between a wolf and a Molosser sheepdog. This breed is on the brink of extinction.

They were used for hunting and by the farmers as well. But slowly, the farmers moved to other profession and they were abandoned and were killed as well. They were considered to be a menace for the fishermen because these dogs knew how to fish. This breed is near to extinct.

They hunt small animals like boar, hare and rabbits. This breed of dog is known for its strong territorial instinct and is often used as a guard dog.

They are the companion dogs of the aristocrats of Tamil Nadu. They were used to fight against the British during the Carnatic wars and Polygar wars and are still used by the Indian army.

They were skilled hunters, but this breed is near to extinct. It is very difficult to find an original Tazi in India. Now this breed can be found in Russia.

Origin: All over India

They are the regular stray dogs found on the streets of India. They are also found in Bangladesh and some parts of South Asia.

Unlike other breeds of dogs, the Mudhol Hound is thriving in India. They are pets for many families in the Deccan plateau. They have amazing stamina and can run with great speed.

They are also called the India Mastiff dog. This dog breed has many skills and are primarily used for hunting.

'Humane' Side Of Police Came To Fore During COVID-19 Pandemic: PM Narendra Modi