The CPI(M) leader MY Tarigami said the move will hamper the functioning of the government in J&K. 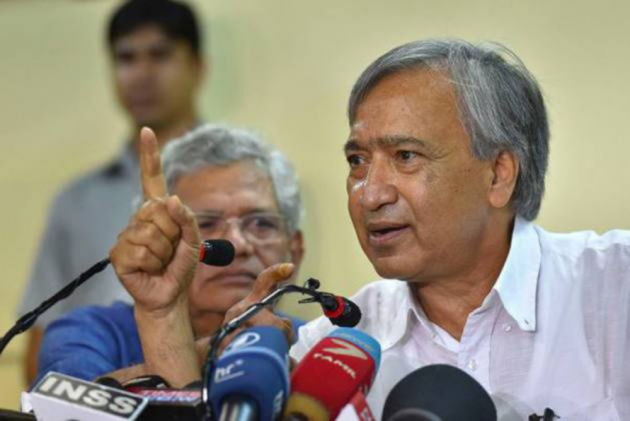 A day J&K administration issued an order mandating vigilance clearance for government employees for getting passports, CPI(M) leader Mohammad Yousuf Tarigami on Friday said it will affect overall functioning of the government.

"A government employee is a tool to implement policies of the government. If the same employee is made a suspect by doubting him and putting him in the basket of suspicion repeatedly, it will adversely affect his working and in turn affect overall functioning of the government," Tarigami said in a statement.

He said there is already a procedure laid down to deal with any employee involved in anti-national subversive activities.

He added issuing new orders will only create an atmosphere of suspicion.

"It seems, because of some ill advice, the J&K administration is resorting to such an unwarranted course and to targeting its employees and thereby putting them under constant fear. If an employee is violating the law, he must be dealt with according to the already laid down procedures, but this type of an arbitrary approach is not good in a democracy," the former MLA added.

Tarigami said denying anyone a passport based on a vigilance case cannot be a substitute for being found guilty in a court of law.

"One of the most sacred principles of the justice system is that a person is innocent until proven guilty. How can the government deny a passport to an employee on mere registration of a case by vigilance?" he asked.

"The authoritarian orders issued by the administration are against the interests of the people of all the regions and communities. Instead of issuing such orders, the government must ensure that the rights of the people and their livelihood are protected," he said.(With PTI inputs)