Amid Mamata Vs Suvendu High-Voltage Battle, Kisan Morcha To Hold Mahapanchayat In Nandigram

The Mahapanchayat in Nandigram has been scheduled for March 13. This is two days after Mamata Banerjee is expected to file her nomination for candidature from the seat. 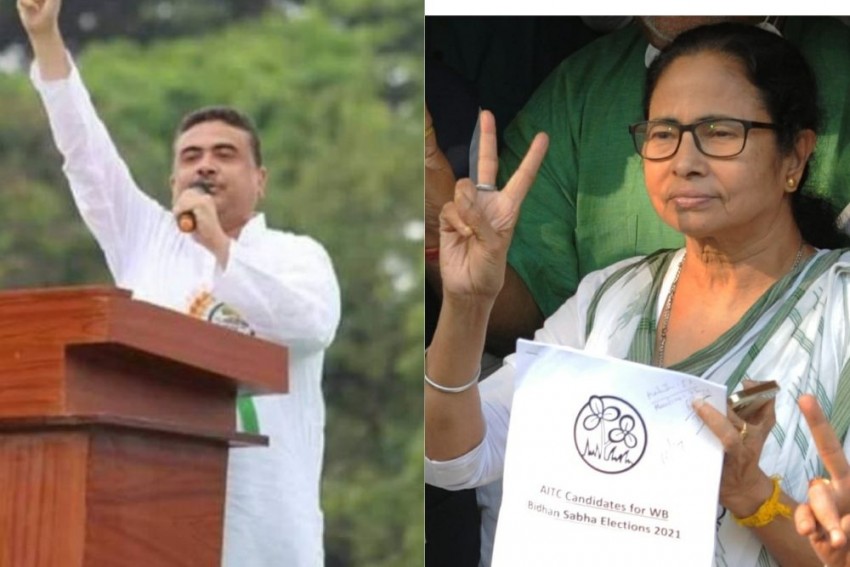 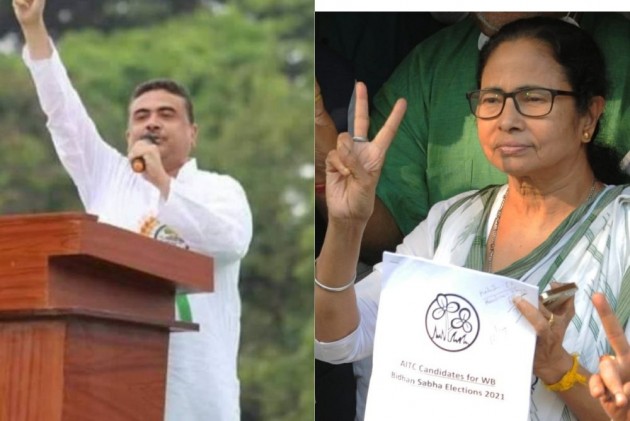 The Samyukta Kisan Morcha that is spearheading the farmers' agitation in northern India against three farm laws have decided to hold 'mahapanchayats' in different parts of West Bengal ahead of the state Assembly elections.

One of the places is Nandigram, the site of a much-talked-about anti-displacement movement during 2006-08 that played a pivotal role behind the fall of the 34-year-old Left Front regime in 2011.

It is now slated to be the theatre for the state's most high-profile electoral contest between Mamata Banerjee and Suvendu Adhikary, Nandigram's outgoing MLA who was one of Mamata Banerjee's close aides until a few months ago.

The Mahapanchayat in Nandigram has been scheduled for March 13. This is two days after Mamata Banerjee is expected to file her nomination for candidature from the seat.

"We'll hold at least five mahapanchayats between March 12 and 14, in Kolkata, Nandigram, Singur, and Asansol. The list may have a couple of more places," said Avik Saha, organising secretary, All India Kisan Sangharsh Coordination Committee (AIKSCC), one of the components of Samyukta Kisan Morcha.

Kisan Morcha leaders have already started arriving in the state. Between March 12 and 14, senior leaders of the movement, such as Rakesh Tikait, Hannan Mollah, Yogendra Yadav and Darshan Pal are likely to address these rallies. However, the list of speakers for the Nandigram rally was yet to be finalised till Saturday night.

During 2006-08, Adhikary acted as Mamata Banerjee's general in the anti-displacement movement and since then he has been Mamata's representative for the area.

Mamata Banerjee has her own popularity in Nandigram because of her close involvement with the movement. She has repeatedly acknowledged the role of the movements in Nandigram and Singur behind her ascent to power.

Political observers feel the AIKSCC leaders' BJP-bashing from Nandigram over farmers' issues could increase the challenges Suvendu Adhikary is faced with, as Mamata Banerjee has always nurtured a pro-peasant image of herself.

As a matter of policy, the state government did not allow large-scale acquisition of farmland for industrial purposes during its 10 years regime.

The anti-displacement, farmers' movements in Singur and Nandigram during 2006-08, along with the one in Kalinganagar of Odisha, played an instrumental role behind the scrapping of the archaic Land Acquisition Act of 1894, which was replaced by the more farmer-friendly Right to Fair Compensation and Transparency in Land Acquisition, Rehabilitation and Resettlement Act, 2013.