Home  »  Website  »  National  »  Amid Maharashtra Political Drama, How Scindia Hogged Limelight, For A While

Amid Maharashtra Political Drama, How Scindia Hogged Limelight, For A While 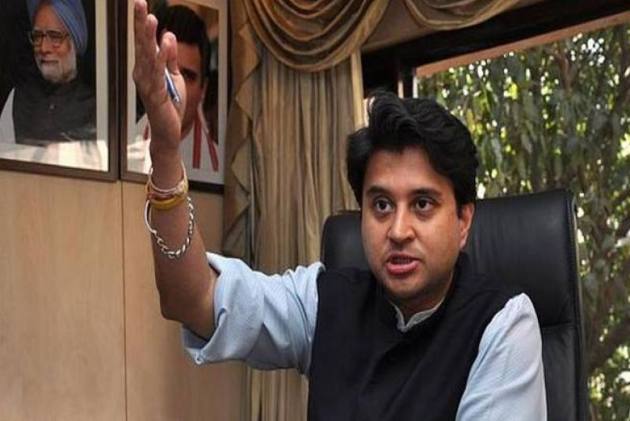 In times of political pandemonium, the act of altering a Twitter bio by a politician is seen as an act of rebellion. When the young Congress leader, Jyotiraditya Scindia, removed his party’s name from his Twitter handle, speculations of revolt were rife. For a few social-media-minutes, attention was drawn away from the Maharashtra muddle to a possible Madhya Pradesh mess.

Political circles were abuzz with rumours about safety of Kamal Nath government in Madhya Pradesh. Questions were raised if the BJP was trying to get back the state it lost with a narrow margin. Assembly elections in 2018 had witnessed a hung assembly with Congress emerging as the single largest party, winning 114 of the 230. BJP was close behind with 109 seats.

While everyone’s attention was fixed on Maharashtra, the BJP made its move on the heartland state – so the chatter went.

Scindia finally broke the silence on his new, abridged Twitter bio. He told Outlook that he had simply changed his bio to make it shorter and there was no other reason. He insisted that he continues to be with the Congress. However, it is widely known that he has been unhappy with the party leadership for denying him a suitable role in the Congress. He was even denied the post of state party chief. He had earlier resigned from the post of party general secretary, in charge of western Uttar Pradesh, after the poor performance of the party.

The fact that he does not get along with state Chief Minister and party president Kamal Nath is not a secret. He recently wrote a letter to Kamal Nath, reminding him about the party manifesto and to deal with the problems of the people of the state. He had also publicly supported PM Narendra Modi’s move on removing Article 370 from Jammu and Kashmir, saying it was in the "interest of the country". Scindia is believed to have had a discreet meeting with the PM last week.

As of now, he has just removed the Congress connection from his Twitter bio – it now reads “public servant and cricket enthusiast” – sources say, he is close to breaking all connections from the grand old party.