Amid Criticism Over Errors In Predicting Monsoon Over Delhi, IMD Says Such Failure ‘Rare’

‘Failure by numerical models in the prediction of monsoon advance over Delhi is rare and uncommon,’ the IMD said adding that it had made many accurate predictions in the past 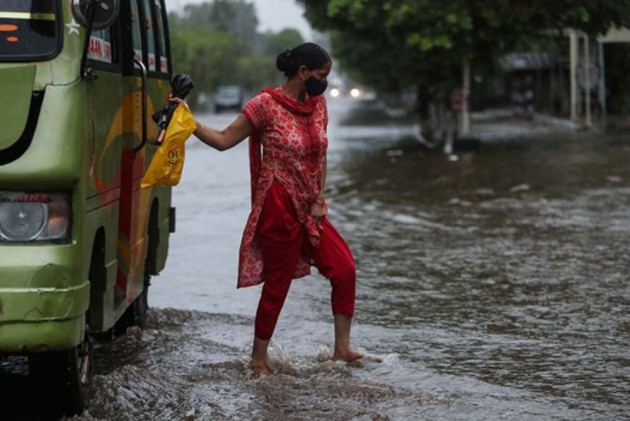 Asserting that failure by numerical models to predict monsoon is “rare and uncommon”, the India Meteorological Department (IMD) on Monday defended itself amid criticism for repeated errors in predicting the advancement of the southwest monsoon over the national capital.

The IMD’s statement comes in the backdrop of it earlier stating that the southwest monsoon will advance over most parts of north India including Delhi by July 10.

According to the latest numerical weather prediction model guidance, the Southwest Monsoon is likely to revive gradually over the south peninsula, including west coast and adjoining east-central India from July 8, the IMD had stated last week.

However, monsoon failed to keep its date with Delhi till Monday even as flash floods and cloudbursts were reported in many other parts of the country including Jammu and Kashmir and Himachal Pradesh.

Defending itself, the weather department said its latest model analysis had indicated that the moist easterly winds in the lower level from the Bay of Bengal would spread to northwest India, covering Punjab and Haryana by July 10, leading to the advancement of monsoon and an increase in rainfall activity over the region, including Delhi, from July 10 onwards.

Accordingly, the moist easterly winds have spread to northwest India, the IMD said in a statement.

These moisture-laden winds have led to an increase in cloudiness and relative humidity.

The winds have also led to a revival of monsoon over the region and the occurrence of fairly widespread or widespread rainfall activity over east Rajasthan, Himachal Pradesh, Uttarakhand, Jammu and Kashmir and scattered rainfall over Punjab and west Rajasthan, the Met office said.

It rained even in the desert district of Jaisalmer and Ganganagar -- the two last outposts for monsoon to cover -- and in the peripheral areas of Delhi, but not in the capital.

"Such type of failure by numerical models in the prediction of monsoon advance over Delhi is rare and uncommon," the IMD said.

On June 13, the IMD had said the Southwest Monsoon would reach the national capital by June 15.

The wind system continued to advance over the country till June 13, in association with favourable atmospheric circulation and a low-pressure system over the Bay of Bengal after the onset of monsoon over Kerala on June 3, it pointed out.

By June 13, it had covered most parts of the country except northwest India.

"Accordingly, a press release was issued on June 13 indicating the likely advance of monsoon into Delhi by June 15," the IMD said.

On June 14, however, the weather analysis based on satellite and NWP model consensus indicated the approach of a trough in the mid-latitude westerly winds, leading to the weakening of the easterly winds over northwest India.

Due to an adverse influence of this mid-latitude westerly winds, the further advancement of monsoon into the remaining parts of northwest India, including Delhi, was not expected, the IMD said.

Accordingly, it issued an updated press release on June 14 indicating that the further advancement of the Southwest Monsoon into the remaining parts of northwest India, including Delhi, would be slow and delayed.

"However, this development of interaction with westerlies could not be anticipated by the weather prediction models," the IMD explained.

On June 16, another press release was issued indicating a delay in the advancement of monsoon into Delhi and a slow progress into some parts of northwest India.

Accordingly, monsoon advanced into some more parts of northwest India by June 19. It did not progress further due to weak or break conditions from June 20.

Press releases were issued on June 22, 24, 26 and 30 and July 1 indicating such delays in the advancement of monsoon into the remaining parts of northwest India, including Delhi, and weak monsoon conditions over the country.