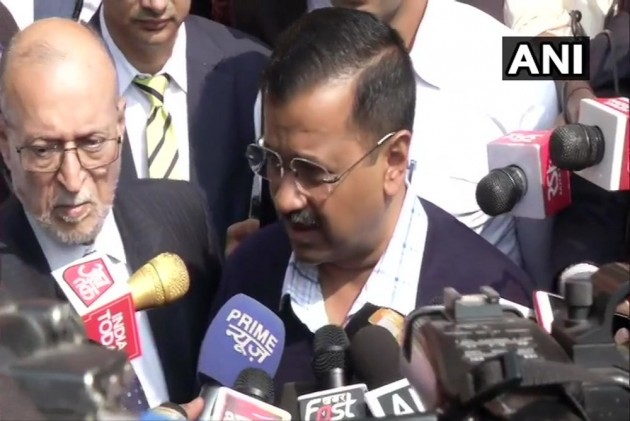 Delhi Chief Minister Arvind Kejriwal on Tuesday visited some of those injured in the violence in northeast Delhi at the GTB Hospital and appealed to people to "stop this madness".

Earlier in the day, Kejriwal met Union Home Minister Amit Shah and said the meeting was positive and all parties have stressed on restoring peace in the national capital. (Catch live updates on Delhi violence here)

"Meeting with HM Amit Shah was positive and it was decided that all parties will take steps to restore peace," he told reporters after the meeting.

"The police are doing their bit and HM has assured that whatever force is needed, will be provided," Kejriwal said.

When asked he will ask for the deployment of the army, Kejriwal said: "If it is needed then I hope... But right now the action is being taken by police... We've been assured (during the meeting with the Home Minister) that the adequate number of police personnel will be deployed as required."

"There have been complaints that a number of policemen are not enough and police is not able to take action without orders from above. I will discuss it with the Home Minister," he told reporters.

Shah on Tuesday held a meeting to discuss the prevailing situation in the national capital after violence in northeast Delhi over the amended citizenship law left seven people, including a head constable, dead.