Addressing a large "kisan mahapanchayat" in Jaipur,Congress leader Sachin Pilot said that farmers are not begging but fighting for their rights 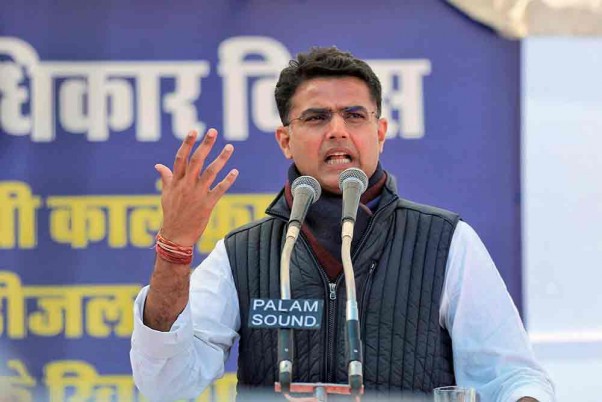 The Centre’s agricultural laws are not only anti-farmer but also against people from the middle class, said Congress leader and former Rajasthan deputy chief minister Sachin Pilot. They will force the central government to withdraw these agriculture laws, he added.

Farmers all over the country are against the farm laws because they will push the future of farmers into darkness, said Pilot while addressing a large "kisan mahapanchayat" in the Kotkhawada area of Chaksu town of Jaipur.

“There is a huge crisis for farmers in the country today. We all have to understand that the Union government has brought the laws that are not only anti-farmer but also against the middle class and the youth," he said, adding that his party was committed to the farmers' interest and will compel the government to withdraw the laws.

He also said farmers are not begging but fighting for their rights as the biggest force in a democracy are people.

A three-point resolution was passed in the “mahapanchayat”, demanding the withdrawal of the farm laws, legislation to ensure the minimum support price (MSP) for crops and the rollback of the hike in fuel prices.

It was the first major farmers' rally in Rajasthan after the recent visit of Congress leader Rahul Gandhi to the state and the third "kisan mahapanchayat" addressed by Pilot after similar events organised in Dausa and Bharatpur.

Chaksu is a region dominated by Meena, Dalit and Jat communities.