The incident took place in Karen sector after a Pakistan Border Action Team's attempt to infiltrate in India was foiled on the intervening night of July 31 and August 1. 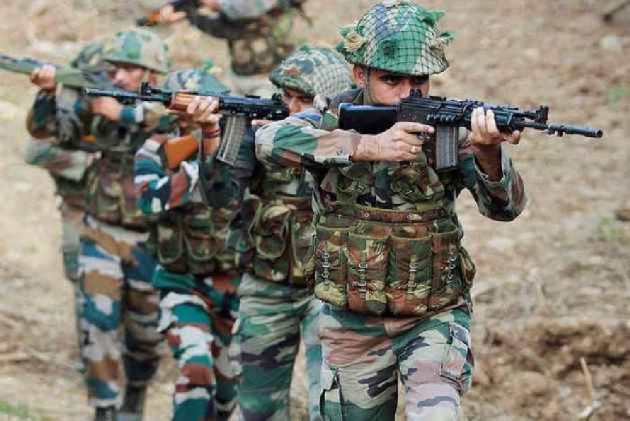 The Indian Army on Sunday asked Pakistan to take home the dead bodies of 5 infiltrators who were killed after the former foiled their infiltration bid in Jammu and Kashmir, IANS reported.

"The Pakistan Army has been offered to approach with a white flag and take the dead bodies lying on the Indian side for last rites," Indian Army sources said.

Responding to India's offer, Pakistan called it a "mere propaganda" aimed at diverting attention from Kashmir.

Pakistan Army spokesman Maj Gen Asif Ghafoor dismissed the Indian claim as "mere propaganda" and said it was "trying to divert the attention of the world form the situation of Kashmir."

Similarly, the Foreign Office, too, issued a statement rejecting the claims by India.

"We reject Indian allegations of cross-LOC action by Pakistan and possession of bodies," FO said.

The incident took place in Karen sector after a Pakistan Border Action Team's attempt to infiltrate in India was foiled on the intervening night of July 31 and August 1.

Five to seven terrorists and possible SSG personnel were killed. Four bodies were still lying in the open along the Line of Control (LoC), sources said on Saturday.

During the past week, there has been a rise in infiltration and BAT attempts besides frequent ceasefire violations to disrupt peace along the LoC in the state.

Following these incidents, the Amarnath Yatra was cut short by two weeks and pilgrims and tourists were asked to leave the Valley.