Professor blames situation on vice-chancellors’ apathy, lack of coordination between varsities and state government and confusion over reserved posts. 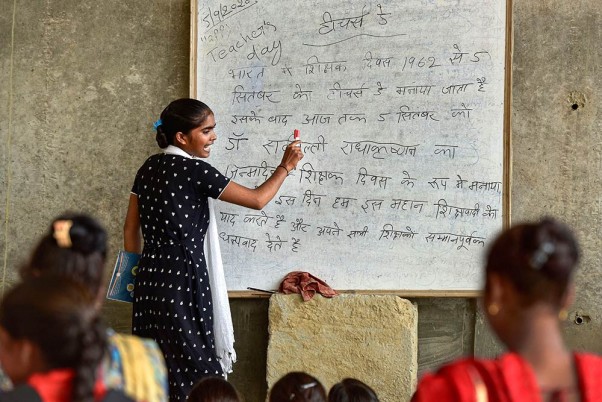 Schools with fewer teachers than required—or even without any teacher at all —are passe. But in a telling commentary on the state of higher education in Odisha, even government universities and colleges are making do with only half the sanctioned strength.

The fact came to light through a reply by higher education minister Arun Sahoo to an unstarred question posed by senior Congress leader Narasingha Mishra during the just-concluded winter session of the Odisha Assembly. In his written reply, the minister admitted that no less than 725 out of a total of 1,426 (53 per cent) sanctioned posts of professors, associate professors and assistant professors in the 10 state-run universities of the state are lying vacant.

Ironically, the situation is particularly bad in Utkal University, the premier university in Odisha that once laid claim as one of the best in the country. The minister’s reply revealed that as many as 35 of the 47 sanctioned posts of professors are vacant in the university. Things are only marginally better in respect of associate professors (44 of 76 posts vacant) and assistant professors (44 out of 134 posts vacant) in the university. Berhampur, Sambalpur, Ravenshaw and Rama Devi universities together have 100 higher-level posts vacant while Gangadhar Meher and North Odisha universities are doing without 50 sanctioned posts.

The teacher position is no better in government degree colleges. Out of a total of 2,306 teaching positions sanctioned in government colleges, 1,033 are vacant. The maximum number of vacancies is in four subjects: English (114), history (87), economics (86) and chemistry (75).

Curiously, things are much better in private colleges with only 1,353 of the 6,364 sanctioned teaching posts (21 per cent) vacant.

Why are there so many vacancies in government-run universities and colleges and for so long?

Dr Santosh Tripathy, president of the Utkal University Teachers’ Association, attributes it to three major factors: the reluctance of vice-chancellors to show the required drive and initiative for recruitment of teachers; lack of coordination between universities and the state government and confusion over reserved posts. “In 2006, the government issued a circular that barred universities from recruiting teachers on their own. Though the circular was withdrawn in 2010, confusion continued to dog university authorities for years. Instead of going ahead with recruitments, vice-chancellors played safe and wrote to the government seeking clarifications on a number of points. The replies took a long time coming. As a result, fresh recruitments took place only in 2015-16. But the communication gap between the universities and the government continued even after this and the next batch of recruitment took place only in 2019 – and that too in only two universities: Fakir Mohan University and Gangadhar Meher University,” Dr Tripathy told Outlook.

The major reason for a large number of vacancies in government degree colleges is that most recruitments, done by the Odisha Public Service Commission (OPSC), end up in the high court due to faulty question setting or evaluation. “As you know, cases in the higher courts often drag on for years. This delays the recruitment process,” Tripathy said.

Academics attribute the relatively better position of private colleges in respect of teacher recruitment to the fact that they seldom follow the UGC guidelines in letter and spirit. In contrast, government universities and colleges don’t have that luxury. “The panel for recruitment of teachers for universities has to have a Chancellor’s nominee and a government nominee, besides two experts from outside, the vice-chancellor and the registrar. These are not mandatory in case of recruitment of teachers in government colleges. Hence, it is only natural that the teacher position in private colleges is better than in government colleges,” said a teacher in North Odisha University, who did not want to be named.

This Is The Pain But I Am A Mermaid Without Tears