This is the third rape and murder case in the district within a span of three weeks, raising questions over the law and order situation in the state. 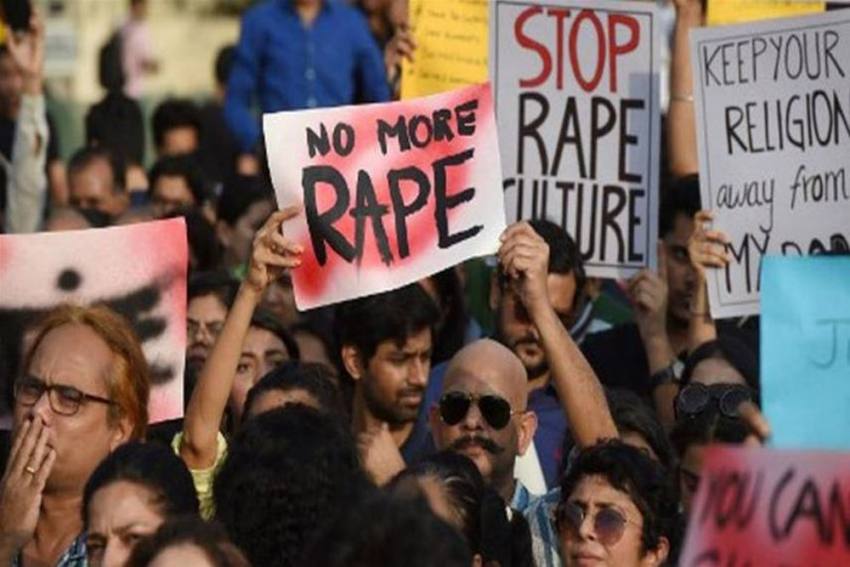 The three-year-old girl, who was found dead in a sugarcane field in Uttar Pradesh's Lakhimpur Kheri, was raped before murder, a senior police officer said on Friday. This is the third such case in the district within a span of three weeks, raising questions over the law and order situation in the state.

Having injury marks on the head, the toddler's body was recovered from the vicinity of her village in the Singahi area. She had been missing since Wednesday, police said.

"The postmortem report has confirmed rape. I am with family members right now. Seven of our teams are working on the case. I am myself going for combing in sugarcane fields and strict action will be taken against the accused," Superintendent of Police, Satyendra Kumar Singh, told said.

"If needed, NSA will also be invoked against the accused," he said.

Efforts are under way to arrest the accused while further action will be taken after the autopsy report is received, he added.

Lakhimpur Kheri district was in the news recently when a 17-year-old girl was found dead outside her village. She was allegedly raped and murdered after she left home to fill a scholarship application.

Her mutilated body was found near a dry pond, around 200 metres ways from her village falling under the Neemgaon police limits.

Prior to this incident, a 13-year-old girl was raped and strangled to death in the district.

Police said the girl had gone to her fields in the afternoon and when she did not return home, her family started looking for her. She was found dead in a sugarcane field.

Both incidents, which took place last month, drew flak from the opposition, with Congress and SP leaders attacking the Yogi Adityanath-led state government over the law and order situation.