The like-minded parties adopted a resolution, asserting the combination of CAA, NRC and NPR was an 'unconstitutional package' that targeted poor people, SC/STs and minorities. 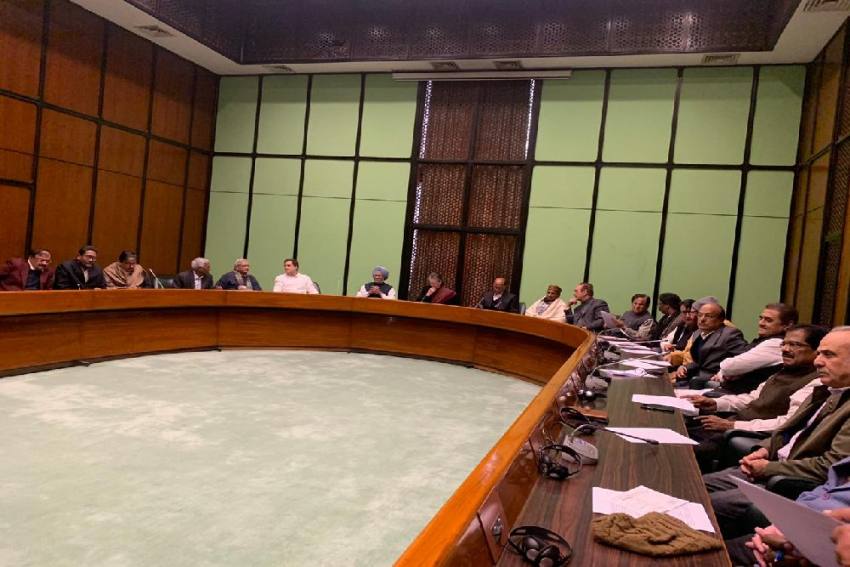 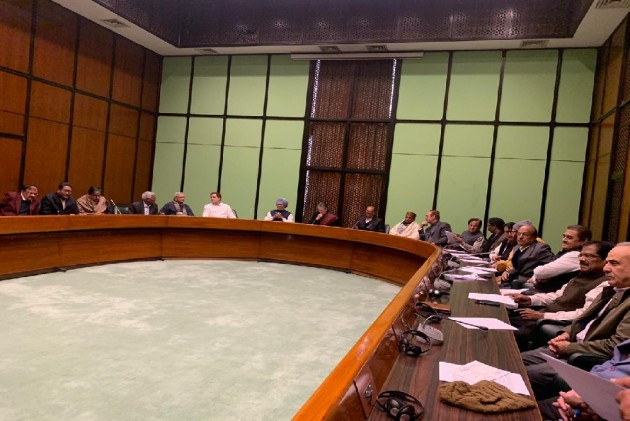 Twenty Opposition parties, led by Congress, on Monday demanded the withdrawal of the Citizenship Amendment Act (CAA) and said the process of the National Population Register(NPR) should be stopped immediately.

The like-minded parties adopted a resolution, asserting the combination of CAA, NRC and NPR was an "unconstitutional package" that targeted poor people, SC/STs and minorities.

"The CAA, NPR and NRC is a package that is unconstitutional, which specifically targets the poor, the downtrodden, the SC/STs and the linguistic and religious minorities," the resolution adopted by the parties said.

"The NPR is the basis for the NRC. We demand the withdrawal of the CAA and the immediate stoppage of the nationwide NRC/NPR," it added.

They urged all the Chief Ministers, who have announced that they will not implement NRC in their State, to consider suspending the NPR enumeration as this is a prelude to NRC.

The meeting, convened by Congress president Sonia Gandhi, saw the leaders of 20 parties deliberate the current political situation in the country, following widespread protests against the amended Citizenship Act and the violence on campuses.

"These protests are being met with violent repression in the BJP-ruled States and in Delhi where the Police is under the Home Ministry."

Expressing concern over the state of the Indian economy, the parties said the economic crisis has "pushed the economy to the verge of a recession with a record fall in the country’s GDP."

"Modi government has created an economic disaster," it said.

Significantly, the Bahujan Samaj Party (BSP), the Aam Aadmi Party (AAP) and the Mamata Banerjee-led Trinamool Congress (TMC) stayed away from the meeting.

But the ruling Bharatiya Janata Party (BJP) was quick to hit back saying the resolution against the amended citizenship law must have made Pakistan happy.

He also said the Opposition ended up "unnecessarily" attacking the Modi government in the process.

Taking a dig at the Opposition, the Union law minister said their unity stood "exposed".

"Opposition unity stands exposed as major parties like SP, BSP, TMC and AAP kept away (from a meeting convened by Congress chief Sonia Gandhi). The resolution is neither in national interest nor in the interest of security. It is also not in the interest of those minorities who fled neighbouring countries to escape persecution," Prasad told reporters.