Home  »  Website  »  National  » Opinion  »  100 Days Of Modi 2.0: Amid Indo-China Standoff, Diplomacy Emerges To Be Key Factor For Days Ahead
Opinion

100 Days Of Modi 2.0: Amid Indo-China Standoff, Diplomacy Emerges To Be Key Factor For Days Ahead

Developments along the LAC, where a face-off continues between Indian and Chinese soldiers, has somewhat affected the Modi government’s success at the diplomatic front. 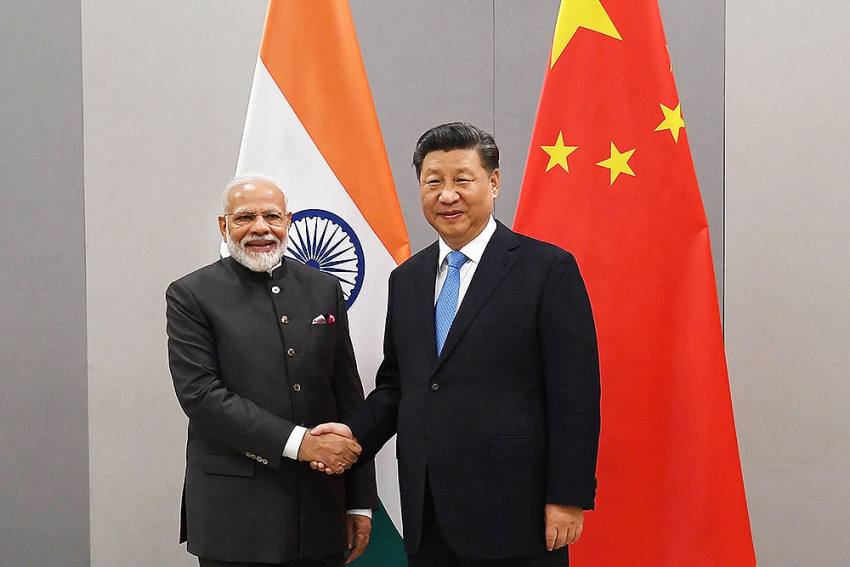 File photo of PM Narendra Modi shakes hands with Chinese President Xi Jinping during a meeting on the sidelines of BRICS Summit, in Brasilia, Brazil.
PIB/PTI Photo
Pranay Sharma 2020-05-30T21:33:28+05:30 100 Days Of Modi 2.0: Amid Indo-China Standoff, Diplomacy Emerges To Be Key Factor For Days Ahead 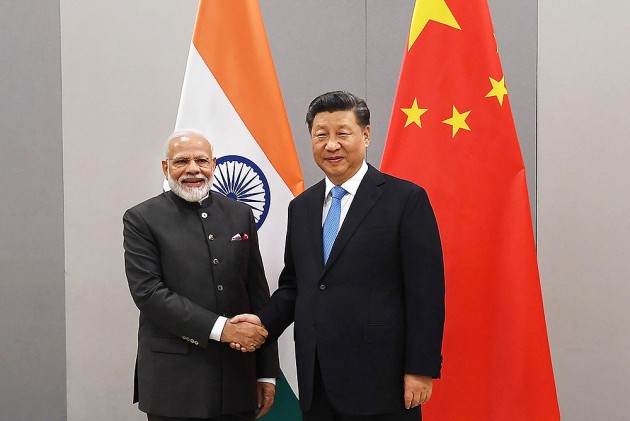 Diplomacy is often said to be the extension of a country’s domestic policy. This adage came to be realized in full in the first 100 days of the Narendra Modi government’s second term.

Three major developments in this period left their imprint on the country’s foreign policy most—the decision to bifurcate the state of Jammu and Kashmir and turning them into two separate Union Territories; the impact of the Covid-19 pandemic and the tension along the Line of Actual Control. In addition to these, visit of two foreign leaders— Chinese President Xi Jinping and his American counterpart Donald Trump to India--were the highlights of these 100 days.

Pakistan’s reaction to the suspension of Article 370 of the Constitution that accorded special status to J&K and the bifurcation of the state was seen as predictable by India and largely ignored. But it was the Chinese response that had come as a surprise to South Block.

Indian foreign minister S Jaishankar personally visited Beijing to explain to the Chinese leadership the logic behind India’s decision and assured them that it would not affect the disputed frontiers of the two countries. China not only remained unconvinced but in subsequent months it also united with Pakistan’s effort to embarrass Delhi at the United Nations for its unilateral decision on Jammu and Kashmir.

Prime Minister Narendra Modi did manage to draw the focus of the world to the relevance of Gandhiji’s teachings on non-violence and India’s impressive achievements on solar energy. But the Kashmir issue, especially the human rights situation in the Valley following Pakistan’s propaganda, took up much of India’s diplomatic efforts in getting its side of the story to the western media and opinion-makers.

The outbreak of the Covid-19 virus from Wuhan early this year forced India initially to bring its nationals safely back from China and then, taking a series of corrective and preventive measures to stop its fast spread in the country. The pandemic not only threw up a huge challenge with its disruption of the global economy, trade, supply chain and travel but also posed an enormous task at the health front. This forced India to balance between the need for the required medicine and drugs for its own domestic consumption while also in meeting its international commercial obligations as well as helping out other needy countries in the region and beyond.

A Covid-19 related issue that was also a big challenge for the Indian diplomats was to ensure the safe return of Indian nationals including overseas migrant workers, tourists, students, professionals and a host of others who were stranded in different parts of the world. in one of the biggest repatriation operations in its history, the government initiated Vande Bharat programme involving scores of flights and also some naval vessels to bring back about 200,000 Indians home. The Operation which began last month is likely to continue for many more weeks.

On the diplomatic calendar, the visit of President Xi Jinping of China in October was much awaited as it was largely seen as a continuation of the Wuhan Informal Summit that the two leaders began in 2018. The main effort was for the two leaders to spend time with each other in an informal but friendly atmosphere to understand each other's national goals better. The Indian round of talks ended cordially but with differences between the two sides remaining on some key issues. However, the fact that they agreed to a third such informal summit indicated that they were committed to engaging with each other to tackle and resolve the stickier issues on their bilateral agendas.

The visit of American President Donald Trump a few months later was equally significant. This was the first visit of Trump to the country. But the fact that he decided to come to India despite being in the middle of a campaign for the November presidential election, showed PM Modi’s personal rapport with him as well as Delhi’s importance in Trump’s scheme of things.

However, there were some worrying signs with India’s immediate neighbours on some domestic developments beginning with the fallout of the Citizens’ Amendment Act in countries like Bangladesh, Afghanistan and Myanmar. Some of which also got aggravated with other disturbing events like the Delhi riots that agitated many in the neighbouring countries about the possible shrinkage of space for religious minorities in a pluralistic Indian society. Much of the worries and concerns were addressed by the PM or the foreign minister by speaking directly to their counterparts and assuring them that the domestic developments would not adversely affect bilateral relations. But this remains to be an area of unease for Indian diplomats even in the coming days.

India’s tackling of the Covid-19 virus and success in keeping the death toll relatively low had impressed many outsiders. Also, its promptness to reach out to the neighbours and other countries with medicine and its team of doctors and nurses did go down well in enhancing India’s image.

However, developments along the LAC, where a face-off continues between Indian and Chinese soldiers, has somewhat affected the Modi government’s success at the diplomatic front.

Despite the continued face-off, most are hopeful that the crisis will be resolved amicably in the next few days. An early success in that score will certainly help the government enter the second 100-day phase in a much better frame of mind, as far as its diplomatic track record is concerned.

‘Software In A Week, Hardware In A Year’: Magsaysay Awardee Sonam Wangchuk Calls For 'Boycott Made In China'