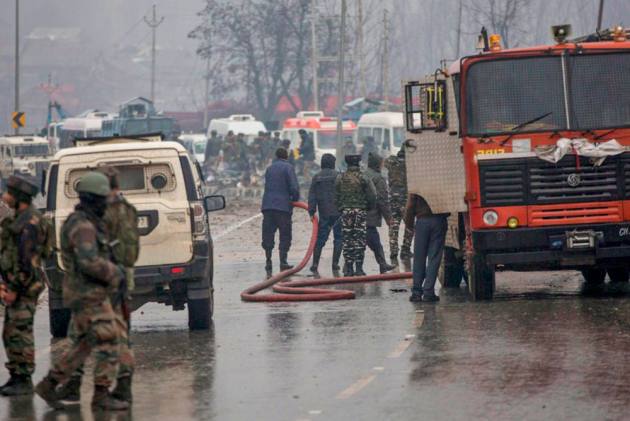 A soldier was killed and two more were injured in a suspected IED blast near the Line of Control in Akhnoor sector in Jammu on Sunday, a defence spokesperson said.

The explosion took place when an Army team was on a routine patrolling duty in the Pallanwalla area, he said.

The official identified the deceased soldier as Havaldar Santosh Kumar, a resident of Pura Bhadauria village of Agra in Uttar Pradesh.

Both the injured were rushed to the hospital, he said.

Officials said the blast happened near the border fencing in the Indian territory.

The Improvised Explosive Device (IED) is believed to have been planted from across the border and detonated when some Army personnel were moving towards a forward post, they said, adding that the condition of one of the injured was stated to be "serious".